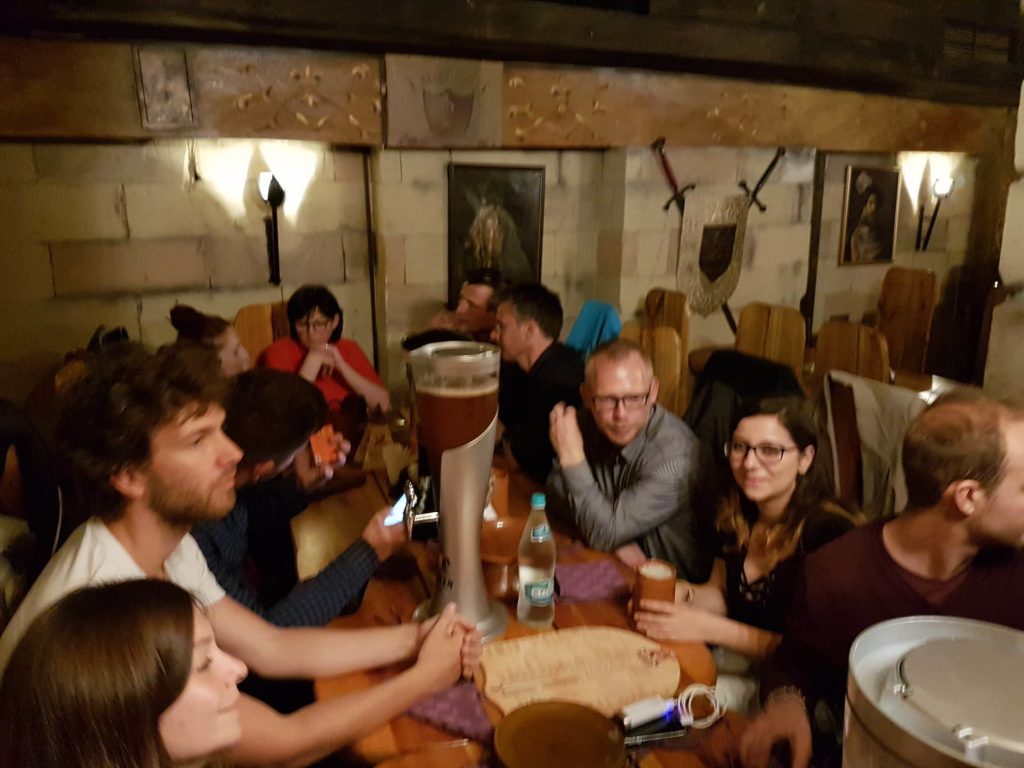 “I went out with the Romanian participants: best teambuilding ever”

So here we are: at deadline day. This was the day that we had to hand in our poster and report. Luckily we already finished ours and it was just the finishing touch! In the morning we got the last feedback on our poster. Unfortunately I wasn’t there because I had overslept. Maybe because of the lack of sleep the other night. Maybe because I went out with the Romanians. I in fact think this was the best teambuilding activity. But after a cold shower I was there in the afternoon. After the last adjustments on the poster and the report I went with Siebren to the mall to buy some new shoes for the ExpoApa. After a whole tour in the mall and 5 stores later we finally got Siebren some fancy shoes.  After we arrived at the dorms I had the best 3 hour powernap of my life. Later that day I went to the mall with Joris for some really nice Italian lasagna and a pair of new socks. When we arrived at the dorms and finished our food I was going to bed because we had to get up early for the ExpoApa. It wasn’t the lazy Sunday I had hoped but it was a nice day with many laughs!