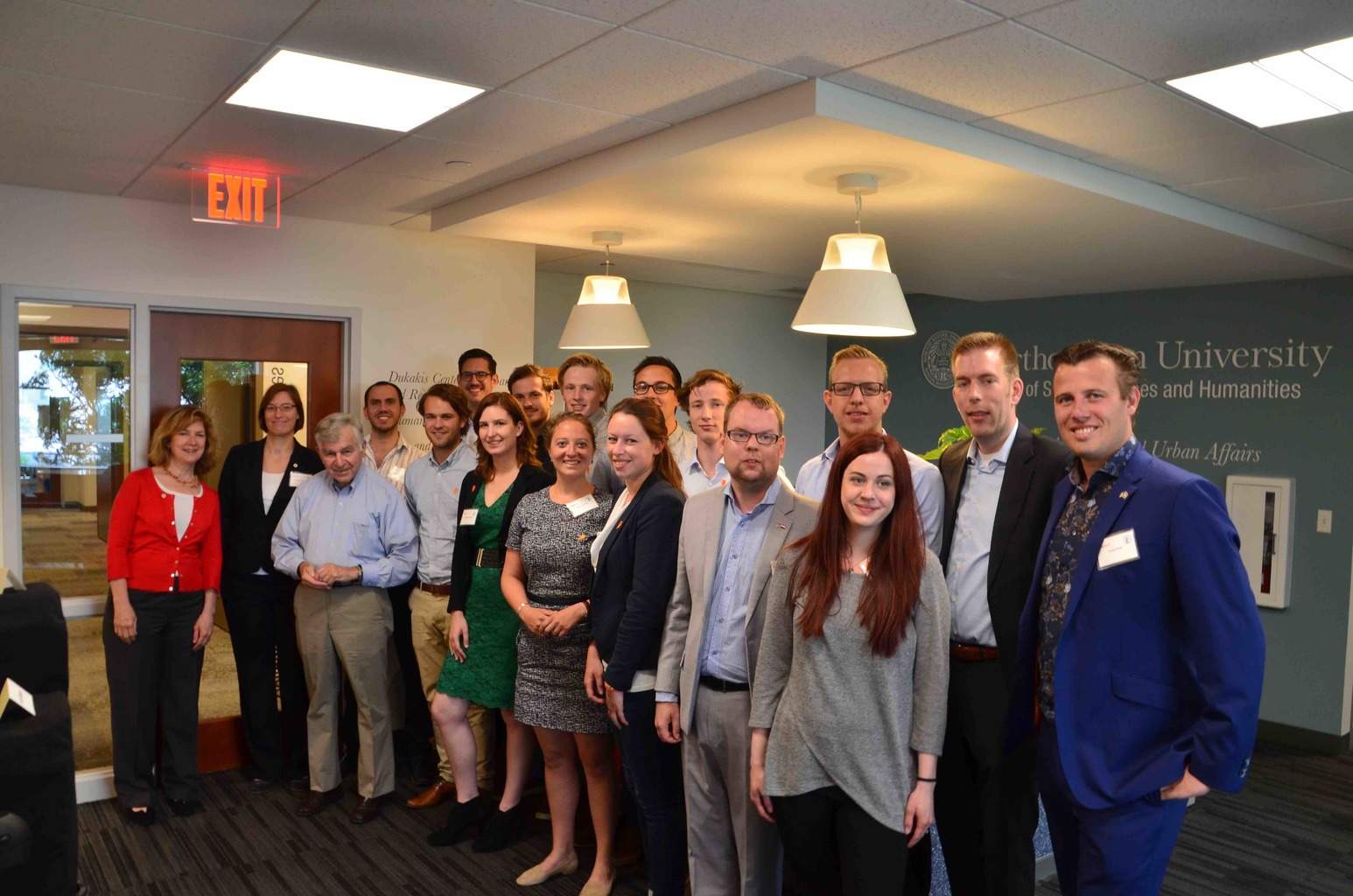 Boston, Massachusetts, United States – After 19 successful editions worldwide in the last six years, of which two in North America, the Wetskills Water Challenge was organized in Boston for the first time (after last year in Milwaukee, Wisconsin).

This Wetskills program started at 12 June and ended at 23 June. Young professionals and students in the American and Dutch water industry competed to develop an innovative concept for four case studies to create solutions for water issues in a changing world.

The teams presented the out-of-box concepts at the Workshop Boston’s ‘Urban Metabolism’ – What Keeps the City Alive and Growing on Thursday June 23.

The team of ARCADIS USA won the challenge with the out-of-box concept Safety on Pillars, a multipurpose bridge that must raise awareness for flood resiliency of the Seaport district in the future (see the poster: Wetskills-USA 2016 – Poster Team ARCADIS).

‘Boston is one of the innovation hubs worldwide. Great to be here with Wetskills!’

Pictures of the event

Climate change increases the risk, frequency, and intensity of certain extreme events like intense heat waves, heavy downpours, flooding from intense precipitation and coastal storm surges, and disease incidence related to temperature and precipitation changes. For years, the Hoogheemraadschap van Delfland therefore invested in the water system by widening the watercourses and increasing the capacity of the pumps. However, because public space in our cities becomes increasingly scarce, they believe it is necessary to enter the private domain and increase the water retainability in the cities with small-scale rain water harvesting measures. The Wetskills participants are challenged to develop an innovative way to roll out small scale storm water harvesting measures on private properties on a larger scale with the aim to prevent urban flooding and drought in the face of climate change. The method should be broadly applicable, with the Dutch city of Delft and US city of Boston as focus areas.

Recent studies by the Climate Ready Boston and University of Massachusetts Boston have shown that cities in the Northeast of the US like Boston are likely to see sea levels rise by 2 feat by mid-century up to possible 6 feat by the end of the century. These sea level rise projections are three to four times higher than the global average. In addition to flooding, climate change effects such as increased precipitation and extreme heat will affect the infrastructural, environmental and social systems that citizens rely on every day. This case of Arcadis is focusing on one of the most distressed areas in the downtown city center, the Boston Seaport District. The area has seen a massive redevelopment in the recent past and is now facing the challenge to adapt to climate change, and explore and retrofit flood protection strategies over time. The Wetskills participants are tasked to assess climate implications for the Seaport District and propose innovative strategies to mitigate vulnerabilities and guarantee long term business continuity of this vibrant area.

Cities play a prominent role in our economic development as more than 80% of the Gross World Product comes from cities. However, modern day trends such as rapid urbanization, climate change, inadequate maintenance of water infrastructure and poor solid waste management may lead to flooding, water scarcity, water pollution, adverse health effects, and cause rehabilitation costs that may overwhelm the resilience of cities. City governments therefore need a comprehensive way to see how their city performs in terms of water management, which is why KWR developed the City Blueprint. This is a quick benchmarking method that gives a concise overview of current management practices in the urban water cycle, accounting for themes such as water quality, solid waste, basic water services, wastewater treatment, infrastructure, climate adaptation and governance. KWR challenges the Wetskills participants to create a City Blueprint of Boston and to develop an innovative plan for improving the City Blueprint scores in a cost-effective way.

The Federal Reserve Bank building in Boston, constructed in the early 70s of last century, is located along the waterfront of the Fort Point Channel. At the time the office was built, issues of climate change and sustainable development were still behind the horizon. But sea level rise, increased frequency and volumes of torrential rainfall and more frequent and more intensive heat waves threaten functioning of the building. Moreover, the call to reduce energy consumption for heating and cooling and motorized transport – to achieve CO2-emission reduction – is louder than ever. And so is the call to reduce consumption of natural resources such as water, building and office material. Harvesting water and thermal and electrical energy as well as use of local resources and recirculation of material and energy flows can make the building more self-sufficient and resilient. Central question for the Wetskills participants is how the Federal Reserve Bank can make its building flood proof “under any condition” for the next 100 years.

Do you also want to submit a challenge and get an out-of-the-box concept (Pitch and Poster) in one of our Wetskills event worldwide? The Wetskills organization is looking for Case Owners for the events worldwide; companies, knowledge institutes and organisations that formulate their case and support this Wetskills programme, see as example: Leaflet Case Sponsors Wetskills-South Korea 2018. For more information: contact Johan Oost (johan.oost@wetskills.com).