For the fifth time to Romania!

Wetskills Foundation and partners organized the Wetskills Challenge for the fifth time in Bucharest, Romania. This Wetskills edition in Romania was hosted by the University of Agronomic Sciences and Veterinary Medicine of Bucharest. Other main partners of this event were the Politehnica University of Bucharest and Technical University for Civil Engineering in Bucharest, the Romanian Water Association, Apele Romane and the Embassy of The Kingdom of The Netherlands.

Romania has a very diverse landscape and water system, with high mountains and the largest Delta of the European Union: Danube Delta. Romania faces challenges in water and wastewater, in both large urban areas as well as remote rural villages, and has a large water management experience of dealing with floods and droughts. And the country itself is inspiring and various: From the booming big Bucharest with its historic buildings and churches, immens large People’s Parliament and the Old City with bars, pubs as heart of the City to idillic smaller cities and villages in epic Transylvania and more low and dry Wallachia (border to Bulgaria) and the Europe’s largest bioreserve Danube Delta.

This edition of Wetskills started on 11 September 2021, and was taking place in and around to the great city of Bucharest. During the 2-weeks program the participants worked in international, multidisciplinary teams on real-life water cases. The finals and awarding were during an hybrid workshop with livestream on 22 September.

Joining this Wetskills Event – What do you get?

A unique learning experience where you will tackle real-life water challenges with your own team!

♦ You will increase your skills in: international cooperation; problem solving, cross-cultural and interdisciplinary teamwork, networking and presenting (pitch & poster);
♦ You will get the opportunity to connect with other international water students/young professionals;
♦ You will visit Bucharest and surroundings: water-related, natural and cultural sites, and meetings with water experts;
♦ You will learn, network and experience more about international and regional water challenges, the main stakeholders and organisations, contemporary issues and current business opportunities;
♦ You will receive a certificate of participation upon completion of the program.

Zwolle explicitly positions circularity, and works with partners in the region on the transition to a circular economy. The ambition is to become the fourth most circular city of the Netherlands. To achieve this goal, reducing waste streams is required, and specially in neighborhoods with blocks of flats this is a challenge. Currently, households have the option of separating plastic, paper and residual waste. Residual waste is where the problem arises because it includes many streams that are bundled together as one, including organic waste. Question of the city is: How can organic waste be separated from the residual waste stream? and what valuable use could be made of it in the city? 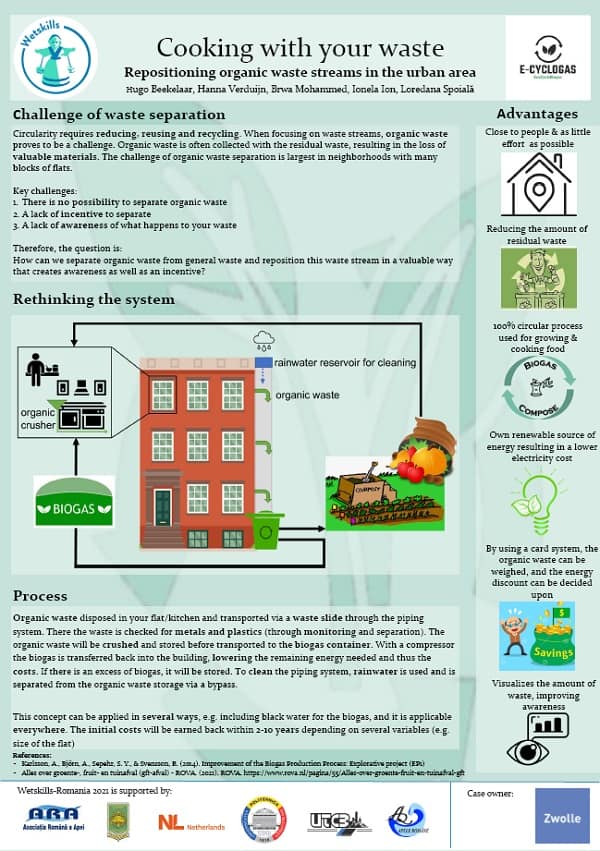 Romania and The Netherlands, cooperating under the BlueDeal programme, are water-rich countries with a long-standing history of combatting floods and keep their feet dry. Due to climate change, both countries are becoming more vulnerable for heavy rainfall. RBA Siret in the Northeastern part of Romania is facing severe flash flood challenges. Especially farmers and inhabitants of small villages suffer. The team is asked to create an ‘Inspiration guide’ to showcase innovative and economic attractive measures against flash floods. This should create more awareness and indicate concrete solutions for all stakeholders in a pilot area. Together with a simple “kitchen table” poster(s) for dialogue, the Inspiration Guide should contribute to the innovative Integrated Water Resource Management Plan for the pilot area. 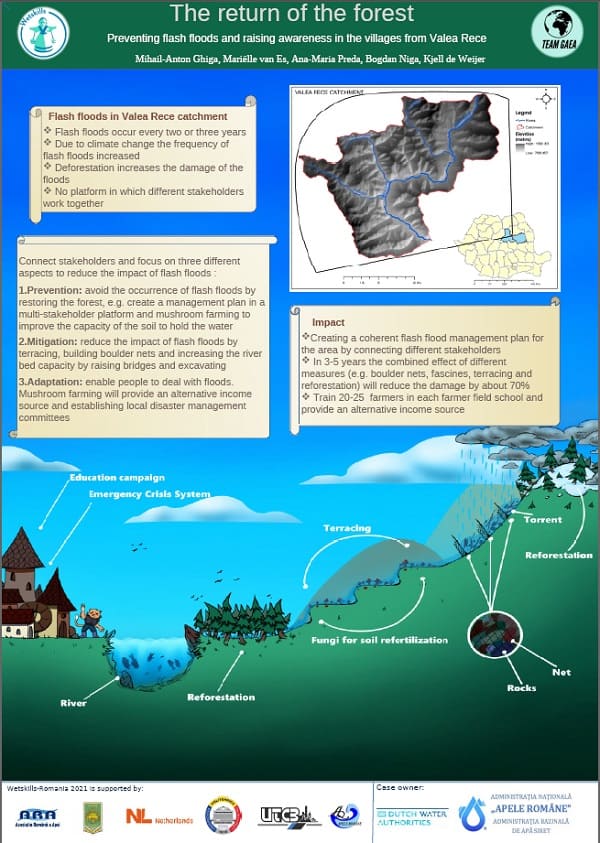 Is it possible to use water in places where you are not present at that moment? Yes, it is! When we consume a product that was produced in a different country or place, we also virtually consume the water used to produce it. This is what we call ’embedded’ or ‘virtual’ water. When products are traded across the globe, there is also a trade in virtual water taking place. The Water Footprint, a method that determines the freshwater use in production processes, is an excellent tool to provide insights in the virtual water flows between continents, countries and/or river basins. How can we use the virtual water flow between Romania and Hungary for improving the sustainable freshwater management in both countries? 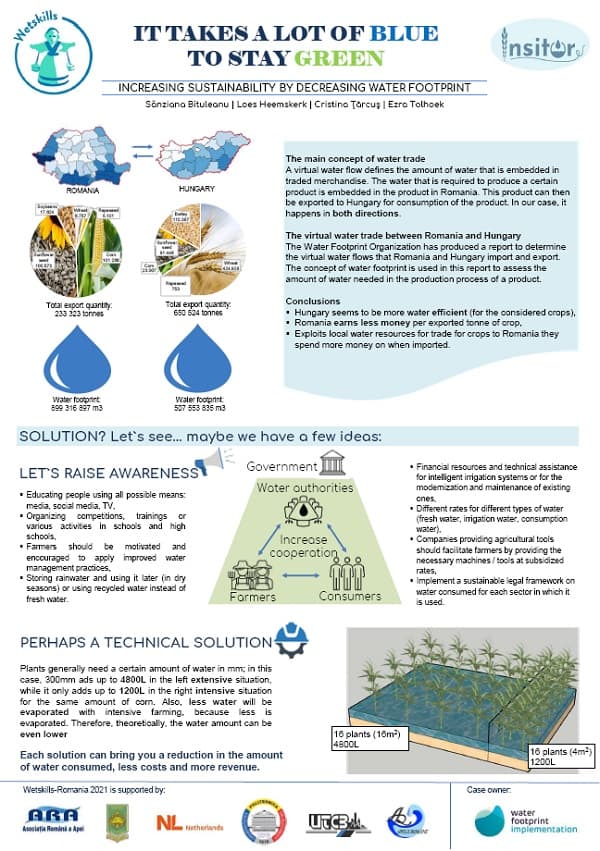