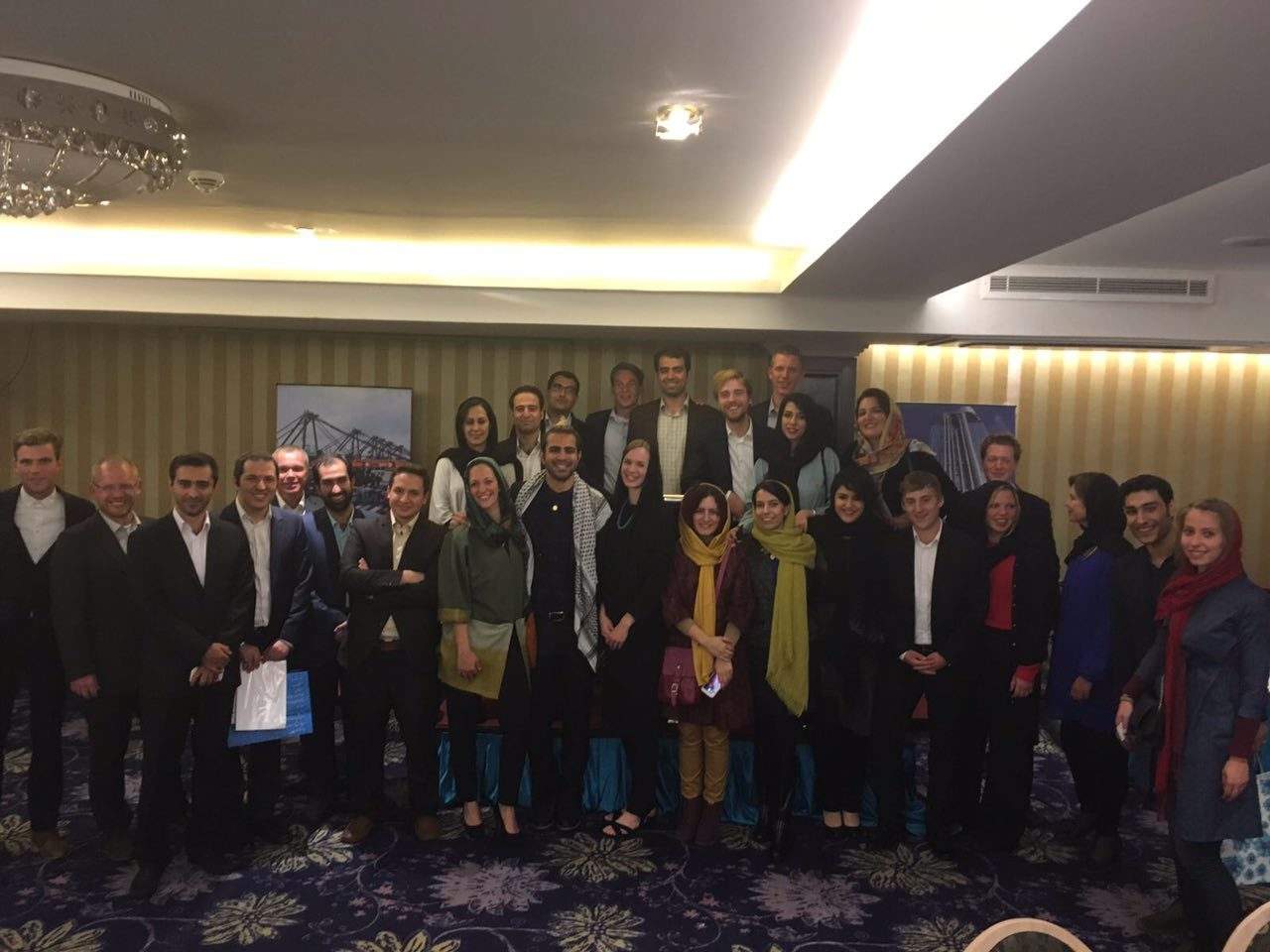 Tehran-Iran, Minister of Environment and Infrastructure of Kingdom of The Netherlands, Ms. Schultz van Haegen announced and awarded the winning team of Wetskills-Iran. The Wetskills jury found that returning a flamingo to Lake Urmia to raise awareness on all kinds of levels in society (from primary schools to farmers to municipalities) was the idea worth awarding. The awards were given at the trade dinner for the Dutch mission to Iran headed by Ms. Schultz van Haegen.

Between 15 and 25 October, the first Iranian Wetskills Challenge took place in Iran. During the event in Tehran, 25 students and young professionals from Iran and The Netherlands worked together in teams to come up with out-of-the-box concepts for actual water related cases, posed by Iranian and Dutch case owners. The event was aligned to the trade mission of Minister of Infrastructure & Environment of The Netherlands, Ms. Schultz van Haegen to Iran. The Sharif University of Technology Shahid Beheshti University in Tehran are joinly hosting the event.

Press-release no1 Wetskills to Iran

'Participating in a Wetskills Water Challenge was a great experience. Iran is so different than The Netherlands. I learned a lot.'

Water scarcity is a major growing challenge in Iran. Though technically and economically water re-use provides excellent opportunities, the cultural and religious resistance against bringing back treated waste water in the drinking water cycle is considerable. However, there is plenty of opportunity to re-use water outside applications that directly or indirectly involve human consumption (e.g. landscaping, cooling, industrial use). How can the amount of water increased that is re-used safely and disinfected?

Rafsanjan, the main producer of pistachio in Iran, is a sample of human settlements coping with severe water scarcity and its associated socio-economic problems. Beside the engineering solutions we need to make the socio-ecological systems more resilient in water scarce situation. The assessment of different policy options in this hazardous situation is a new challenge.

Lake Uremia is a lake with salt water. The shrinking of the lake results in soil challenges for the agriculture. The Wetskills Team that will work on this project might find solutions related to cloud seeding, preventing salt dispersion or changing the economic ratio and thus finding another way of life for the region. 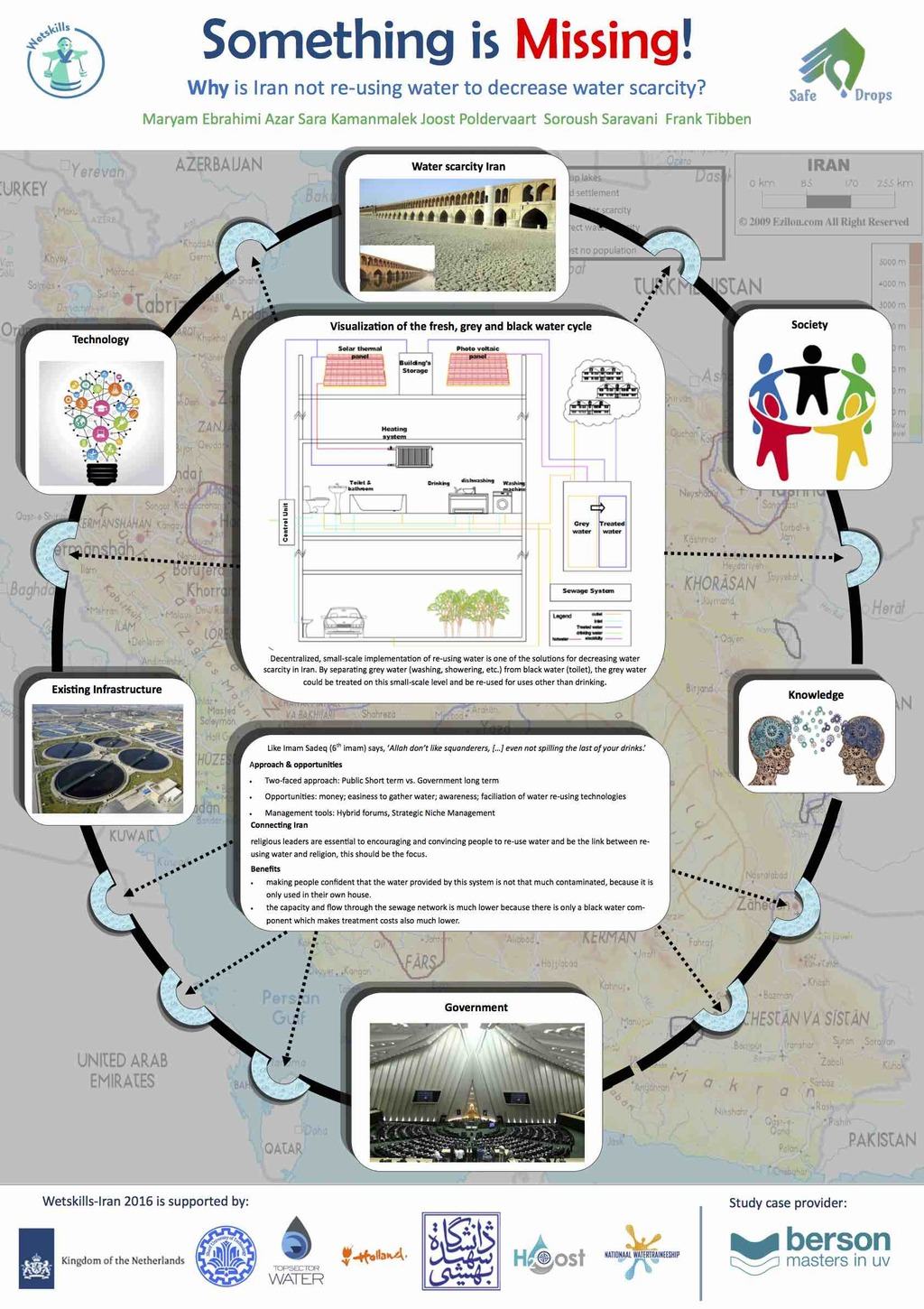 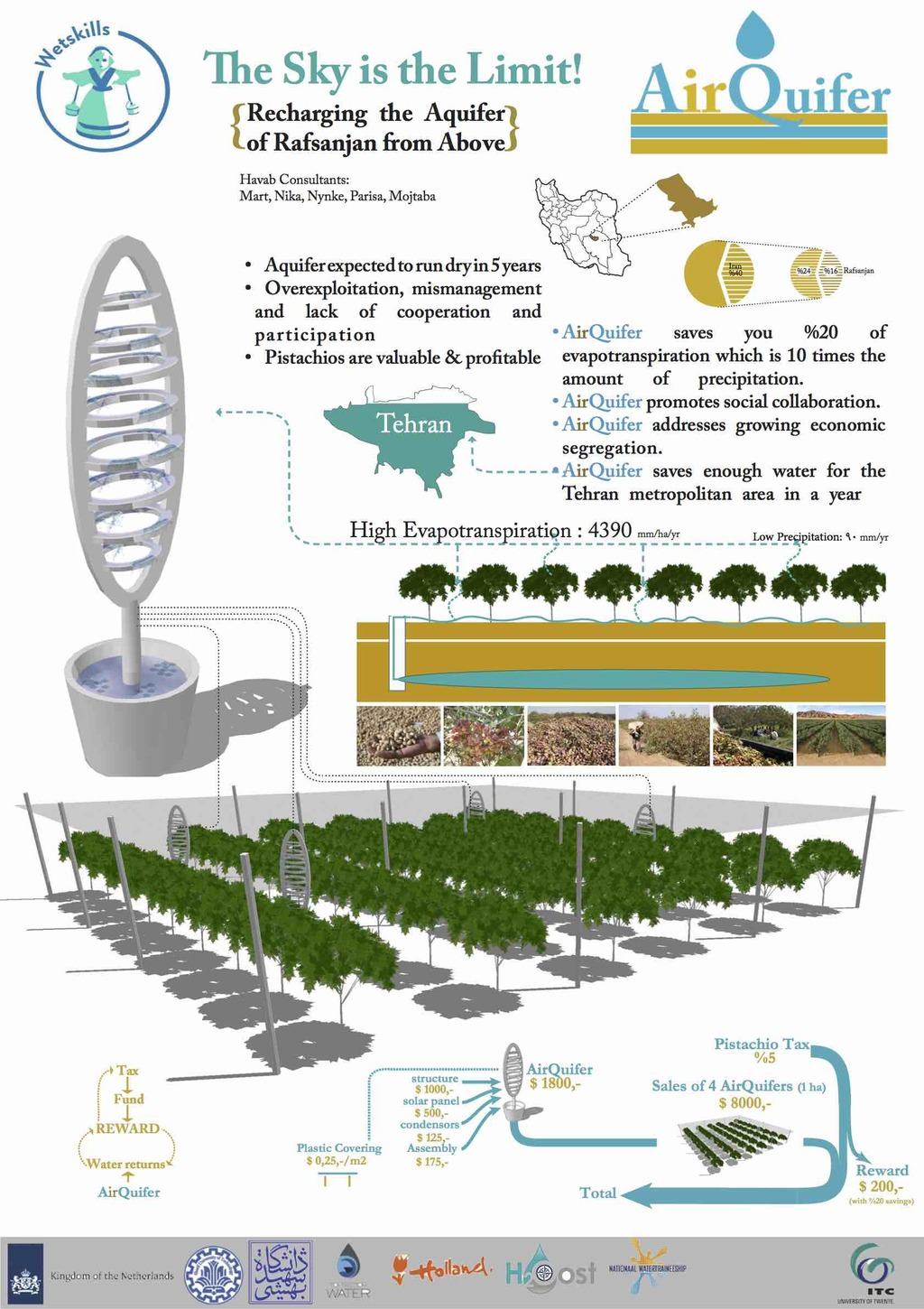 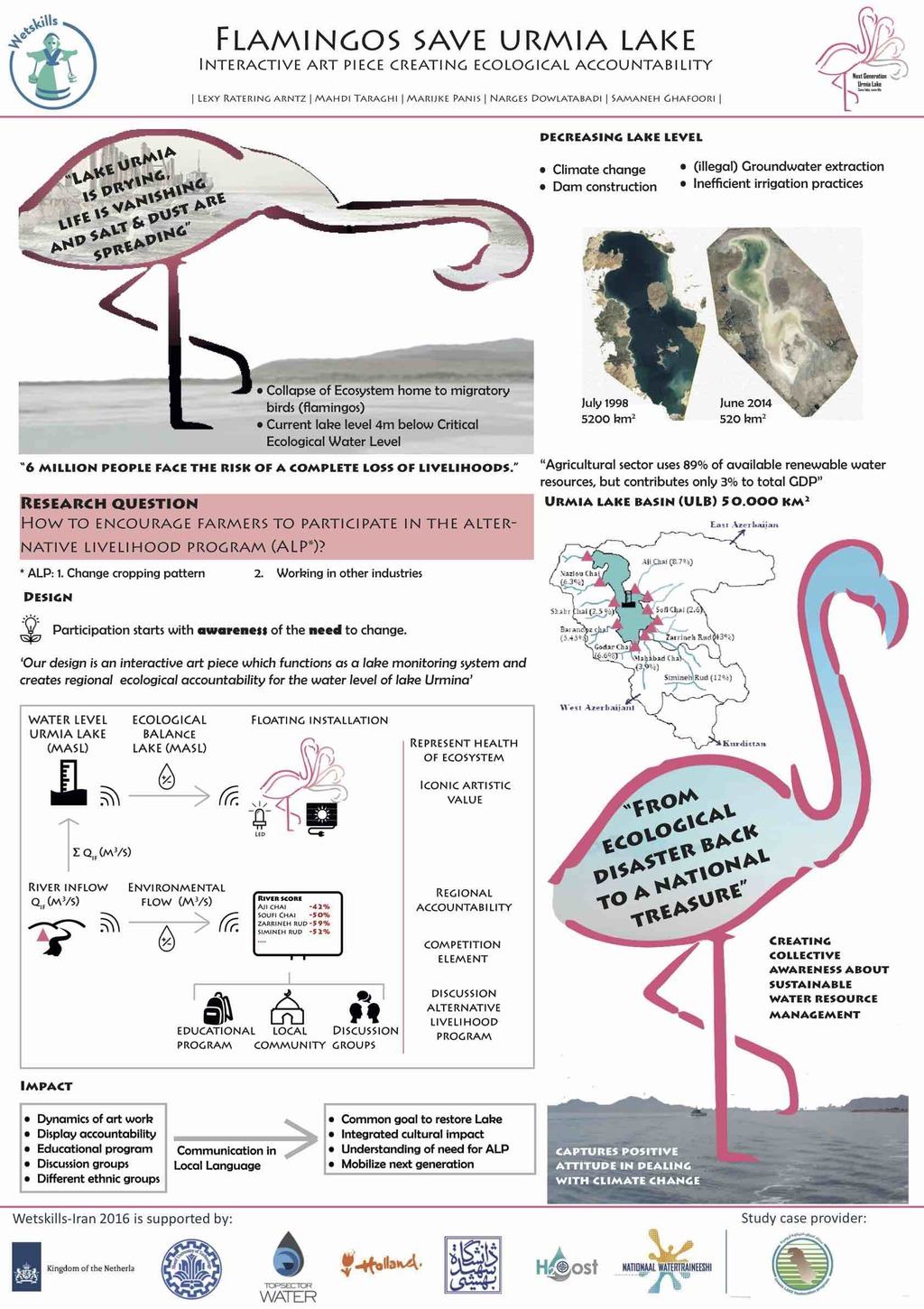 A substantial increase in the rate of industrialization, agricultural activities and urbanization in Hashtgerd Plain, results in a dramatic  increase of water consumption. Consequently, appropriate water resources management is essential.

Anzali Port is located in the north of Iran at the Caspian Sea. The port is situated at the famous Anzali lagoon. Due to the sediments and tons of household, industrial and hospital waste entering the lagoon each year, the lagoon has gone from a nine-metre depth in 1975 to just one metre.

How can the sediments from the lagoon to the Anzali port be reduced in the short and long term. 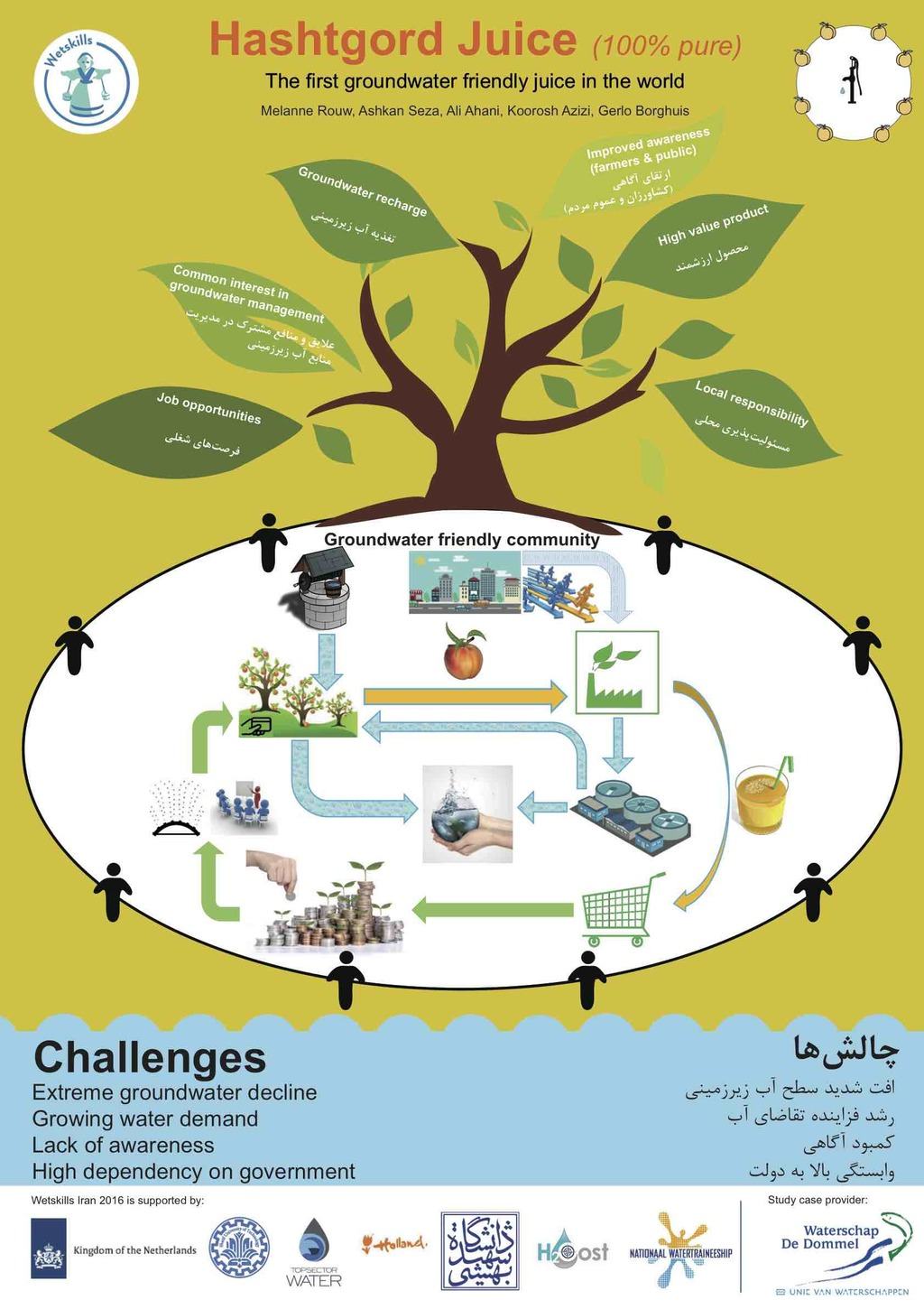 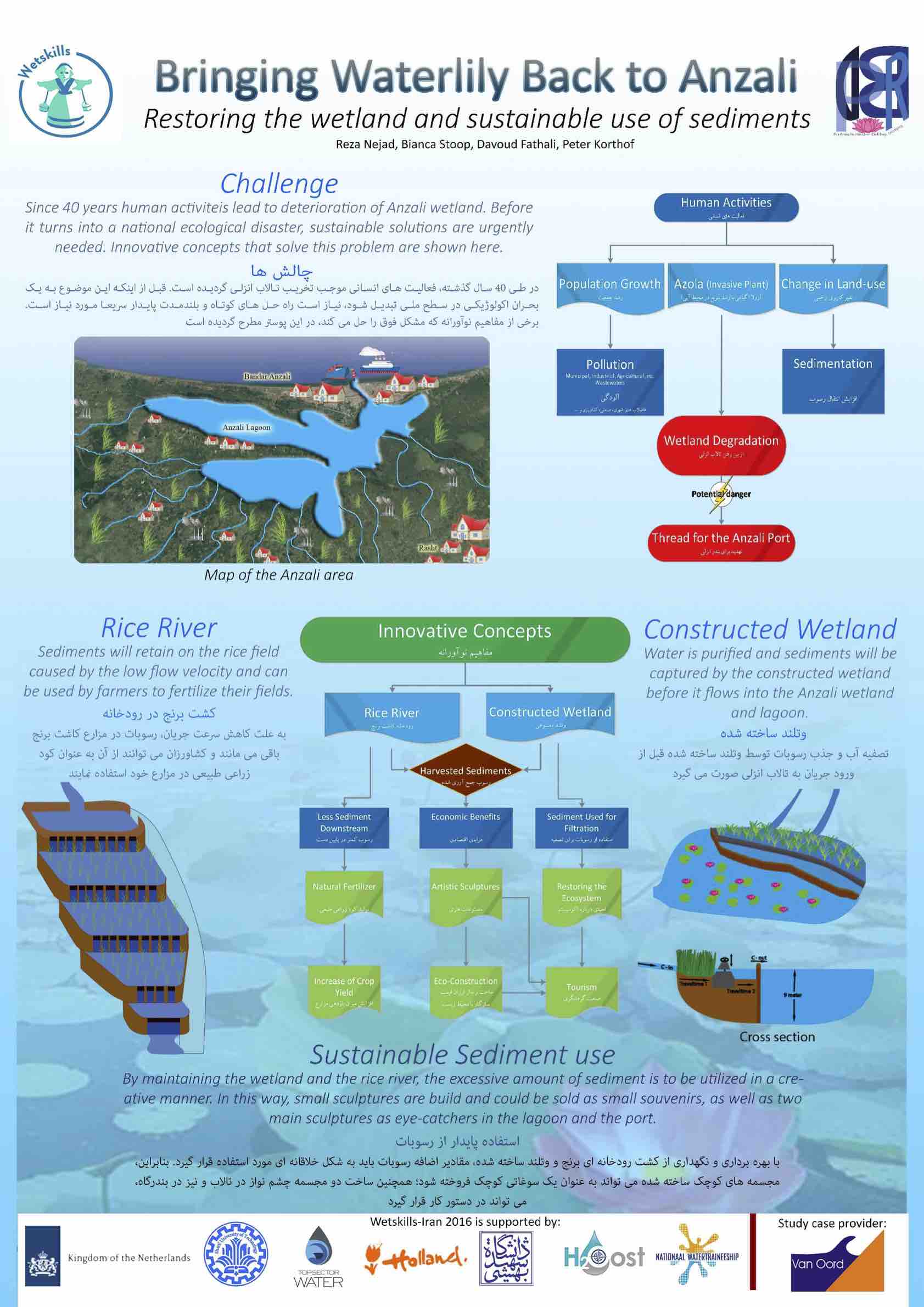