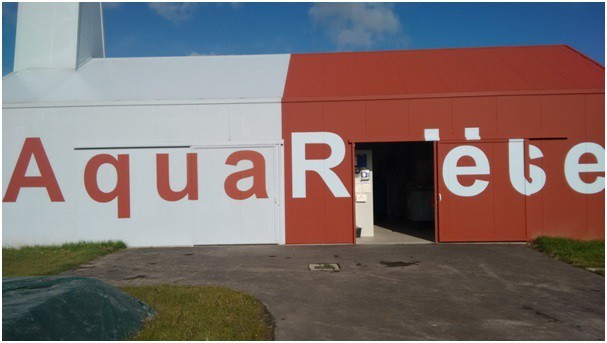 It was a hard day because it was the day of my arrival to Amsterdam but it was a marvellous day as we started the day at 10:30 am, we went out for a journey in Rotterdam city that was a beautiful city and I saw a lot of solar panels in the way.

After that we went to “Aqua Reuse” water buffer that act as a reservoir for saving rain-full water to use it in future agricultural irrigation, it was a great idea to save water from rainfall.

Then we went to the storm surge barrier that is a huge structure that was constructed to protect Rotterdam city from flooding as a result of storm surge. We also took a round with Michael in Rotterdam and he showed us an innovative structure, it was a structure that collects rainwater and distributes it to the surrounding plants and also decreases the flooding effects.

In general, it was a great day as it is my first visit to Netherlands, it gave me a lot of experience about talking to new people from different countries and cultures and seeing a lot of new structures and places that are favourable to me as my work is in the field of water, also I had gained new information about Rotterdam city. Finally the funniest thing of the day was that we had to run in the railway station to catch the train.