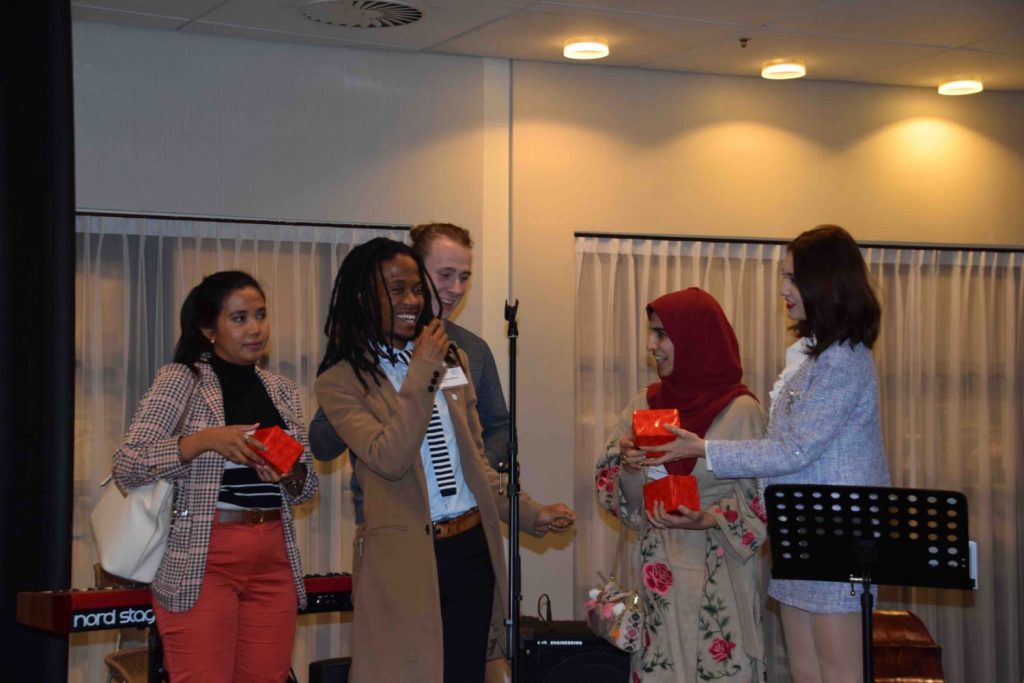 The jury had to choose between four out-of-the-box concepts focused on water challenges in The Netherlands. The concepts were created by teams existing of young water talents from eight different countries worldwide. The jury chose Water Wide Web 3.1. as winner, because of the potential to scale-up and implement the concept to other cities. The concept is to store energy in various levels (household, neighbourhood and city) with the use of various innovative technologies that are already on the market.

Case owner
Waternet Amsterdam was the case owner of this team and formulated the case where the team worked on during the two week Wetskills event. Amsterdam aims to increase to speed of the use of green energy, also by using the potential of water. The case owners requested the team to go further with the Water Wide Web-concept that was created during the Wetskills edition in South Korea (February 2018). “In the new ‘3.1’ version of this event the focus is on storing of energy in household, neighbourhoods and city level. Amsterdam has the ambition to be energy neutral in 2040. The storing of energy will become a key link to make this happen” said Peter Jansen, the team’s contact person from Waternet. He continued: “The team came up with the idea to install the so-called Blue Battery in the empty spaces under the houses, which is an interesting angle. Also techniques as circulate the gained energy form solar panels, wastewater treatment plants and windmills on a city scale was included.”

Follow-up
Peter Jansen is very enthusiastic by the work and ideas of the team: “It is a fantastic plan. It could be implemented in old and new houses and neighbourhoods. It can be used in combination with existing networks. Inspiring! Waternet is aiming to implement ideas in the new neighbourhood of Buiksloterham, where Waternet already tested soms new ways of wastewater treatment. We will do some pilots and the goal is to present the first results at the Amsterdam International Water Week in 2019.” 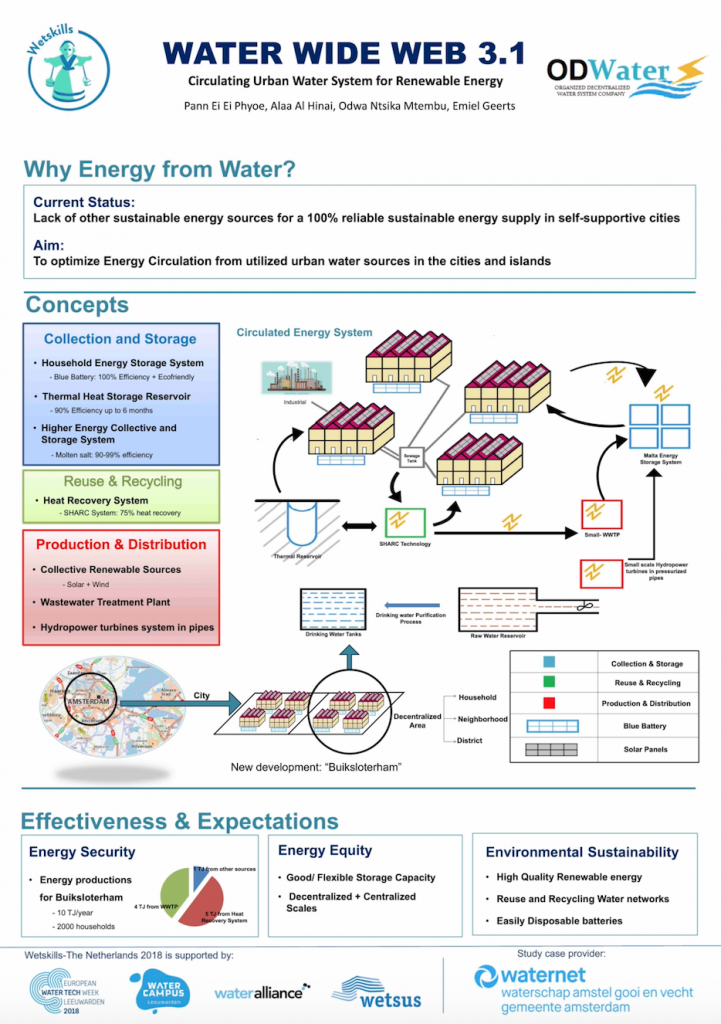