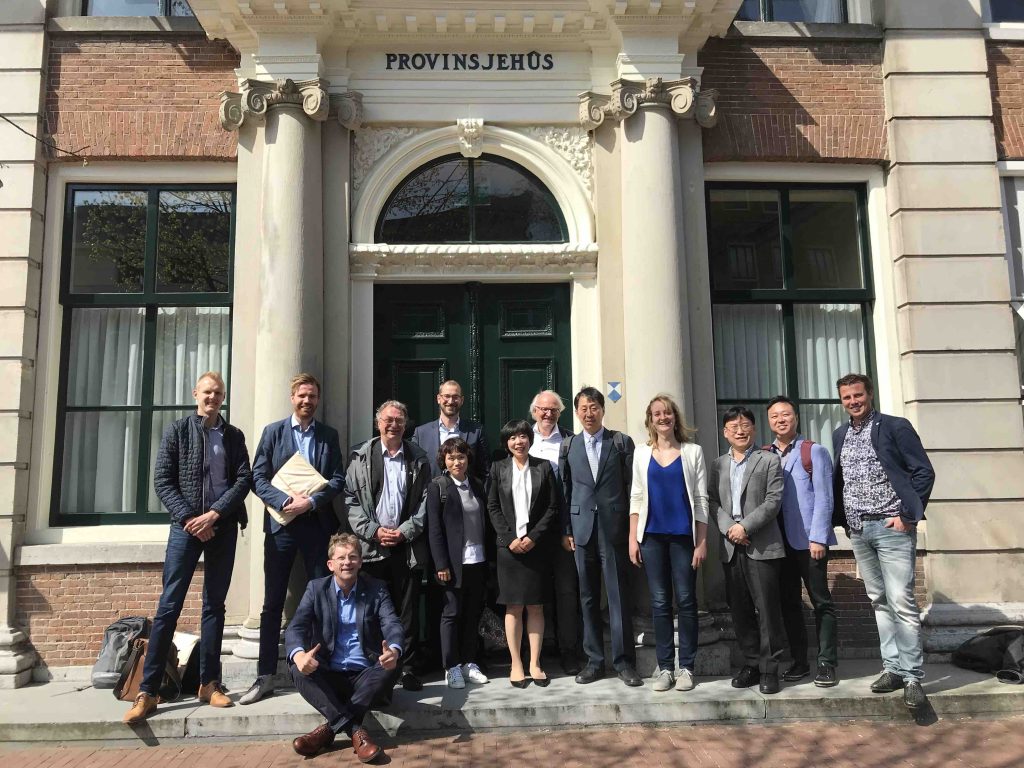 On the sunny Thursday before Easter (in The Netherlands), a Korean delegation of Daegu Metropolitan City visited Leeuwarden. As part of their bigger tour through Europe, they were invited by the Province of Fryslân to gather for a meeting about the Korean International Water Week (KIWW) 2019. Not a coincidence ofcourse, as Daegu is the organizer and host of this prominent event. As Wetskills Foundation will organize another challenge in South Korea this year, with its finals at the KIWW in Deagu, we joined this meeting to introduce our programme and talk about the set up of the finals (6 September 2019). Wetskills and the participants will join and reintegrated in almost the whole KIWW 2019 programme. In addition, the Province of Fryslân will be case owner during this Wetskills-South Korea challenge, as they did during the past edition in 2018.

After an introduction on watermanagement in Leeuwarden, WaterAlliance and the Water Campus by the Province of Fryslân, Wetskills Foundation briefly introduced the Wetskills philosophy, our goals and the outline of the challenges. The aftermovie of Wetskills-South Korea 2018 was shown shortly after and it definitely blew their minds. No more explanation was needed; the movie immediately put a smile on everyone’s faces. We were able to run through and discuss the set up of the finals with the delegation and it all looks very promising: the excitement was set.

After a joint lunch we said goodbye to each other, both parties looking forward to meeting again during the KIWW 2019 in September. Wetskills-South Korea 2019 is off to a great start!