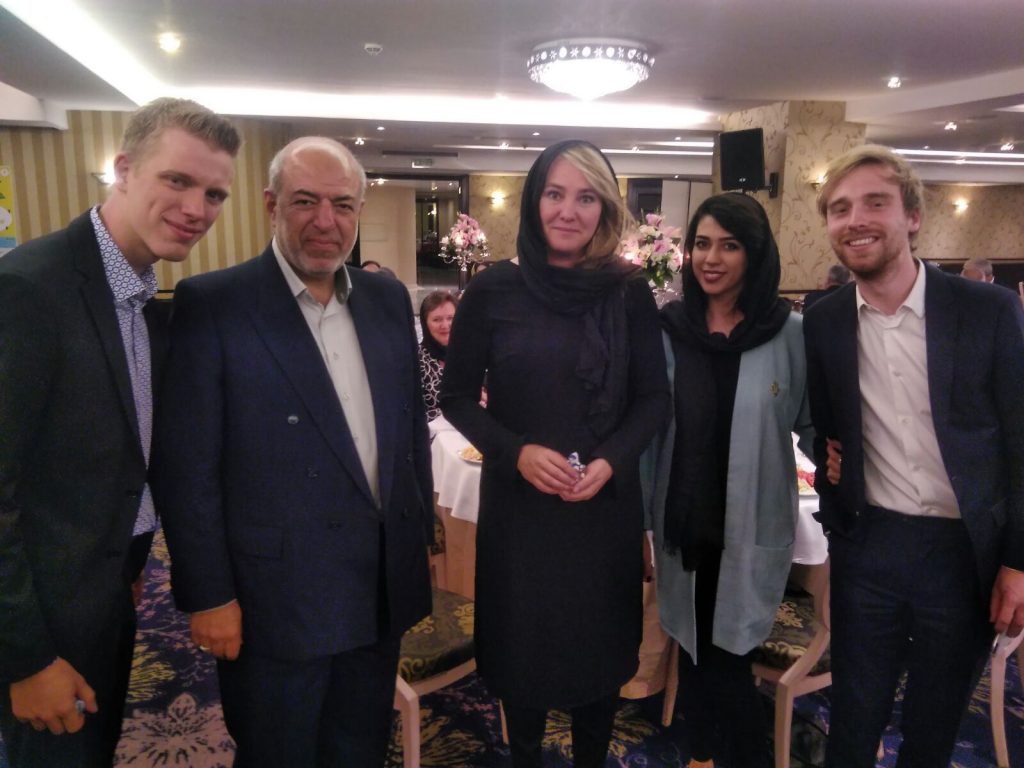 Tehran-Iran, Minister of Environment and Infrastructure of Kingdom of The Netherlands, Ms. Schultz van Haegen announced and awarded the winning team of Wetskills-Iran. The Wetskills jury found that returning a flamingo to Lake Urmia to raise awareness on all kinds of levels in society (from primary schools to farmers to municipalities) was the idea worth awarding.The awards were given at the trade dinner for the Dutch mission to Iran headed by Ms. Schultz van Haegen.