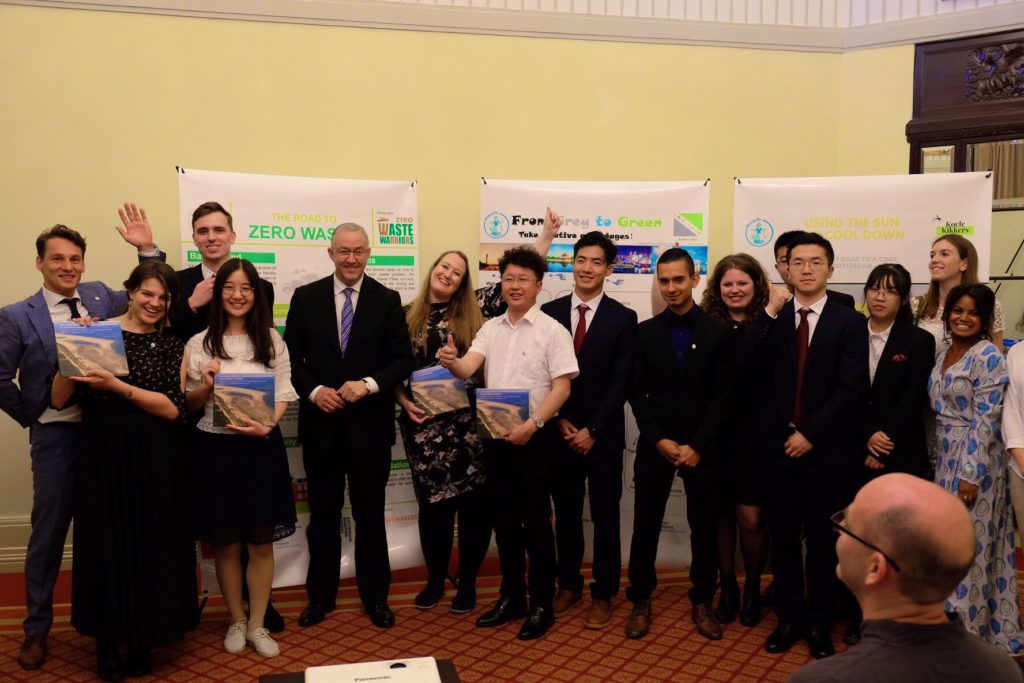 “While water is not a top of mind theme in the City of Rotterdam, water is the every important challenge of each day.” stated Mayor of the City of Rotterdam Mr. Ahmed Aboutaleb, guest of honor, having the privilege to award the winning team of Wetskills-China 2019. He inspires the next generation of water leaders at a special seminar during the 40 years sister city relationship celebration between Shanghai and Rotterdam with the following words:“Our youth needs to understand how to respect the environment, to experience her importance and be aware of the consequences of their behavior and actions.Living with water is the one of the important concerns in Rotterdam. We need to teach the next generation to safeguard our cities, to secure a sustainable world and to create a livable and inclusive society. Wetskills is very useful method to reach this.”

Regarding living with water, the City of Rotterdam can learn from City of Shanghai and vice versa. Consequently, water was one of the important topics of the mission related to the 40 years sister city relationship of both cities. Linked to this mission the Wetskills Foundation and partners organized the Finals & Awarding Ceremony of this third Wetskills-China Water Challenge (2019). Team Koele Kikkers & Co., with team members Lisa Verver (Waterschap Hollandse Delta), Meijia Zhuan (Wuhan University), Eva den Boer (Hogeschool Zeeland & Dutch Wavemakers) and Liu Yang (XiZang Origin water Environment Technology Co.,Ltd.) won this edition with their concept ‘Using the Sun to Cool Down’. Rotterdam Maritme Capital group formulated and supported this team as case owner.

The third Wetskills Water Challenge in China (35th event worldwide) started during the Aquatech-China in Shanghai on 3 June. After teambuilding activities, exchanging cultures, getting to know each other, the working activities started with the Brain Hurricane on 4 June as a special session at the Aquatech-China. Ongoing the participants worked for 8 days in Hangzhou (see also this movie about Wetskills-China 2019). This third event was organized together with the local host Zhejiang University of Technology and partners as: Aquatech, Top Sector Water, Wuhan University and case owners: Dutch Wavemakers, Rotterdam Maritime Capital and Water Footprint Implementation.

Poster of the winning team: 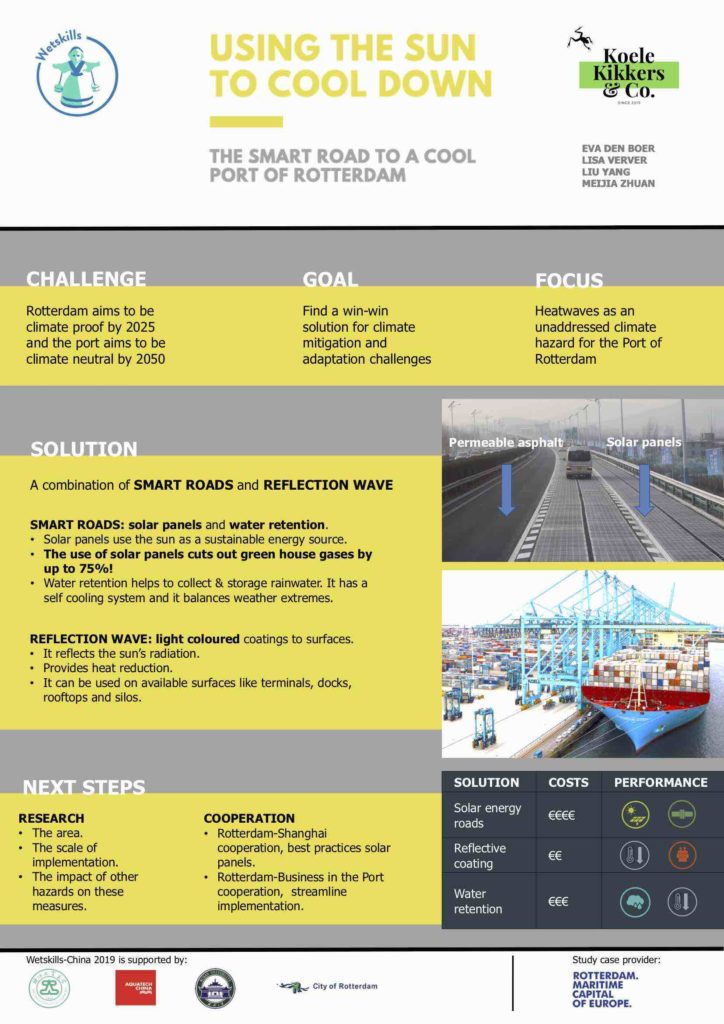