05 November 2019- As the second day of the Amsterdam International Water Week started bright and early, wetskills members were hard at work practising for the very last time.

Organized by The Netherlands embassy in South Africa, the Southern African participants (South Africa, Lesotho, Mozambique, eSwatini and Zimbabwe) of 13 members attended a lunch with the Director- General of the Department of Human Settlements, Water and Sanitation (South Africa), Mr Tshangana where each representative from the six groups had 2 minutes to present their case and their solution. In addition to the DWS delegation, other delegates were executives from Umngeni Water, Mhlathuze and more.

In addition to this, discussions with the entire South African water sector delegation and The Netherlands embassy in SA was held with the participants  on how can these innovative solutions be implemented in Southern Africa.

And then at about 15:00pm posters went up, groups started to gather with each other as the final count down to the pitch had come.

With six powerful 2 minute pitches done by all six groups there was one winning team. 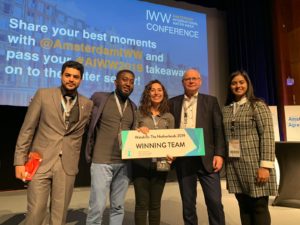 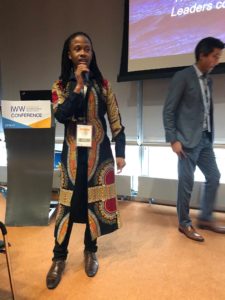 As the wetskills 2019 and Amsterdam international water week 2019 has come to an end.

It has indeed been a fruitful, joyous and amazing time as the 26 participants spend two weeks enjoying each others company, learning,exploring and finding ways to work as a team together and solve six pressured, difficult cases.

This has in fact been an experience to remember for each and everyone participant for 2019.