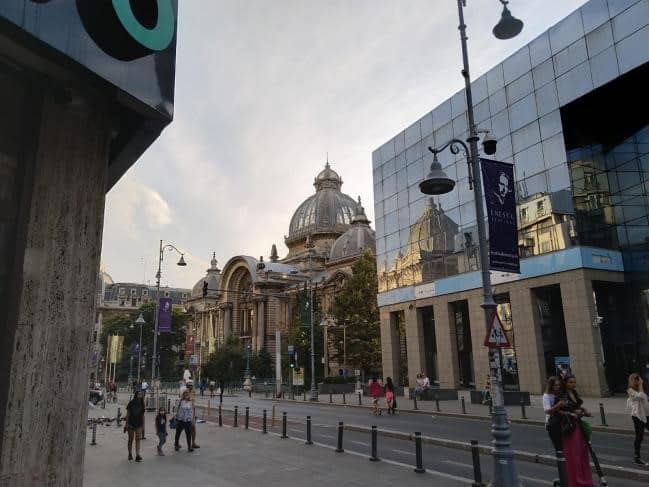 Nearing the end of the first working week the famous weekend has arrived. In the hallways I heard that Saturday was supposed to be a day off, alas this was not the case as Wetskills projects are no easy task. On this sunny day it was time to work on the pitch for the final presentation. In the 30 degrees sun we worked on the pitch. With a nice tan (or sunburn) as a souvenir that I can take back to the Netherlands. Pitching is an important part of the Wetskills programme. Not only is the written part of the pitch important, you also need to work on practicing the pitch itself. Over and over again, repetition is key.

After the work however, there was free time; social activities were planned for the evening. It was the birthday of one of the supervisors, Floor. Of course you can’t show up to a birthday empty handed, so the Wetskills team took it upon themselves to arrange a present for the birthday gal. Finding the right present in such a short time can be a stressful experience however. Luckily the search for the impossible present became a success in the end with a traditional Romanian piece of clothing as the result. 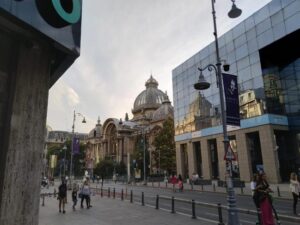 At the end of the afternoon, the whole group met at the old town to discover Bucharest together. One of the main roads, Calea Victoriei, was completely open for public during the weekend. Walking across Calea Victoriei while there was no traffic gave a whole different mood of the city in comparison to when the entire road was filled with traffic. In the open road the differences in Romanian architecture became very apparent, it was like a sight for sore eyes. The benefits of the multicultural Wetskills team also became apparent. With the Romanian Wetskills participants’ help we managed to eat ice cream at, according to them, the best ice cream shop of Bucharest. Along the road to the city center we came across a traditional local Romanian dancing event. They kindly invited the Wetskills team to join the occasion, in which the team took part. 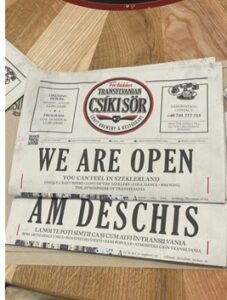 Saturday ended at the Csíki Sör for dinner for a traditional Transylvanian meal with a pálinka to start off. A good beer in combination with a nice dinner is and excellent way to end the first Wetskills week. Hopefully on the Sunday we can get a chance for some rest because the crucial last days are slowly approaching.