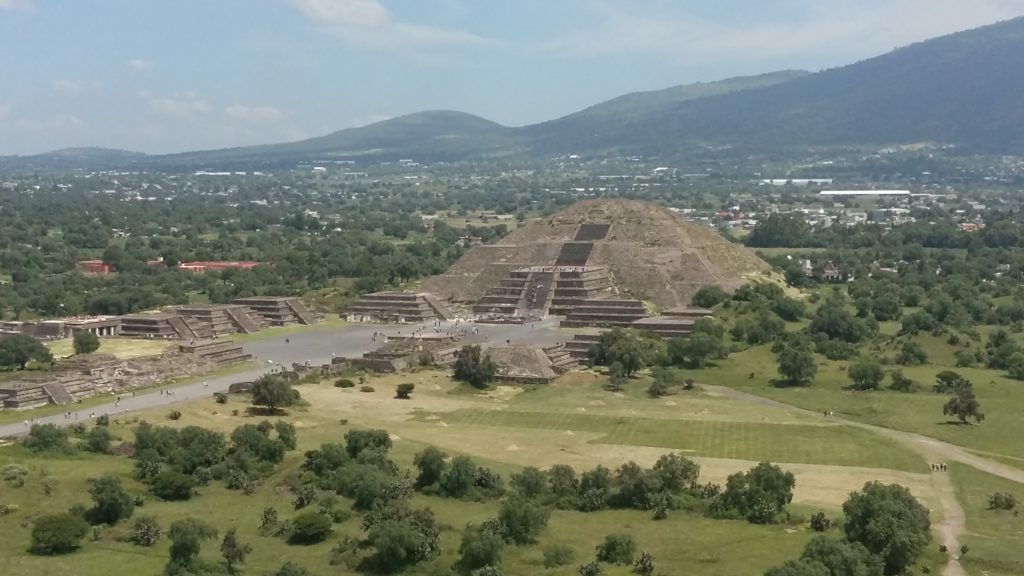 Early this morning, at the Universidad Panamericana there was a bus waiting for us, which would take us to a new adventure. The trip to Teotihuacan was peaceful, when we arrived, we can immediately saw the Ciudadela with these huge constructions that teotihuacanos did. After we met Daniel, our guide, we embarked on our trip to the pyramids of the Sun and the Moon.

Teotihuacan means house of the gods, teotihuacanos were polytheists, which means they have a lot of gods, each one used to have an altar where they offered a sacrifice. The main gods in Teotihuacan were Quetzalcoatl, god of the Sun, which mean feathered serpent and Tlaloc, god of the rain, which means nectar of the ground.

The more we walked, the more we knew about this civilization, their way of life, how can they construct enormous pyramids, how they study astronomy even how they storage water for the agricultural activities.

At the end of Avenue of the Dead the pyramids of the Sun and Moon were waiting for us, the architecture of teotihuacanos is characterized because of the use of four specific elements: talud, panel, alfarda and steps. With the help of these four elements, teotihuacanos constructed this huge city.

Later that day, we went to eat at this beautiful called “La Gruta” where we can try many Mexican dishes, like guacamole, pork rind, beans, tortilla chips, hibiscus water and other delicious dishes. 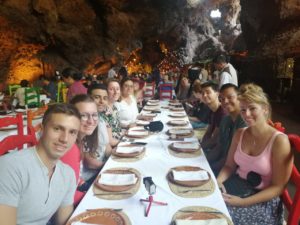 Today was awesome because we discovered a lot of new things about Mexican culture, although we did not work on the cases we have a lot of fun and we can get relax, but tomorrow we will put all our energy on the cases.