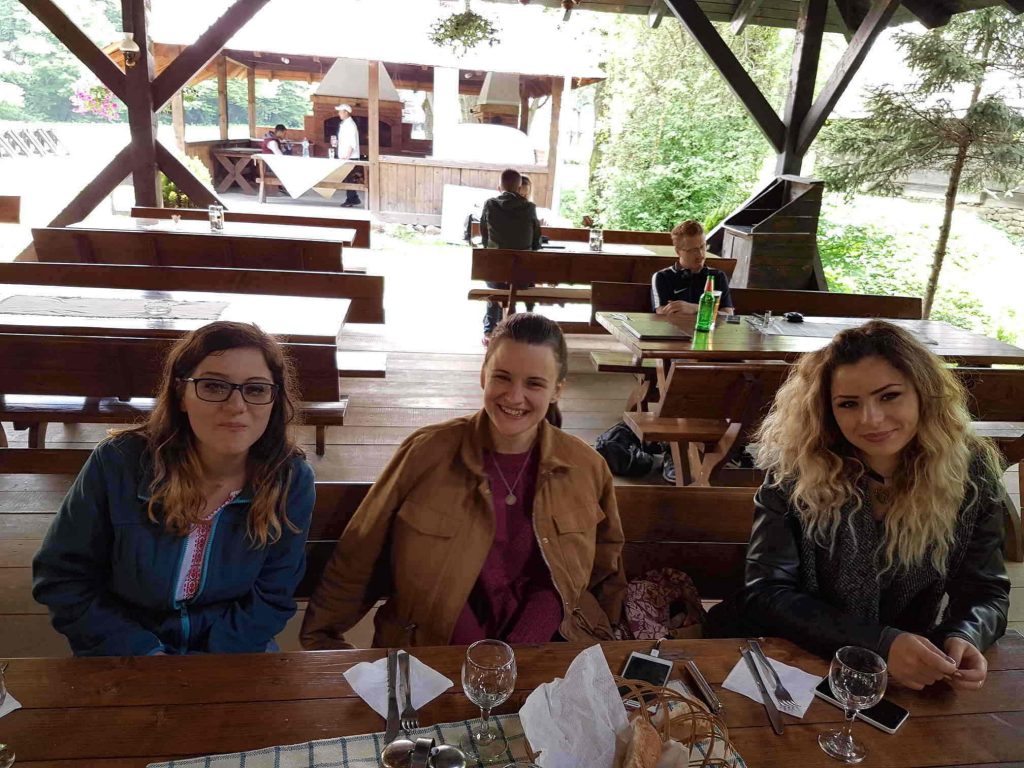 “I met wonderful and open people with whom I would like to stay in touch with.“

First of all, I must say that this experience is completely new for me and although I was a little scared of what was going to happen, I integrated myself very well and discovered wonderful and open people that I would like to keep in touch with.

Saturday was the second day of our trip, after we visited the wastewater treatment plant from Pitesti a day before. We woke up in the morning and had breakfast to get power for a full day of fun but also full of new knowledge about one of the most important tourist attractions in Romania. One lazy student from Romania, called Sefu (it means Boss when translated  – I think that`s funny) missed breakfast and we almost left him there because we couldn`t wake him up. Finally he woke up and we could leave the villa.

On the way to Sibiu, Joris seemed very interested in learning a few words in Romanian, including to count up to 10, and he even did a great job! We had fun, we laughed, we listened to music and we arrived to Sibiu without realizing the time.

At Astra Village Museum  we had lunch: vegetable soup and the traditional romanian food named ‘sarmale’ .Yummy ! I hope the Dutch guys liked it as much as I did. After that we took a quick tour through the museum, we took some photos and after that we left the museum and we went to the citycentre which is characterized by its history.  There we met the guide who told us that Sibiu is one of the most spectacular medieval cities in Romania and was also the European Capital of Culture in 2007. Some of the tourist attractions we visited were the Evangelical Church, The Bridge of Lies, The Walls and The Defense Towers, The Third Holy Orthodox Cathedral and lastly The Romano-Catholic Church. We were all impressed by the architecture of the buildings, the paintings in the churches and everything we saw there. After the tour, we went to the bus because we had a long way back to Bucharest. We had a last stop to eat the famous ‘mici’ from Dedulesti another traditional dish from Romania.

We arrived to Bucharest around 22:30h. It was a full day as we expected. Let`s hope that all the following days will be at least as amazing like this one…