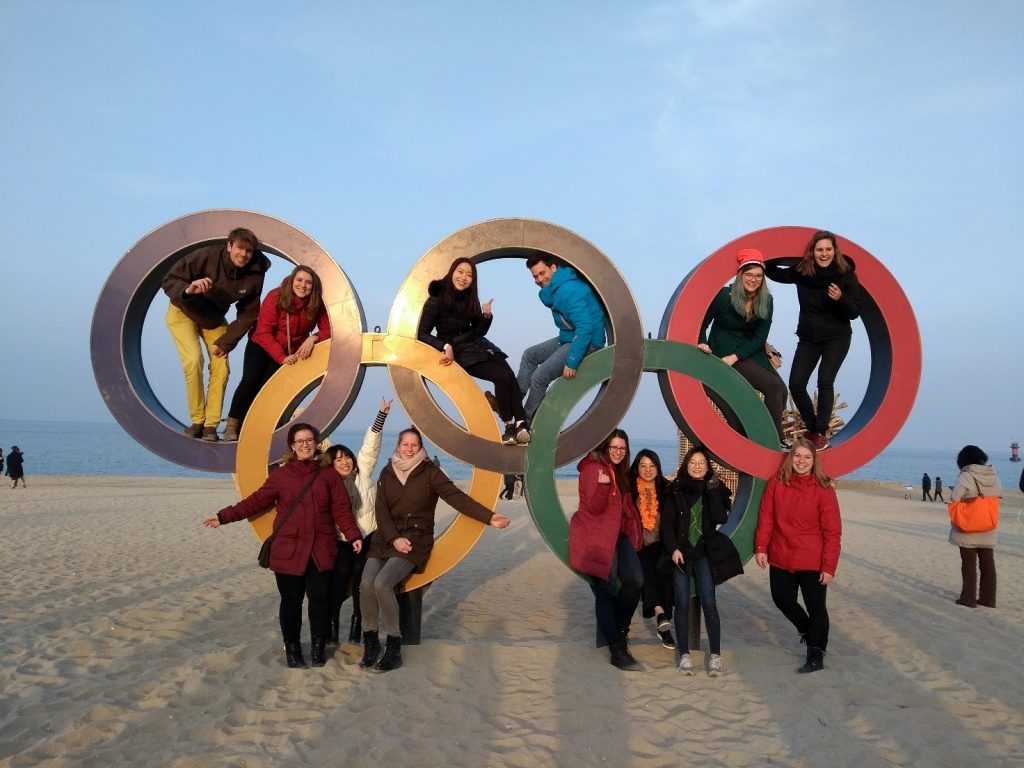 Wetskills-South Korea 2018 – A different day today, no stress, no hard work. Instead, we went to Gangneung for the Olympics! Because the opening ceremony was beginning at 8 o’clock, we wandered around Gangneug. Gangneung has a beautiful beach and is famous for its fish restaurants, so enough to see. We walked along the Fire Festival, an art festival during the Olympics with large wooden sculptures. And took pictures with the famous Olympic rings! Immediately after the end of the opening ceremony, the party started. Everyone was dancing very enthusiast. Unfortunately, we had to leave the party at 11. We had to be fresh for the finals on Saturday!