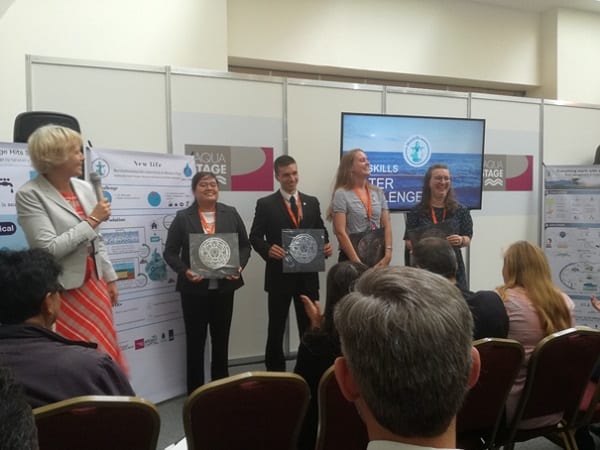 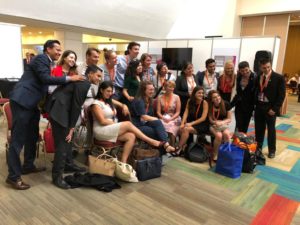 This morning everyone woke up with excitement and maybe a little bit of nervousness because it was the day of the finals! In the morning all pitch presenters had time to practice and optimize the pitch to shine brightly on the Stage at AquaTech Mexico 2019. At 13.30 all groups were meeting at the entrance of AquaTech and everyone was dressed to impress. At 13.30 some groups practiced the pitch a last few times while the others walk around AquaTech to network with other water professionals. 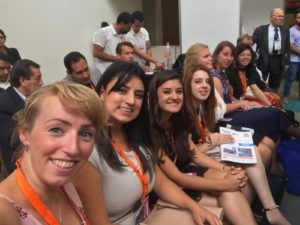 At 17.00 the moment we had all been waiting for started the pitch finals! By lottery the order of presentation was picked. The first group who had to give their presentation was DropWise. Arturo gave a clear pitch presentation about the technical and educational part of their water in schools project. Second up was Tesoro de Aqua where Brenda gave a pitch about the problems with water management in Ciudad Guzmán. Grey2Blue were allowed as third and Steffan explained how wastewater could be reused in Mexico City in less than 2 minutes. Last but not least was Cactagua on how to reduce plastic water bottles and change to paper water bottles, including a vending machine for the new bottles. When Cactagua finished their presentation everyone was really proud of all the groups and we were all winners already! However for the jury the hard part started, they had to decide who would win the Wetskills Mexico 2019. After careful deliberation they decided DropWise was the Winner of this Wetskills event! After the formal ending the Dutch Embassy had arranged a few drinks at the Dutch Pavilion on AquaTech. Here we all enjoyed, relaxed and talked to people interest about our concept ideas. We continued our drinks at another location within AquaTech where the winners of the crazy 88 challenge were announced. Team Tesore de Agua won a bottle of tequila for all the challenges they had performed.

Because we didn’t want to say goodbye to each other yet, the drinks were continued at a bar close to AquaTech. We danced the night away till the early hours, talked about how much we will miss each other and how much fun we have had!

Hereby we want to congratulate all participants with their achievements and we will miss you all! 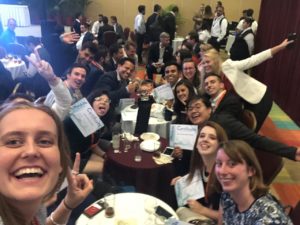