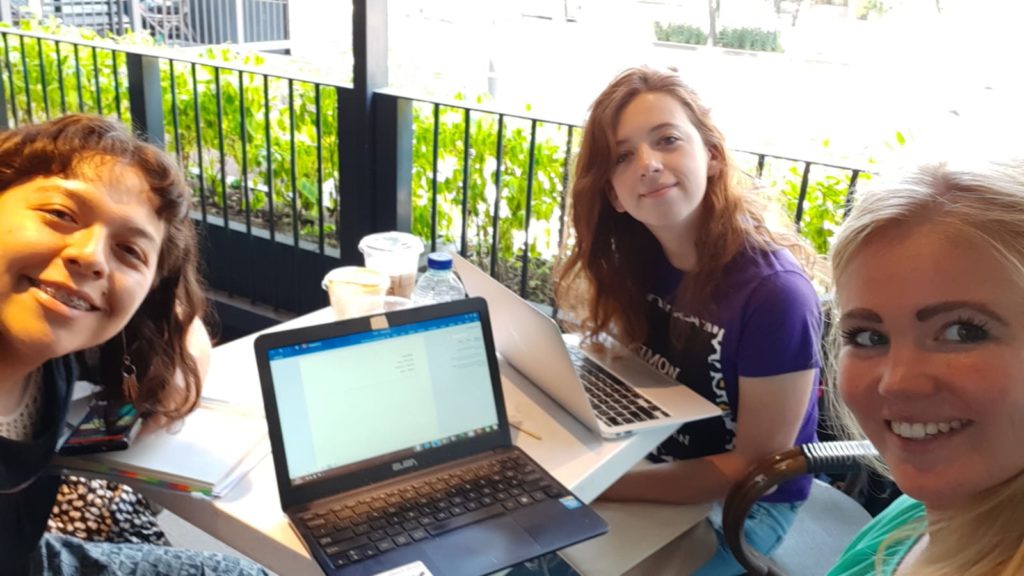 Today we had a different workflow than the whole week; at the morning each team met with Tim and Ken to have some feedback and be ready for the final steps of Wetskills and keep working during the day.

After all the teams hard work by the morning, we went to Arturo’s house where he had a delicious barbecue. It was a really a group effort with some people that went to buy everything, while others started with preparing for the party. Two of our Mexican friends (Arturo and Leo) were the masters of the barbecue and they did a pretty good job feeding all the food lovers of the team. For desert two Dutch friends (Quirine and Ilse) baked an exquisite apple crumble that is a traditional dessert from The Netherlands. The food and the company were awesome! 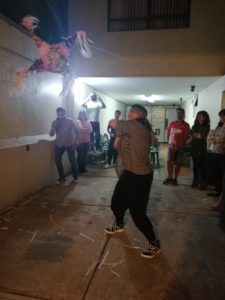 As we were at a Mexican party piñatas could not miss. Piñatas are a traditional Mexican object made out of cardboard covered with colourful paper and shiny decorations filled with candies which Mexicans hang up, get their eyes covered and then with a stick try to brake it so all the candies fall and they can grab them.

Also there is a song we sing when we are trying to break the piñata, ¡Dale, dale dale…! And all of our Dutch friends learned it so well.

After everyone helped to clean the dishes, we went to Mamarumba that is a club where they play salsa, merengue and regueton. Everybody was dancing and having fun, even teaching some steps, we had a really good time that evening, after so many hard work what better way to relax than having fun right?