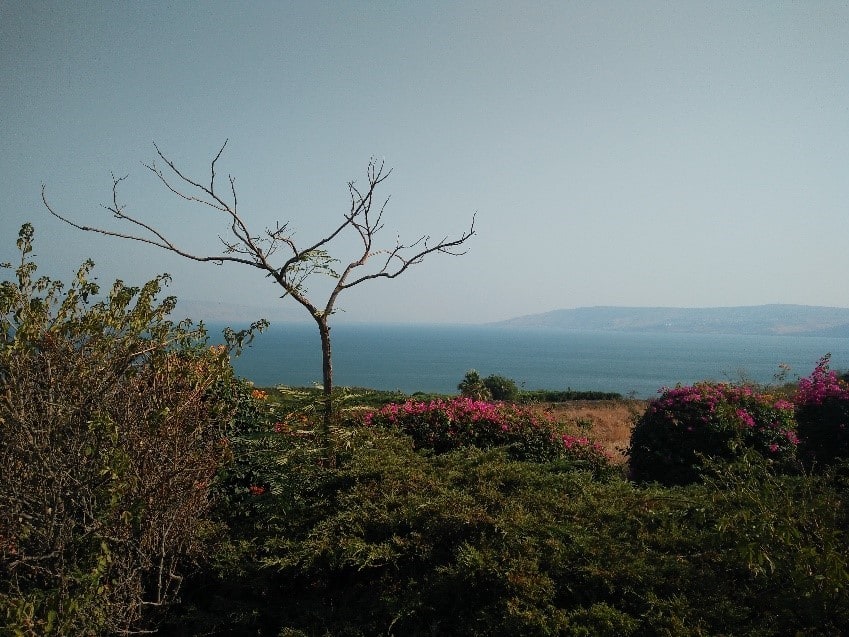 “This was the first full day of the Wetskills program!”

This day was all about getting an impression of Israel, which was a nice way to kick-off the event. We started at 8 am sharp to drive with the bus to the first site we were going to visit. This was the Mekorot Eshkol treatment facility. We learned some fun facts here such as the capacity of the facility. Nowadays, it is good for delivering 5% of Israel’s water consumption. This used to be more, but due to climate change there is less rain so the capacity was reduced and more desalination facilities were built.

The next spot we were going to visit was the sea of galilee. This is huge beautiful fresh water lake, but it has the look of a sea, like the name says. We first visited a research facility which monitors the quality and condition of the water in the lake. We learned that the level in the lake has reduced drastically the past years. The Israel government wants to take more water from the lake but the researchers say no way. The level of the lake has to be returned to a sustainable level. Ways to do this could be to reduce the water which is taken from the lake, or even to bring desalinated water from the Mediterranean to the lake. The last manner could give side effect to the ecosystems in the lake. This is still to be investigated.

After this we were going to lunch in a village nearby. Behind the shops was a historical site located where an old synagogue used to be located. A beautiful new complex was built next to this site. A nice volunteer from Switzerland guided us over the site and told us some interesting things about how Christianity and Jewism used to be one religion.

The next thing we were going to visit was a monastery, built to bring Christianity and Jewism together again. The monastery had a great view outside where you could look over the Golan height and see the entire sea of Galilee.

We finished the day with some nice drinks in a local wine shop.

The coming days of the program will be interesting because this will be the more formal part. The groups are divided in teams and each team has a different case. A solution has to be found in limited time which has to be good, efficient and cheap. A real challenge!