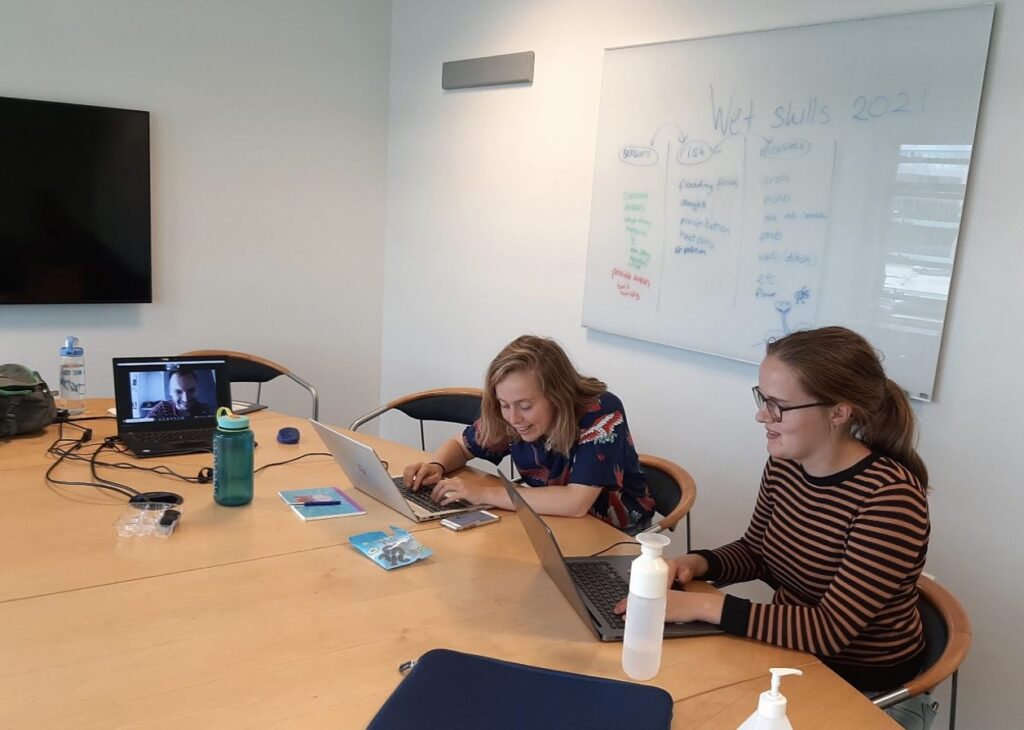 Today we were back in the classroom. For most of us for the first time in a long time and a day followed that really set the stage for this year’s Wetskills. A day filled with presentations, impressions, ideas and new thoughts that would leave your head spinning. 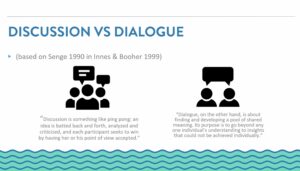 The program began with a presentation by the coordinator Inge Muhlig about Wetskills and one by Maj-Britt Quitzau about her research on climate adaptation measures and stakeholder involvement. The key messages were that experts from many different disciplines should be brought together in dialogue when designing climate adaptation initiatives, and if done properly this can result in some great projects that do not only handle water in extreme weather situations but also provide the city with recreational or educational areas for the community.

At 10 we had a chance to get to know our cases even better as we had the chance to talk to the people behind them. This gave a lot of answers and a better idea of the challenges that should be solved. However, many new questions arose as we dove into the content of the case so there is plenty of work to be done still. Out case owner was very pleased that we would look into the case and hoped to get some useful ideas from us, and we were even more pleased to have a bit of her time to ask all the questions we had about the case. After this we had some time to gather our thoughts, collect additional knowledge and investigate the case before we had a chance to get even more perspectives from the following speed-dating session.

Three water experts, Maj-Britt Quitzau from Aalborg University, Inês Breda from Eurowater and Marie Louise Sune Andersen from Hillerød Forsyning, all gave 15 minutes of their time to help us get more ideas and new perspectives on the cases. It was a very good session partly because we had to explain the case, where we had just gotten the details a few hours earlier, and partly because we got new eyes on the questions we had been discussing for a while now.

The winners of the Crazy88 competition were announced! Team 1 won a close victory which resulted in all of us sharing typical Danish candy such as romkugler, salte fisk and Nørregade bolcher. What a great price!

Our busy minds were twisted on last time as all our thoughts and creative ideas were to be put inside tables and lists for the action plan. Now the plan for the remaining part of the program is set and we can just look this up when we are in doubt of our next steps. At least until the plan changes.

And after a whole day with the rain pouring down the windows we obviously had to check if the retention basins at Scandiagade nearby were doing its job properly. And the first of them – that is to be filled as the first – contained plenty of water, while the remaining were still dry. They are working! And they just removed a tiny bit of the pressure from the happy drainage system. 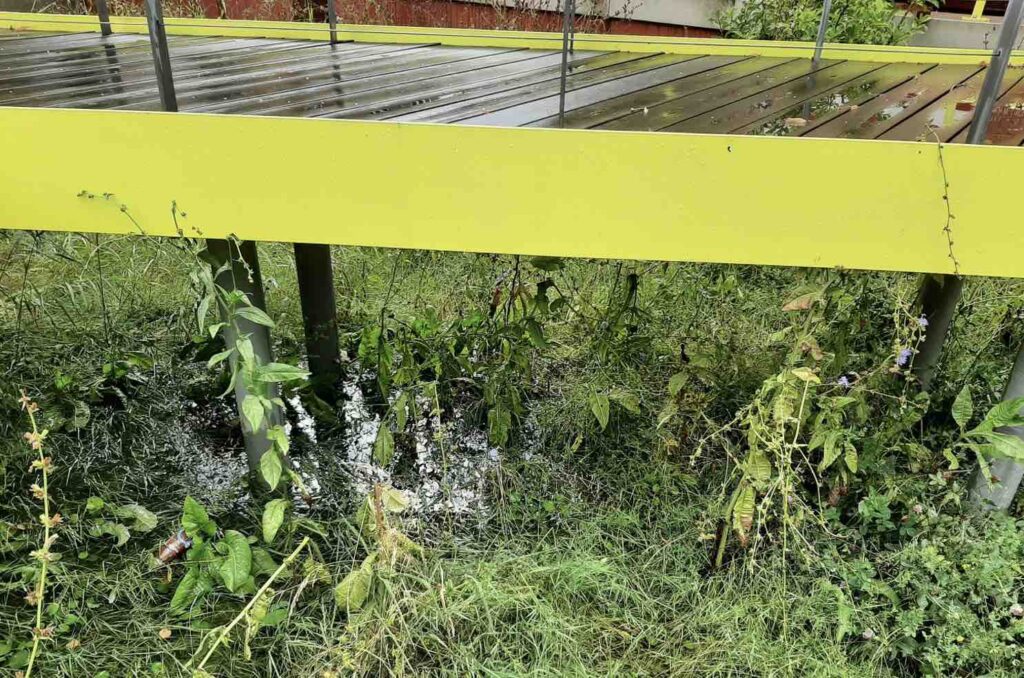