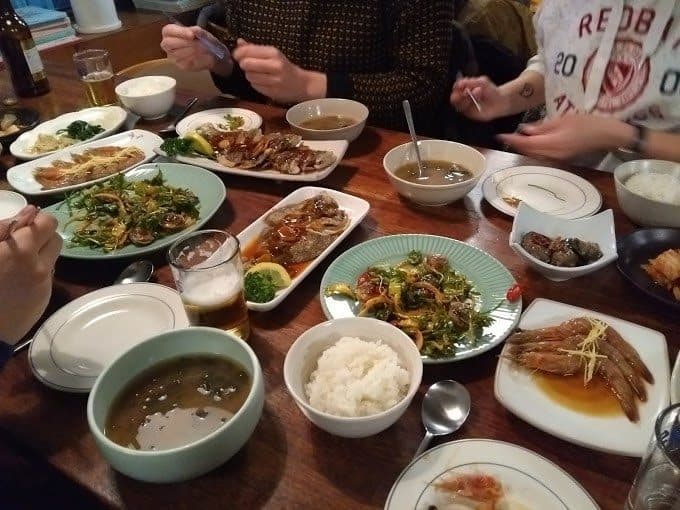 Wetskills-South Korea 2018 – Before Wetskills South Korea really began, every Dutch participant had a long flight. South Korea is 8 hours ahead of the Netherlands and a direct flight takes anywhere between 10 and 12 hours. On Sunday at 18.00 we had to gather in the lobby of the University of Hongik in Seoul. Some participants arrived a day or even a week earlier to sleep off their jet-lag and to see the sights. I decided to fly on Saturday night, so I arrived on Sunday afternoon. It was a long night flight. By the end of the flight, I could enjoy the beautiful landscape of China, near Beijing, from above. After crossing the Yellow Sea, the plane landed in Incheon international airport. The airport was brand new, very large and very shiny. It already demonstrated how modern South Korea is nowadays.

After a smooth walk to the luggage-belts I met up with Johan Oost. After we both found our bags, our adventure into Korea began. I had never been in any Asian country before, so it was very overwhelming to be in such a crowded place with a completely different alphabet! We avoided the luxury taxi and found an “international” taxi which should have been cheaper. Our driver broke every traffic rule I know, but somehow we safely arrived at the Hongik University campus.

Since we were early, we kicked back inside of a café on a second floor, giving us a good view of the busy street life in the university district of Seoul. There are some remarkable fashion trends going on, for example winter coats that reach until somewhat above your ankles. It was so extremely cold, so it was actually practical fashion. Eventually we moved to the lobby of the university, and slowly slightly-familiar faces started to arrive. We all discussed how good or bad our journey was, how bad the jet-lag is, and how to say “hello” and “thank you” in Korean.

After getting our rooms on the campus and changing out of my travel clothes, we went for our first Korean meal. Our supervisor from the Hongik University, Jeryang, lead us to a restaurant not far away. They filled every inch of our table with small bowls and plates with fermented vegetables, raw fish and many spicy things. Maybe most important: we were introduced to Soju! A rice-based alcohol which is perfect for getting students to drink easily.

After a modest amount of drinking and a ridiculous large amount of food, we went home for a good night sleep on our very hard dormitory mattresses, eager to get started with the real Wetskills work!