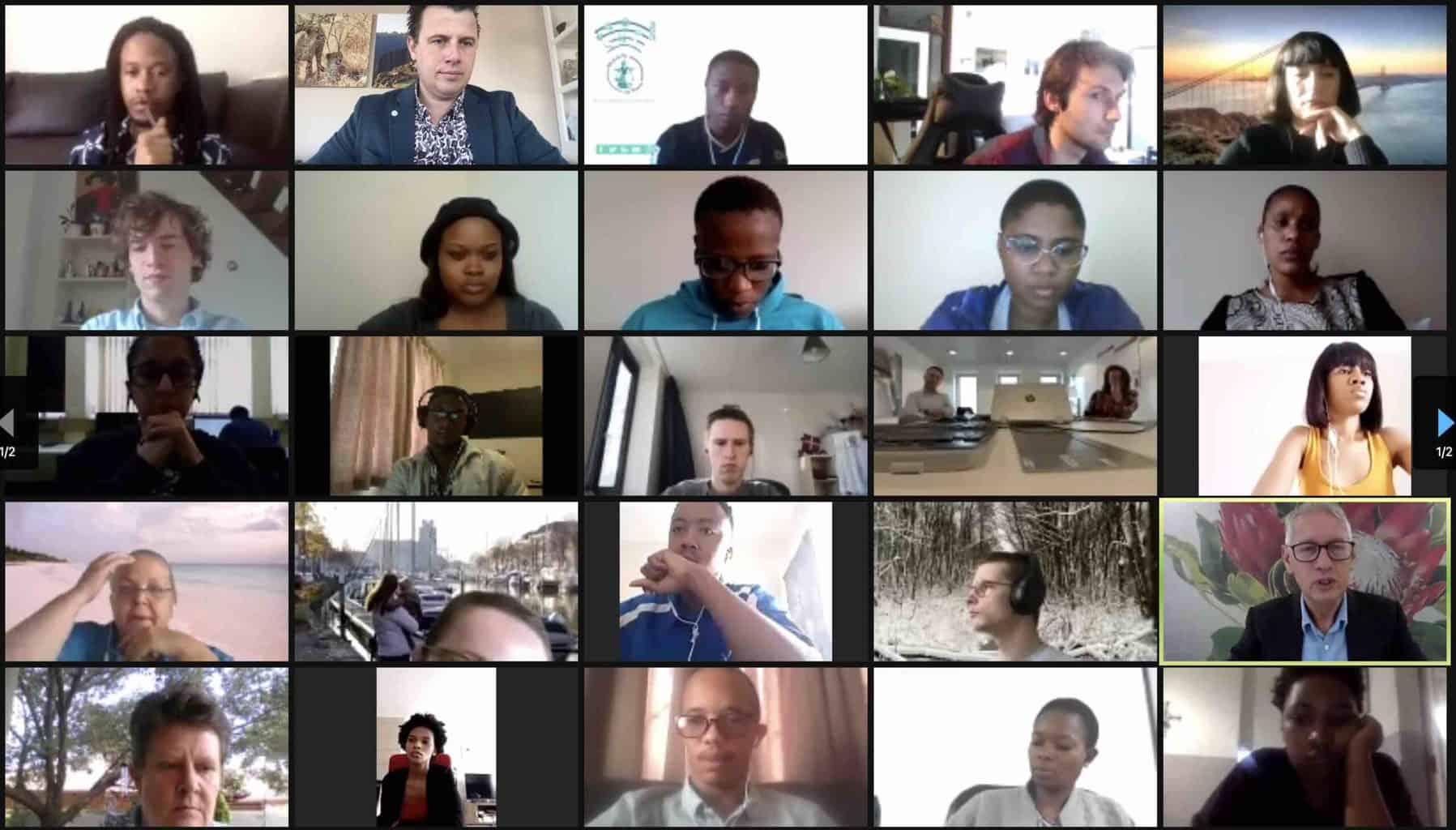 The second online Wetskills edition started on 25 February in the morning. His Excellency the Ambassador of the Kingdom of The Netherlands to South Africa, Mr. Han Peters, opened this fifth Wetskills edition in South Africa and welcomed the participants. The Dutch Embassy is supporting many Capacity Building and Young Professionals engagement project on Water & Sustainability in Southern Africa. He stated the importance to involve and integrate Young Professionals in the sector and actively listen and discuss their ideas to bring the sector forward.

Johan Oost, managing director Wetskills Foundation introduced the Wetskills concept and programme after thanking the partners and the executing Wetskills Team (woth Ioana Dobrescu, Odwa Mtembu, Pgomolo Khonthu and Peter de Jong) for the preparations so far and wished luck to all of the attendees. He mentioned the specialty of this online event and stressed that Wetskills and partners are aiming to organize a next live event in 2022. He also thanked the executing team of organisers: Ioana, Odwa, Peter and Phomolo.

For the next one and a half week 21 participants from Southern Africa and the Netherlands will jointly work on 3 cases proposed by the Dutch water authorities in the Netherlands and their partners in South Africa. The main overall aim: Come up with innovative, out-of-the-box solutions to bring the projects further.

Follow our progress and join us for the Finals and the #Wetskills10 Years Jubilee programme with focus on Southern Africa on the 9th of March afternoon! In the morning there is a session about the experiences of the Blue Deal South Africa project.