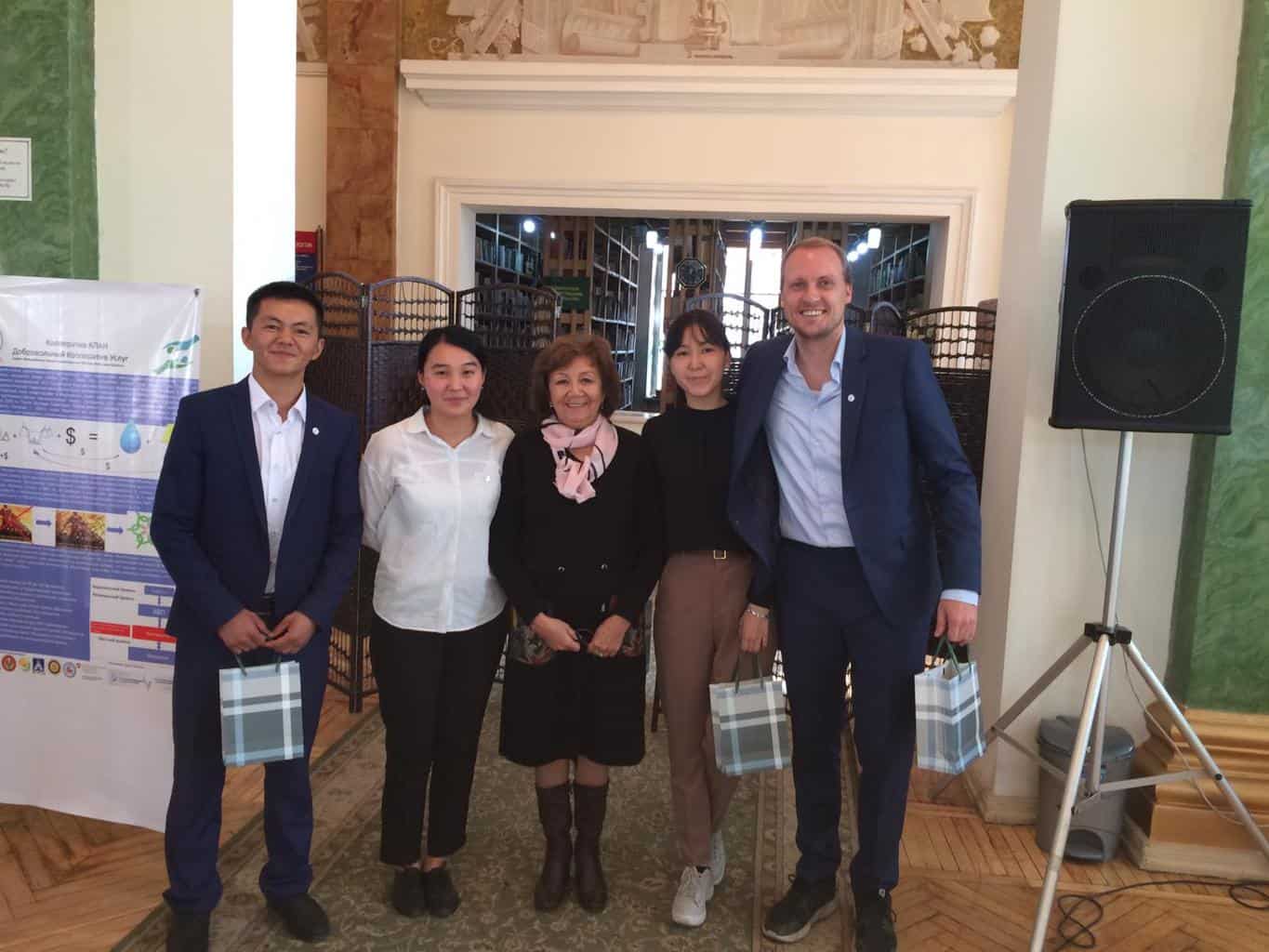 ‘Producing electricity to provide finances for water infrastructure by reinvesting money to local farmers, instead of import and loans’, grabs the core of the concept for financing the irrigation sector in Kyrgyzstan, announced by the five-headed jury on 26thof October in Bishkek. The winning concept is developed in the two-week pressure-cooker Wetskills by the team ‘Watek’, consisting of Jibek Turgunbaeva (Kyrgyz National Agrarian University (KNAU)), Zarina Kaarova (Kyrgyz State University of Construction, Transport and Architecture), Jamalidin Sadridin Uulu (Kyrgyz Turkish Manas University) and Bas Merten (Wageningen University, Netherlands).One of their important aspects was to set up crowdfunding to create ownership for farmers and generate more transparency due to many investors international, national and to provide the diaspora of Kyrgyzstan with a way to support their country.

As the team tells in their inspiring 2-minute pitch: ‘We will take this opportunity to invest in our electricity and agriculture so that Kyrgyzstan can prosper’. The jury, consisting of Johan Heymans (NWRMP, Dutch expert), Aiperi Djailoobaeva (Young Water Professional, Wetskills Alumni), Damira Alchibekova (NWRMP), Prof. Rosa Bekboeva (KNAU University) and Bakyt Makhmutov (delegate from Swiss Embassy) had a hard job choosing a winner between the five water-related out-of-the-box solutions of the 25 students and young professionals from the The Netherlands, Germany, China and Kyrgyzstan.

The wining case was posed by the National Water Resources Management Project (NWRMP). The KNAU was the host of the two-week Wetskills event. The World Bank and the NWRMP of the Department of Water Resources, together with Swiss Agency for Development and Cooperation (SDC) who supported the event, were happy recognizing the value of the Wetskills event and its potential to promote collaboration among young professionals. 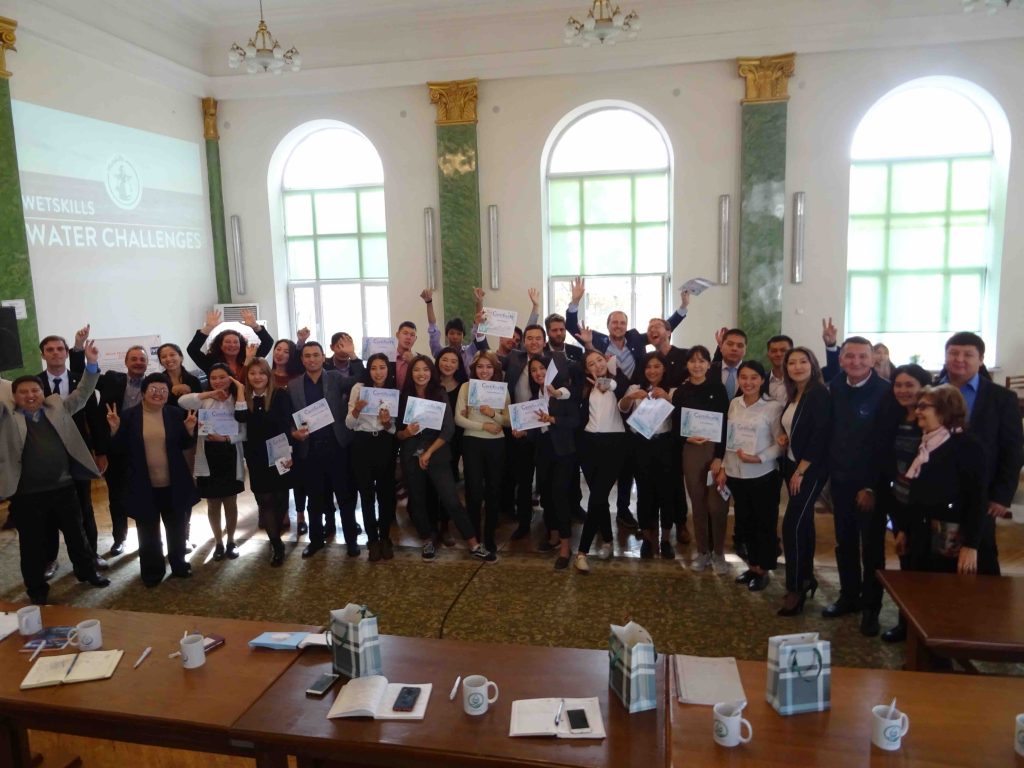