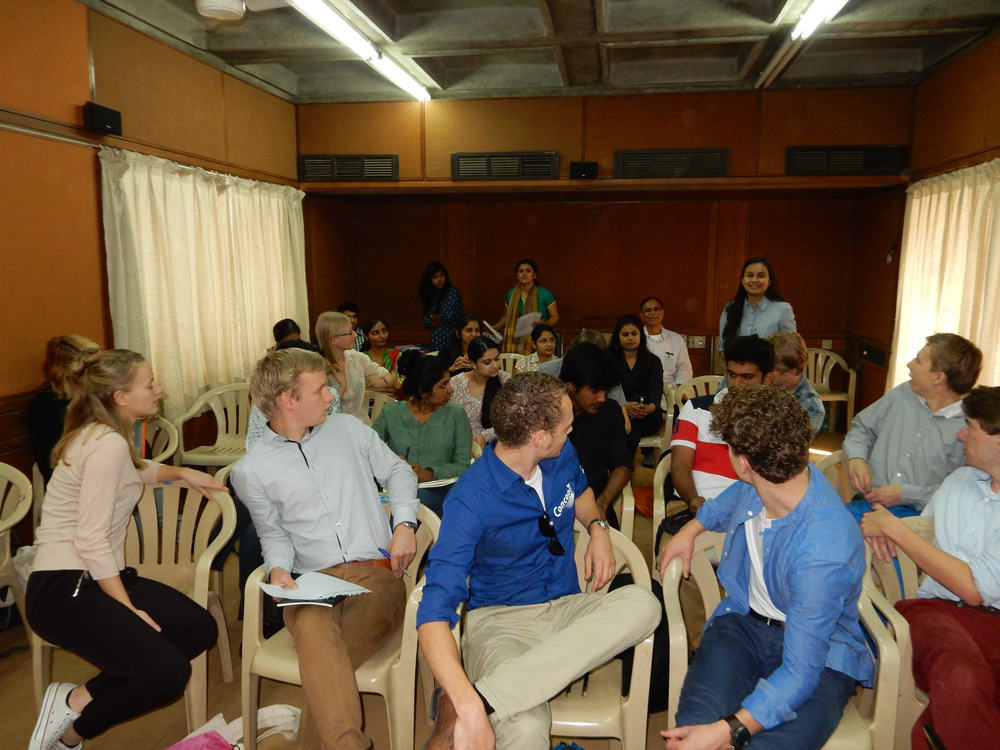 This was the first official day where a diverse group of students from both countries (India and Netherlands) met each other for the first time from various diverse academic backgrounds ranging from engineers to architects, to agricultural/environmental graduates, to participants from social and applied sciences all the way to water specialist.

After the brief introductory session, with the group and the experts at Centre for Environmental Education campus (CEE), Ahmedabad, Gujarat, we were all down to business.

The first session after lunch was an interesting capacity building cum ice breaking session conducted by an expert from CEE. We all were asked to play a game in which 25 beans were given to each of us and we needed to exchange the beans with one another based on certain principles. At the end of 5 minutes we were asked to count the number of beans we had individually.  A frequency distribution chart was prepared based of the number of seeds each of us had at the end of the game. What came out of the game was basically most of the participants ended up with less than the number of beans they started with. The participants with zero seeds at the end of the game were given ten beans each and all of us were asked to play the game once again for two minutes. The results were the same.  The game was targeted to make us realise two things, one on how resource distribution happens in reality i.e. a very small population have access or control of majority of the resources and, two what is the importance of capacity building during resource distribution.  After the game, the five cases were introduced to us by the specific experts of each case which we will be working on over the course of the workshop to provide out of the box solution to the problems.  The cases are as follows:

Finally, the long productive and intellectually stimulating day came to an end with an amazing dinner that was hosted by CEE. Looking forward for what comes next tomorrow at the ENVIROTECH Asia conference at Gandhinagar, Gujarat.