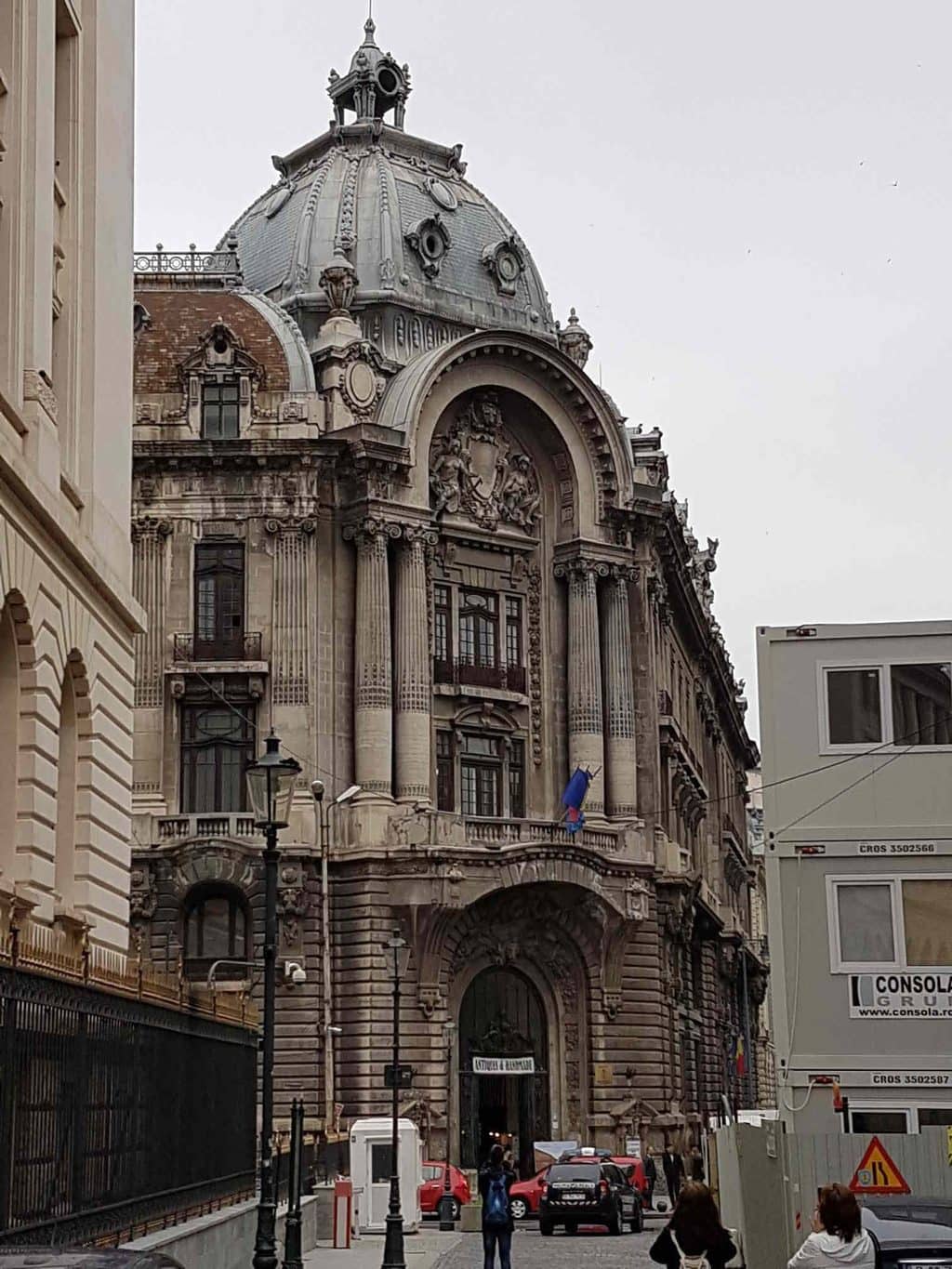 “I had no idea what I had ordered for dinner, the menu was in Romanian”

Before you read this blog, you should know that I have never travelled so far, so this is a total new experience for me. I travelled together with Marcel, Lisanne, Eva, Luuk and Niek. Luckily for us, Marcel did a little research on the transport to the dorms. While driving with an overpopulated bus to the city centre, the culture shock began. Driving on the busy and chaotic roads through a city which sometimes looks more like a forest than a city with more than a million people. The houses and buildings are difficult to describe. Some houses are really beautiful, pastel coloured with red roofs in a beautiful building style which I would describe as a mixture of Italian, Austrian, Russian and Arabic. However, also the opposite of all this beauty is present in this big city. Large square buildings, which are falling apart and look grey, brown, or somewhere in between (we are calling them Soviet buildings). When we finally arrived at the dorms, which was already a big exercise with a large suitcase, we had to wait for a little while for the keys. The dorms are looking new and fresh, surrounded by trees and plants, so we were all glad to see that. On the inside it was almost spooky, it is a large empty building, we are the only ones using it. The dorms consist of two rooms with bunk beds, a kitchen and a bathroom. I share the dorm with the other girls, Eva, Lisanne and my room mate Katerina (who had not yet arrived by then). After getting the suitcases in the rooms, Alisa and Laura took us to the mall, ready for another culture shock. I would not say that Bucharest looks poor or outdated, but the contrast of the streets and the mall was unbelievable. Have you ever seen a rollercoaster, ice rink and climbing wall inside of a mall? I hadn’t, so I was surprised. Getting groceries was so nice, the supermarket was huge and it was really cheap for us (when we converted it to euros). After the adventure of the mall, we had dinner with the Dutch participants who already arrived. I had no idea what dish I had ordered because the menu was in Romanian. It turned out to be a sort of mixed grill with fries. 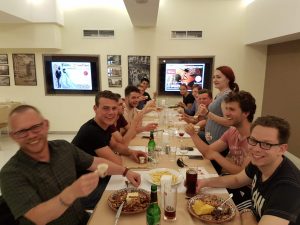 Apparently Romanians eat a lot of meat such as pork and chicken. Also they eat a lot of fat. The meat is floating in a lake of fat. They eat smoked fat of pork for example (without the meat part, Slanina they call it), another tiny culture shock for me. We had some drinks with the ones who weren’t too tired. When we got home, the last shock of the day happened, in the form of an ice cold shower. Unfortunately we have no warm water at the dorms. I finally arrived in my bed after this really impressive, but nice day.
La revedere!
Irene van der Water (Zeeland University of Applied Sciences)