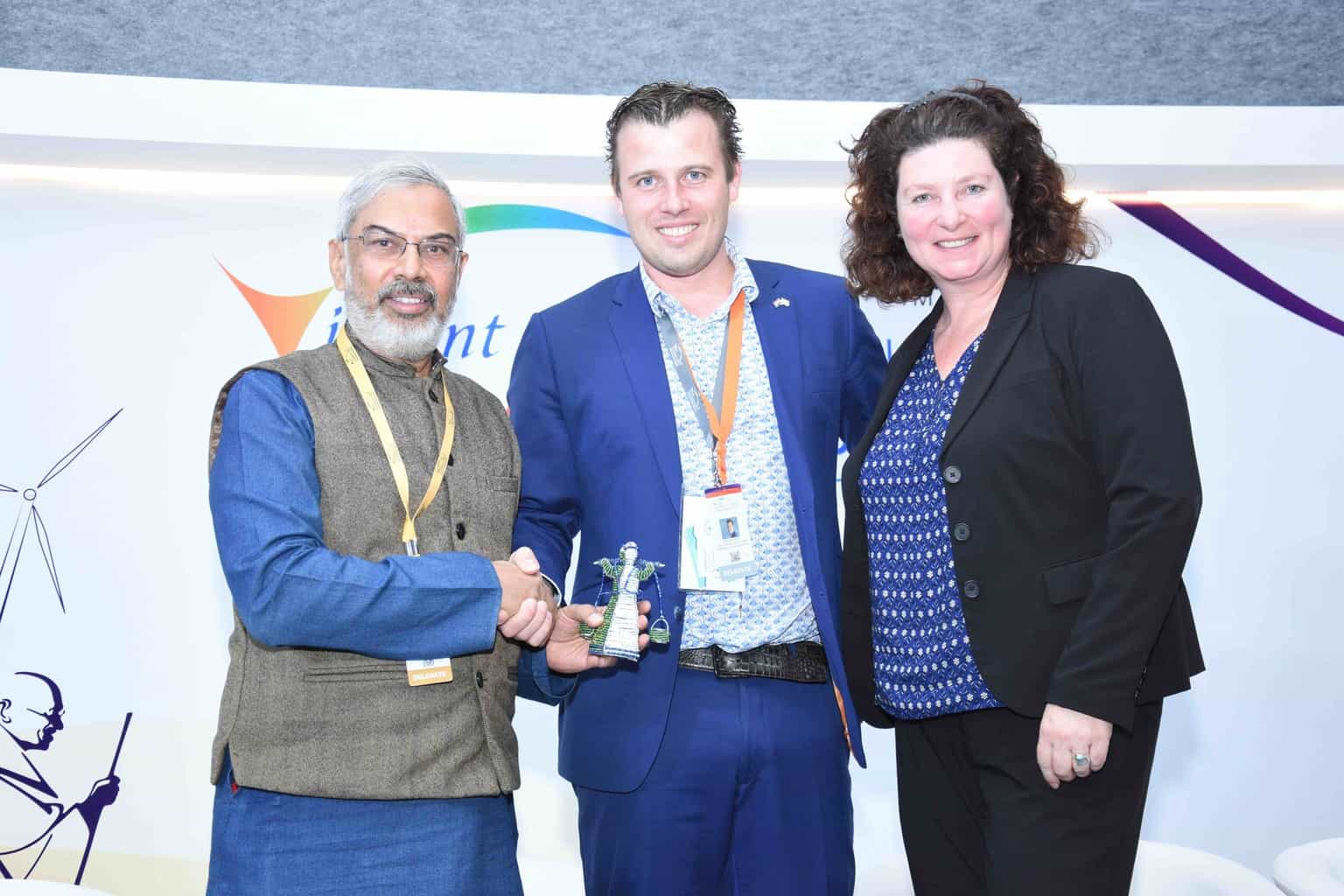 During the Finals of Wetskills-India 2017, Mr. Kartikeya Sarabhai, director of Centre for Environment Education was appointed as Wetskills’ international ambassador. Machtelijn and Johan welcomed him by giving him the Wetskilda statue made in South Africa. (Interesting to say is that this hand-made statue was produced in Durban, the city where Ghandi lived for several years before returning to India). “It is second time that we have collaborated with Wetskills. I believe the initiative provides an excellent platform for the young. It’s takeaways can also be applied for the Smart Cities initiative of the Government of India” Sarabhai said on the collaboration (source: Times of India).

Johan explains Wetskills’ choice to ask Mr. Sarabhai: “For Wetskills the focus is on diversity in the teams during our events. Why not in our team of Ambassadors? That is why we strived to have an international Ambassador, who is warmhearted to our programme. Mr. Kartikeya is a worldwide leading expert in sustainable development and living in a more developing country. Besides, he does not need powerpoint for telling a good story without losing the attention of his audience.”

See the movie in Gujarati about the finals of Wetskills-India or go to our website. Wetskills Foundation, Center for Environment Education, DuurzaamDoor (RVO.nl) and Gujarat Pollution Control Board have agreed to organise at least two events in upcoming 4 years.