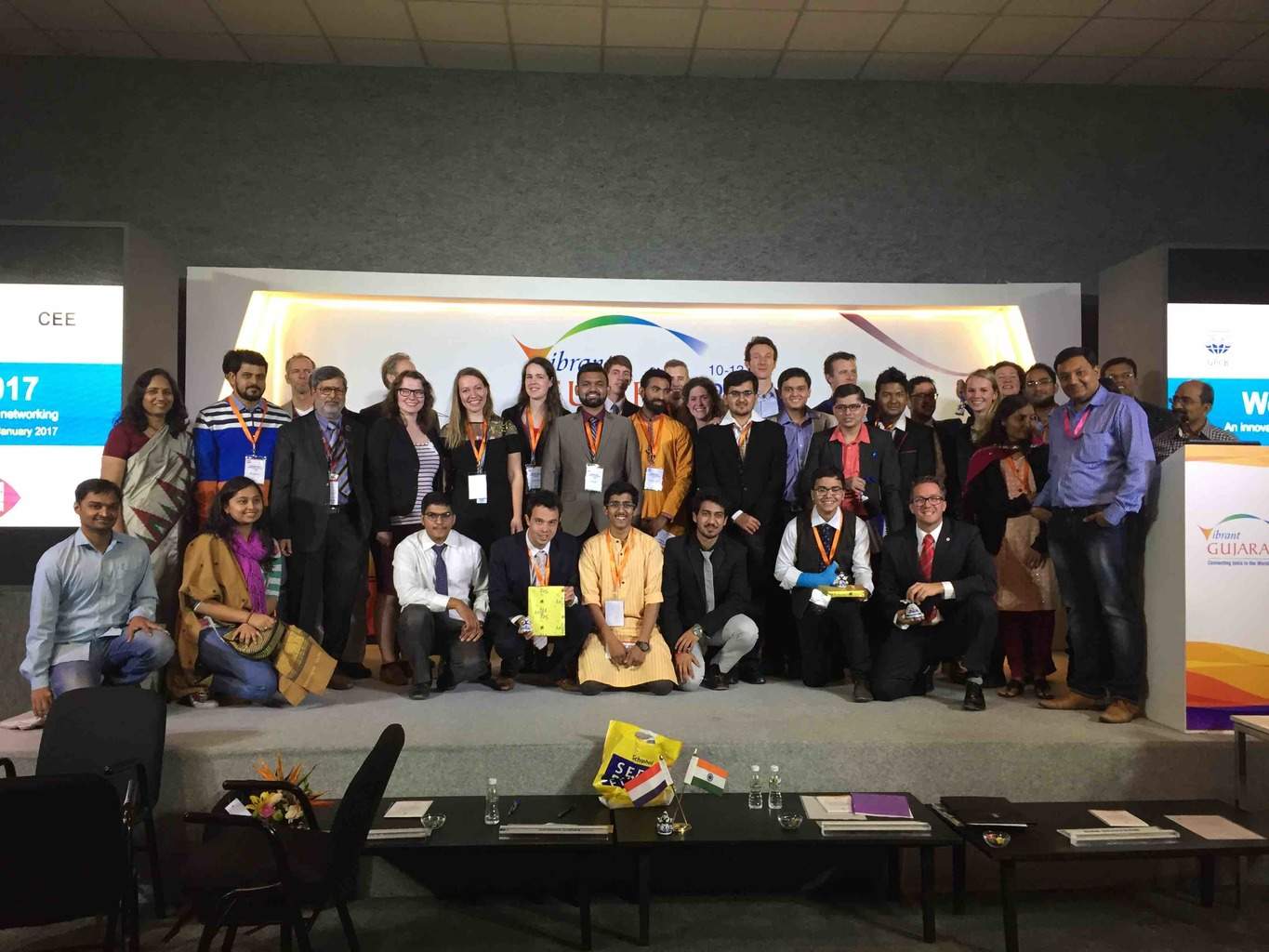 This day started like any other where we were to leave at a certain time but, as always, we were a bit late.

First things first J. Some sandwiches with peanut butter and jelly later we could move but one of the arranged busses had a breakdown, luckily we started early. Quickly we were on our way to Vibrant Gujarat.

At Vibrant Gujarat introduction speeches were given by Alman Bora, Mr. Sarabhai, Johan Oost and Machtelijn Brummel, a Memorandum Of Understanding was signed to continue Wetskills for more years.

Hereafter, we started the pitches. Group numbers were drawn random, group 2 named CoreWorks started and group 5 named EcoVikings were last to pitch. All groups did their best in delivering the best pitch, explaining their poster. Therefore, the head of the examination team Mr. Garge started the final comment by that all teams were in fact winners. But, there can of course be only one winning team! Team 3, SilverDrop were the winners, they scored best on pitch, poster, interaction with the audience and the ability to answer questions from the audience.