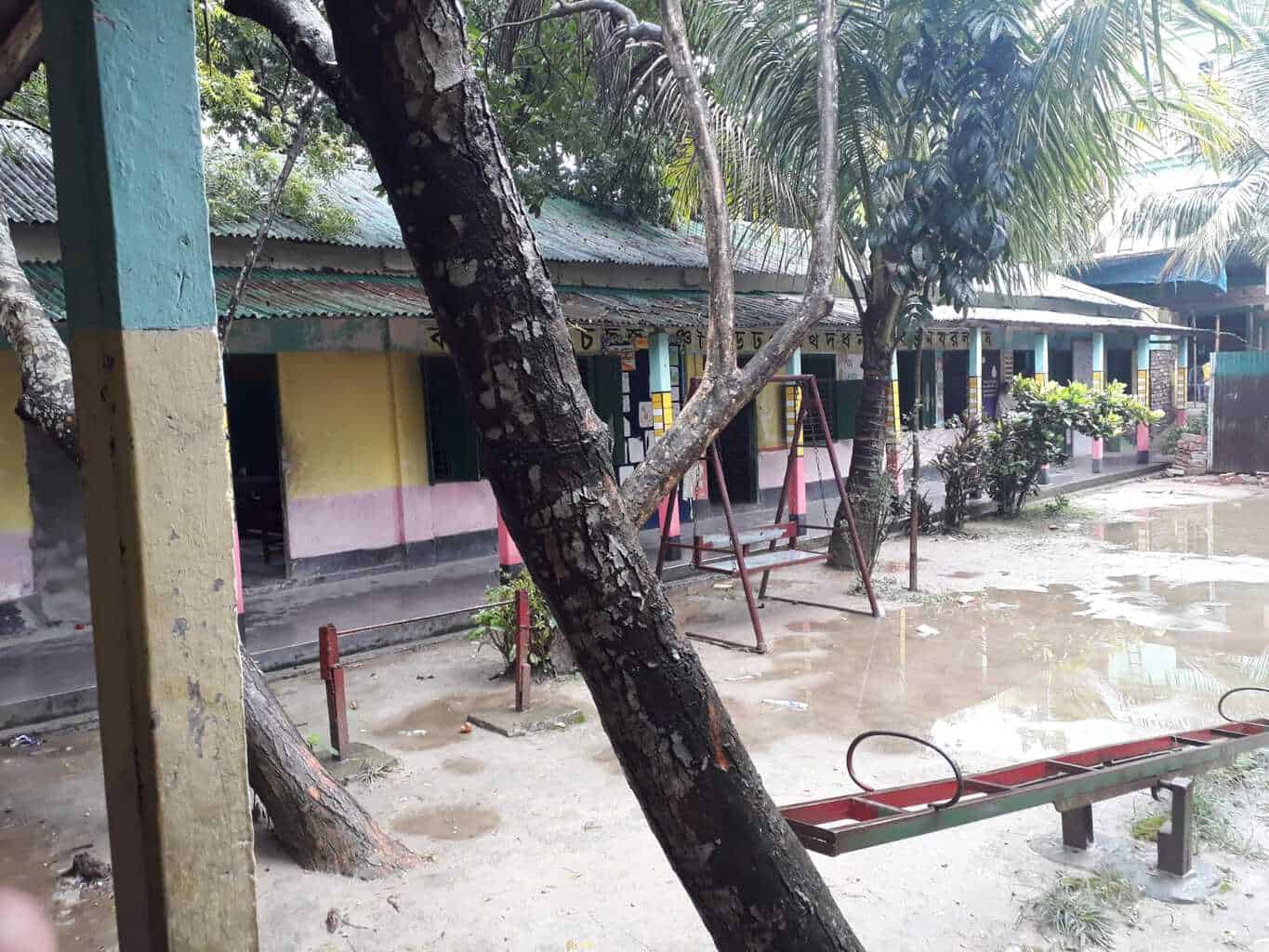 Our fieldtrip started with a chaotic train trip to Sirajganj from Dhaka, on the afternoon of the 4th of July. Many of the Dutch had been sick with food poisoning. The group met at one of the three stations in Dhaka, jumped on the train and the 5 hour journey began. We had natural airconditioning on the way by opening the windows. This also allowed us to see the sights as we left the big city for our smaller site in the country.

We arrived at Siranjganj station after dark and there were CNG’s waiting for us to take us to the SHARP Guesthouse. SHARP is an NGO that is active in the city and it runs a school. We had some dinner and got into bed as it was quite late.

The next morning we woke up to breakfast in one of the classrooms and spent the morning exploring the different CORE sites. It was a a very educational morning, as proffesors Hans and William told us about the different sites. After lunch in town we visited more important water-sites in our study area. One of them being Hard Point, a construction that protects the city from the giant Jamuna River. After visiting the point we saw one of the three cross-bars, another construction that breaks the rivers’ fast flow. After our day of sightseeing it was time to prepare for fieldwork and have some dinner. 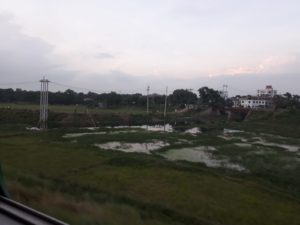 On day two of our fieldtrip we had an early breakfast of roti, eggs and bananas. After which each group set of to their sites to do research. My team and I set off to the amphibious house and sanitation unit site to speak to the landowners and their neighbours and take pictures of the site. We ate jackfruit and returned to the Guesthouse for a rest, as it had been very sunny and warm. After our rest we spoke about our findings with the case owners. Dinner, chats in the hallway and then bedtime. I watched the fire-flies dance as I brushed my teeth and got ready for bed.

Sunday was a big and exciting day… the amphibious house site was officially opened! It started at the site with different guests and then we had a short ceremony at the Polytechnic Insitute. Atfer our big morning, we did some work and had a rest before taking the time to get to the station. The train was delayed so we waited for the train, after which we all hopped on into the AC compartment. The train took us back over the Jamuna River to Dhaka. We arrived and took an Uber from the station back to our homes and the famous Hotel 71. 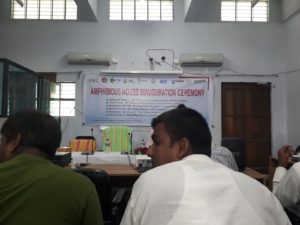