Use of Brackish Ground Water in Agriculture and Aquaculture in Egypt 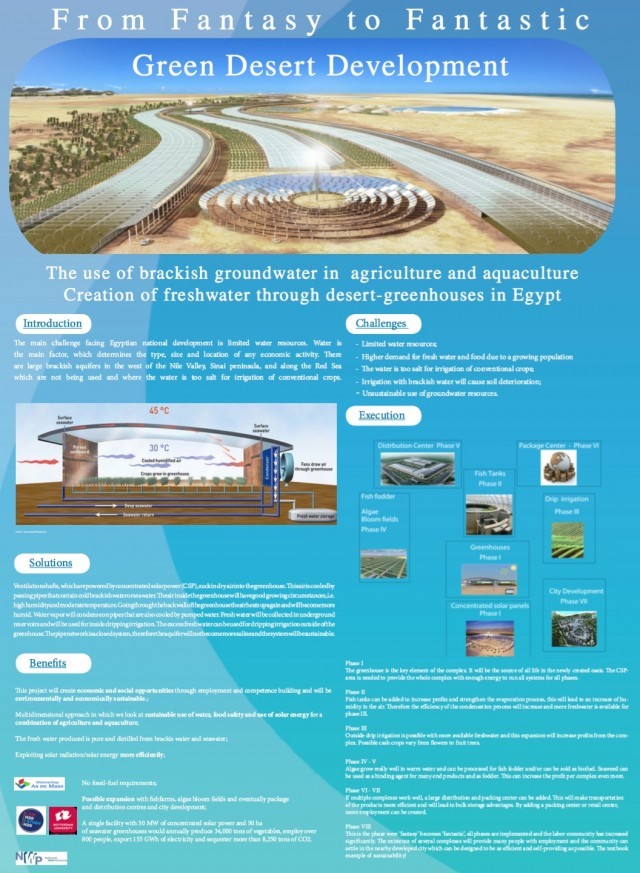 Use of Brackish Ground Water in Agriculture and Aquaculture in Egypt

In Egypt the amount of fresh water is limited, the only sources are the river Nile and some rain in the north. The need for water is increasing largely due to the expansion of agricultural areas (Sinai, Toshka, and Western Desert) in order to cope with the needs of the growing population.   There are large brackish aquifers in the west of the Nile Valley, in the Sinai Peninsula, and along the Red Sea. These brackish groundwater resources are not yet being exploited. Quantitative and qualitative data are available; the salinity levels are too high for irrigation of conventional crops, but many of the barren lands of Egypt could be made productive if suitable salt-tolerant crops or special culture techniques could be identified.   Another opportunity for the use of brackish groundwater could be for the production of fish in aquaculture. Fish production is mainly located in the north, along the Coastal Lakes, uses brackish drainage water and was estimated at 1.092.888 tonnes in 2009, of which 705.490 tonnes were produced from fish farms (about 65% of the total fish production), providing a cheap source of protein for the country.

Assignment: Find innovative solutions to make use of brackish groundwater in agriculture and aquaculture.