Railway tracks and Climate adaptation in the city of Rotterdam 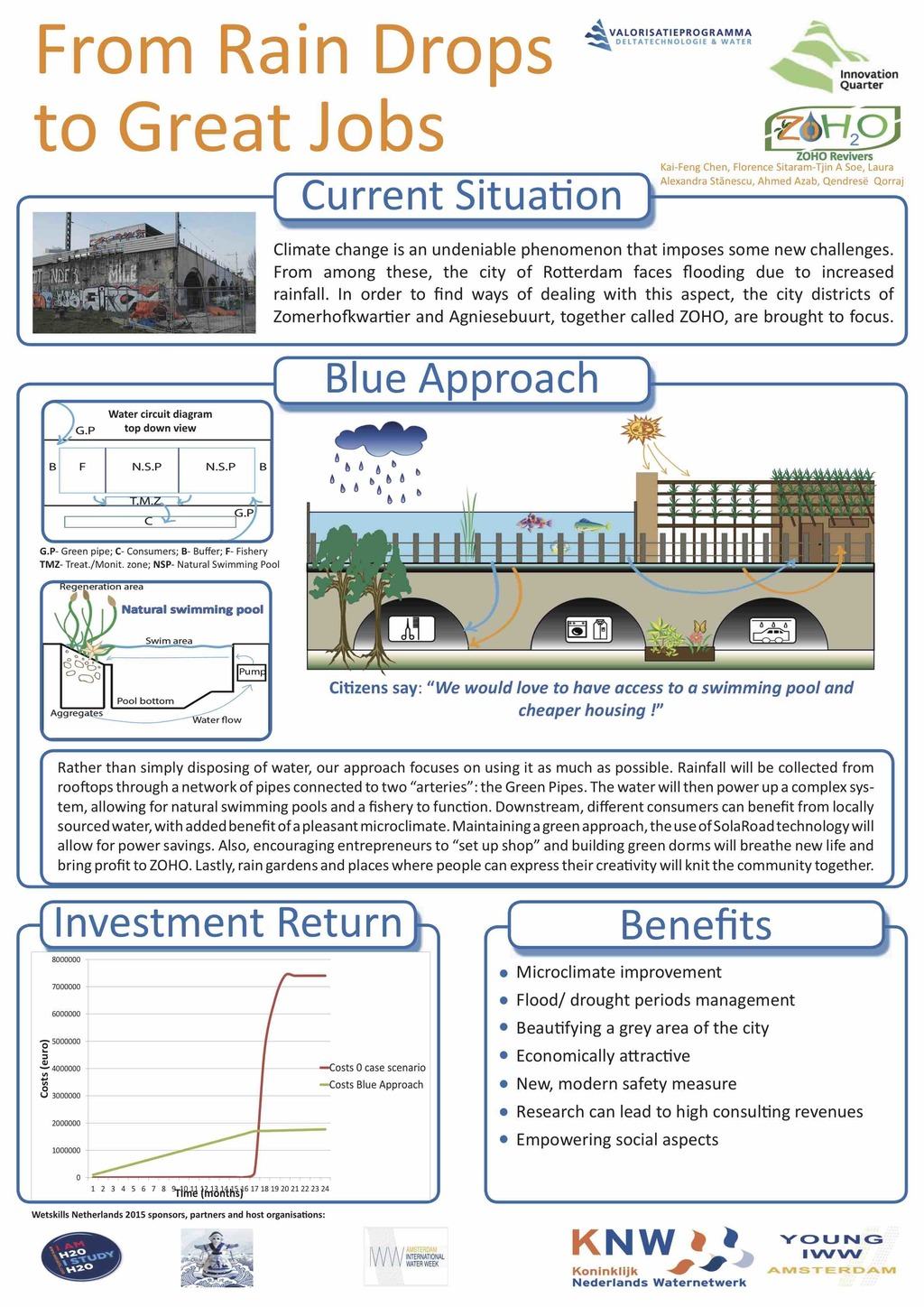 Railway tracks and Climate adaptation in the city of Rotterdam

The ZomerhofKwartier is a project area in the city of Rotterdam where several solutions for climate adaptation are being developed, in collaboration with all the stakeholders in the area. Alongside he ZomerhofKwartier lies a former railway line. Since it is not in use anymore, many alternative uses have been proposed, such as the creation of a green corridor through the city on the former track path. But can’t we do more than that? In the light of our Urban Water Resilience project, we thought of the tracks as a possible Aquaduct that transports rainwater, with underneath it various ‘studios’ for entrepreneurs which may use the rainwater (e.g. carwash, beer brewery, laundry shops, household buffering etc). VP Delta asks you to give some more thought to these ideas, and come up with creative ideas and feasible business plans for the further and future development of ‘Blue Entrepreneurs’ using ‘Blue Infrastructure’.