Press Release: – Wetskills: back to Romania 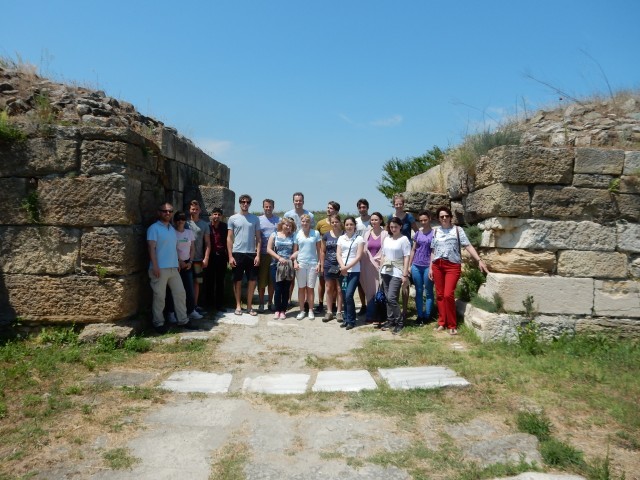 Press Release: – Wetskills: back to Romania

On 5th of June, the new edition of the Wetskills Water Challenge started in Bucharest. After the successful event in 2013, Wetskills was invited by the Politehnica to hold a new event. Romanian Water Association and the Technical University of Civil Engineering became part of the consortium. The Netherlands Embassy in Romania is supporting this event.

18 students from Romanian and Dutch universities will participate in the two-weeks programme. The programme will start in Constanta with the teambuilding trip to wastewater treatment plant and a construction site of Van Oord’s project aimed at preventing further costal erosion. Wetskills will end with the presentations and awarding during the ExpoApa (17 June). In between the student teams need to come up with out-of-the-box solutions for water challenges of the sector. The teams will work on four cases on temporary embankments, European water traineeship, resource recovery from ash of incenerated sludge and multipurpose structures to use water from flash floods for irrigation, see the description below

For the first time in Romania, Wetskills will organise the so-called BrainHuricane on Monday 8th of June at Politehnica University in Bucharest. This is the official kick-off of Wetskills and the start of the working activities of the students. In an interactive session, eight external experts from various organisations and with various backgrounds will help the teams during a speeddate session of ten minutes.

Wetskills Water Challenges is an innovative approach of an experimental learning combined with a competition element at formal water events. In this pressure-cooker programme, creative solutions for real-life local study cases are formed and presented by transdisciplinary and international teams. It is a networking and knowledge exchange event for students and young professionals in the global water sector.

Since 2010, Wetskills attracted more than 250 participants from more than 50 international universities and organisations in one of the thirteen Wetskills events in China, Indonesia, Oman, Israel, Egypt, Morocco, South Africa (2x), Mozambique, Romania, The Netherlands (2x) and Canada.