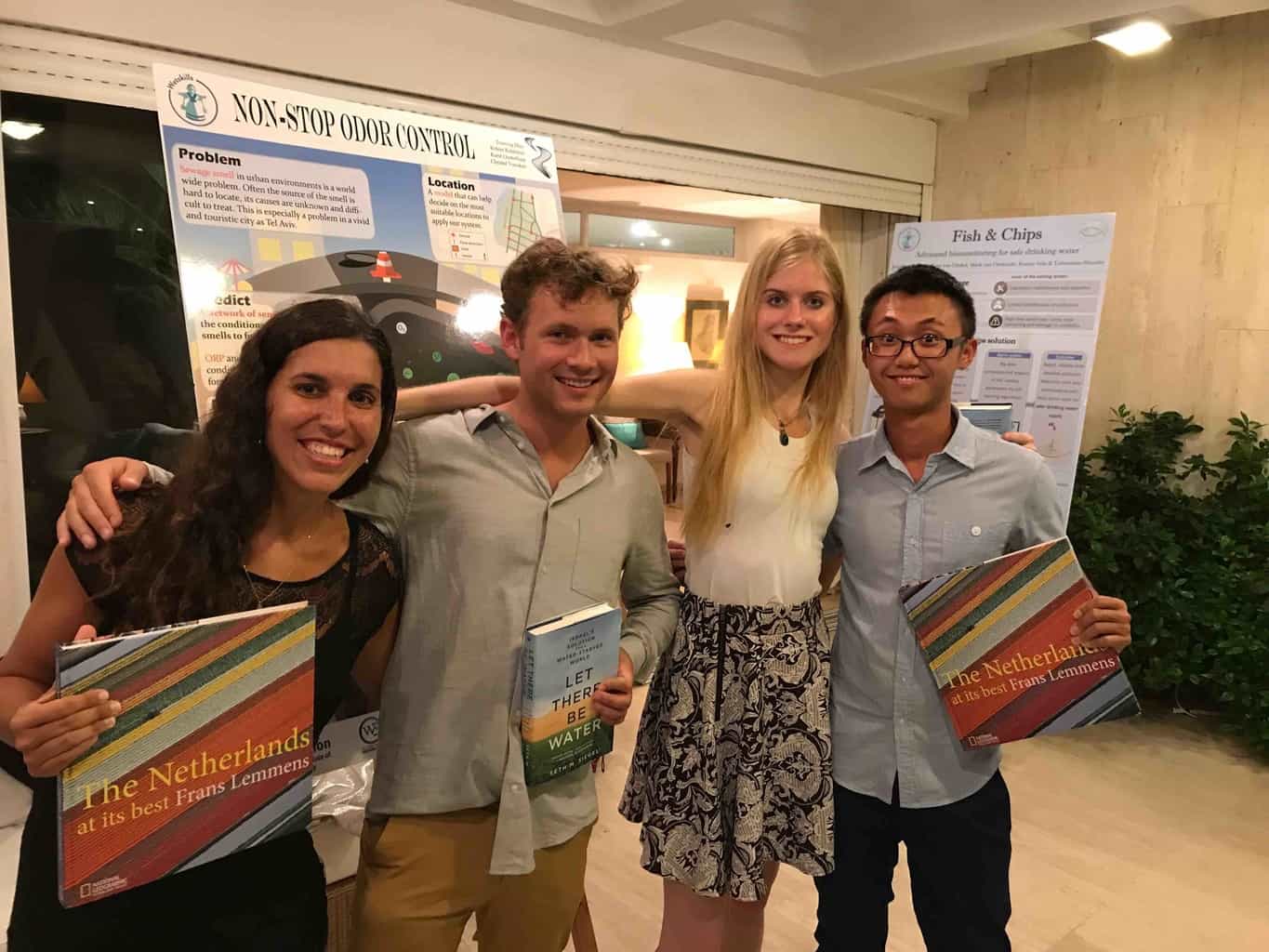 ‘It was a hard decision to announce the winning team. You are all winners’ said chair of the jury Henk Ovink special water envoy of Kingdom of The Netherlands at the awarding ceremony for Wetskills-Israel 2017. Henk Ovink prised the teams and was especially impressed by the quality of the presented two-minute pitches. ‘The quality of the presentations was high. A lot of water professionals can learn from this. Of course it is not only about the pitch, because a bad idea in a good pitch is still a bad idea. The best idea in a bad pitch wouldn’t make it either.’ At the end Team Oder Control, existing of Rotem Rotshtein (Haifa University), Karst Oosterhuis (University of Groningen) Canwei Mao (Ben Gurion University of the Negev) en Christel Voncken (Rotterdam University of Applied Sciences) was honored as winning team. The team came up with a early warning concept to detect odor by wastewater in the sewer by sensors and to neutralize the odor by dosing a small amount of nitrate. Case owner Mey Avivim, water company of Tel Aviv, was enthusiastic about the concept and appointed an engineer to start a pilot to test it.

The finals and awarding ceremony took place at the residence of the Ditch Ambassador in Israel. The an informal setting, the jury: Ram Sphiner (Kinnereth College), Racheli Kreisberg (Innovation attache of Dutch Embassy, Yeali Eistein, (freelancer & Wetskills Alumni) and Hein Molenkamp (WaterAlliance), case owners, and various professionals from the Israeli and Dutch water sectors (part of the Watec water technology conference & exhibition) and the Wetskills organizers listened to the teams’ solutions and discussed extensively. Also some Israeli Wetskills Alumni of various events in Israel, The Netherlands and United Kingdom attended the session.

Wetskills-Israel 2017 was the second Wetskills event in Israel after 2013. Grand Water Research Institute of Technion Israel Institute of Technology was the host again. The programme attracted participants from various Israeli and Dutch universities.