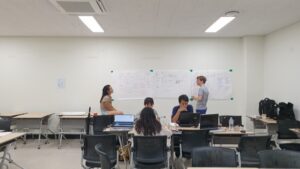 Today, Saturday was literally a working day. Just Working, discussing, writing, and working… Everybody looks tired, but the workshop was animated by their passion. 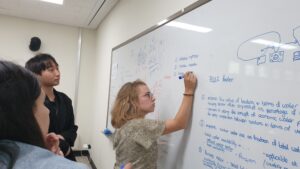 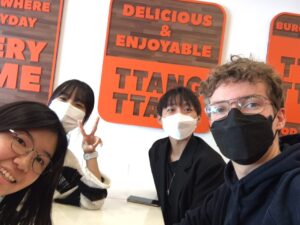 For lunch, Robin, Jin, Ju and I were going to eat pork cutlet actually, but the restaurant was closed. So, we visited a Korean style hamburger shop. The name of the shop is ‘TTANG TTANG”. The pronunciation is not “t-tang, t-tang”, but “ddang ddang”. However, it was a fast food restaurant. It took a long time for the food to come out. We were in a hurry to go to the room on time. In the afternoon, we had more time to discuss some content of the poster. 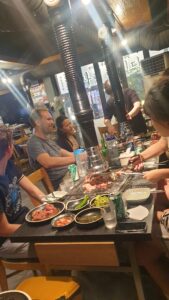 After today’s workshop, We were going to eat Korean BBQ near Konkuk univ. We tried to eat another Korean BBQ, called “Yangnyeom Galbi” (seasoned ribs). Foreign participants said that they had never tried Korean seasoned ribs. I think it was a good experience for them to try new Korean food.

We were reaching the highlight of tonight. We visited an indoor baseball playground! I was a team with Robin and the opposing team members were Floor (participant), Jen and Floor (supervisor). While playing baseball, I found some interesting facts that Robin and I are left-handed and the opposing team members are right-handed. Hahaha! We reduced stress playing baseball and came back home happily.