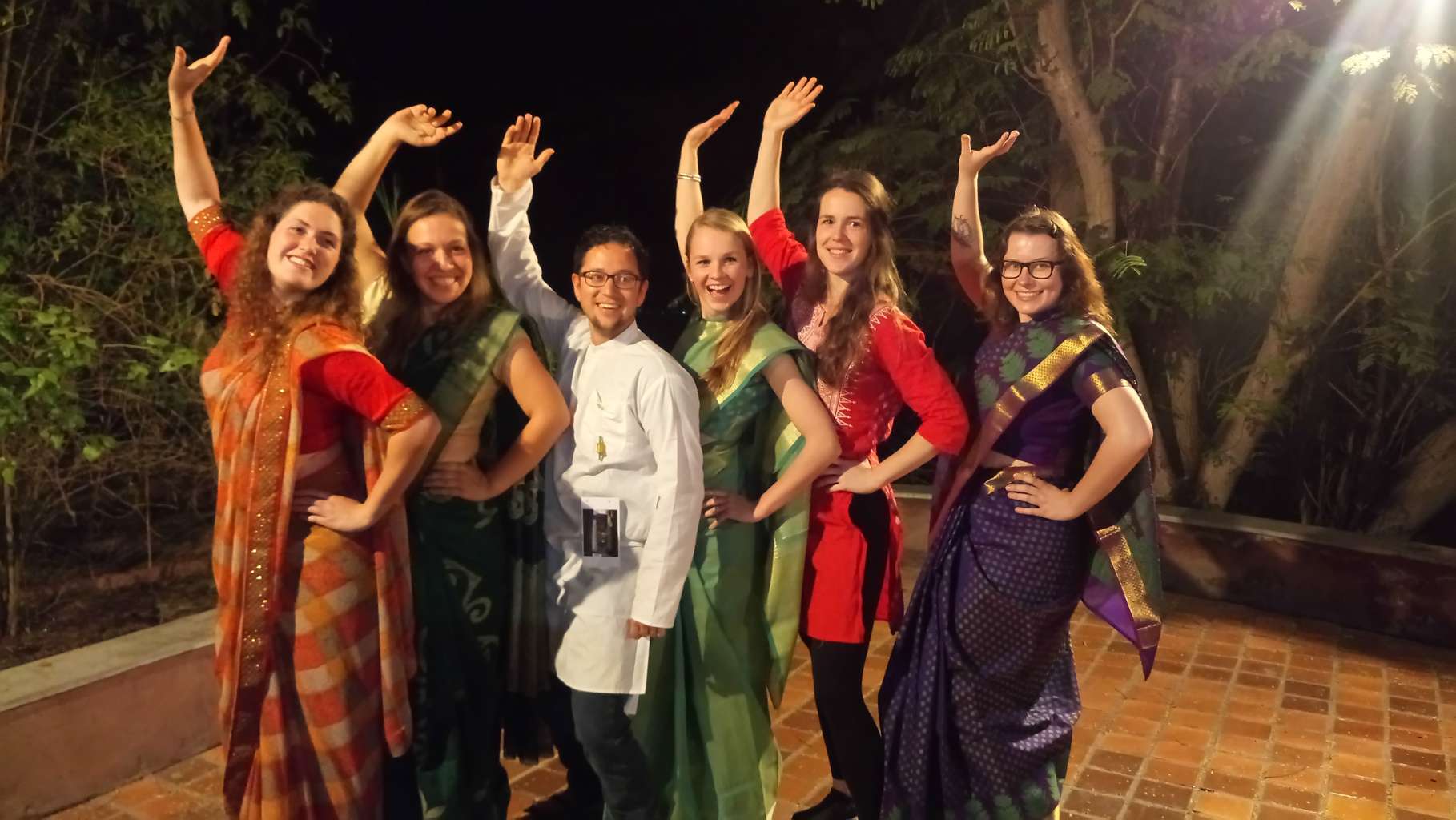 Today was the final day of the Wetskills program, which meant a day of many goodbyes. To eachother and for the most Dutch participants also to India, for now at least….

Before the goodbyes however, we started the day with a trip on the rickshaw for a visit to the old city centre, where we climbed onto a rooftop to enjoy the famous Kite festival, that takes place on the 14th of January. We were invited here by Poojan and his friends, in a house that is used only during the weekend of the festival. I was in awe of the beautiful overview of all the rooftops full of people surrounding us. While a mix of traditional and modern music was playing around us and the sun was burning our skin, we saw many colourful kites in the air, sometimes so far away the kites became a small dot in the clear blue sky.

Most of us attempted to fly the kites, but I soon discovered it looks much easier than it actually is. It is not without danger, since the strings contain glass fibers they are razor sharp. Without experience and taped fingers, it cuts the skin and more seriously: many birds get injured or killed by the strings. The last years there has been a big ‘Save Bird Campaign’ in Gujarat to address this issue and save the injured birds.

After a couple of hours of enjoying the spectacle, the group split up and some of us visited an old mosque, went for a drink or shopping for the final diner. The girls prepared their beautiful sari’s and the men wore kurtas, resulting in a photoshoot session to capture this special evening!

Then the certificates of  the program were handed out and the final diner started, ending with saying our goodbyes to eachother. Over the next two days the most of us (Dutchies) will leave India to go back to the Netherlands. Undoubtedly like me, full of many nice and unforgetable memories and new insights!

Thank you Wetskills, CEE and all the participants for the great experience!