Getting the gas going again 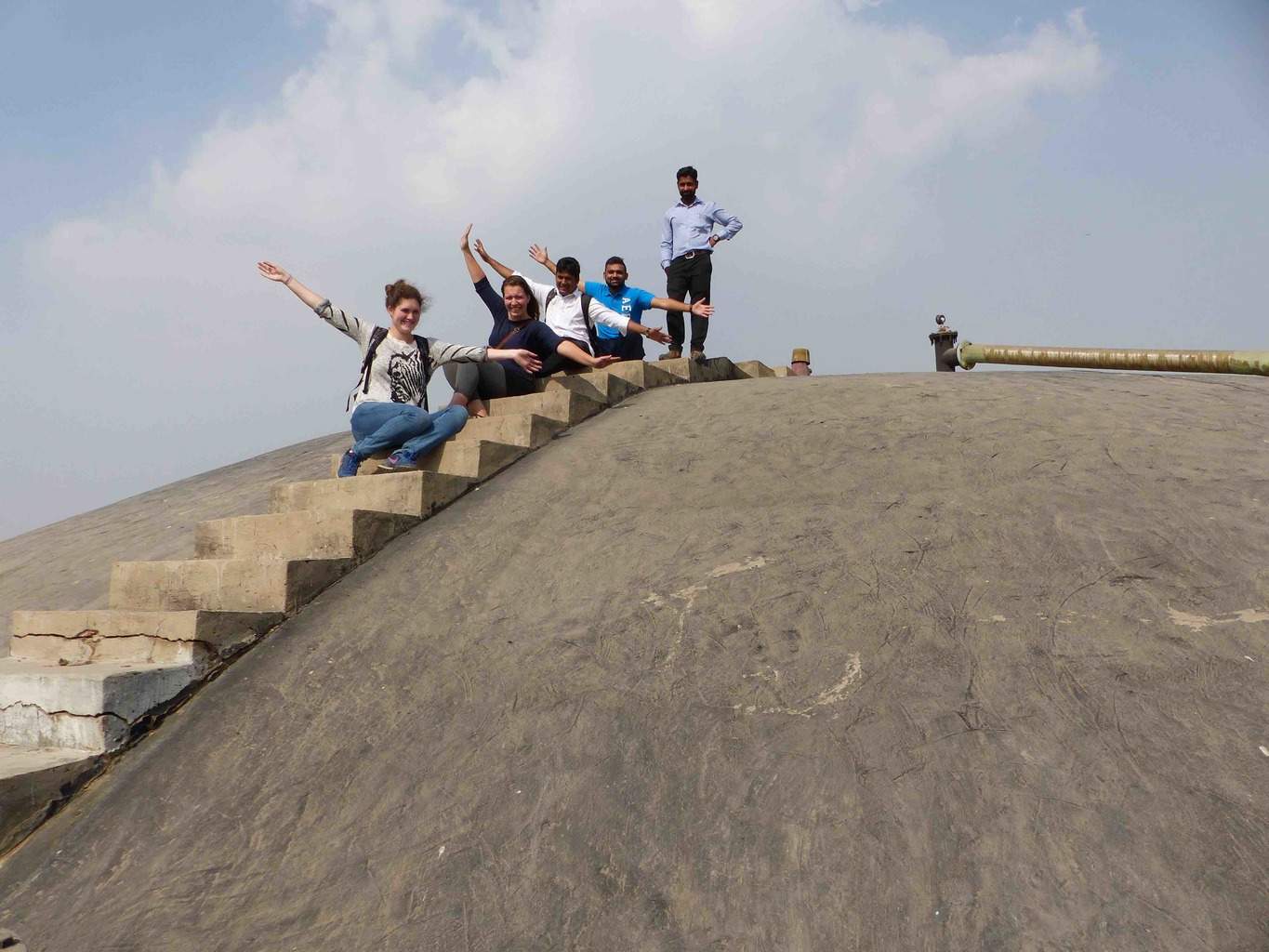 Getting the gas going again

After four days of getting to know each other, figuring out our cases and doing some preliminary research, day 5 was all about the real-life reality of our cases. Time for field trips.

While “9.30 sharp” slowly turned into ten, our team got ready for departure. Working on a case for the Ahmedabad Municipal Corporation’s (AMC) sewage department, our team haad acquired the lovely nickname “the Sewage people” and today we definitely lived up to our name.

The open windows of our taxi-van allowed us to detect the change in odour – we were instructed not to say smell – and before we knew it, we arrived at the sewage treatment plant (STP). We were welcomed by no less than three security checks, but our magical paper of AMC signatures got us through all of them without problems.

The 180MLD treatment plant is huge. Having an image of Dutch STPs, the state of the different structures and facilities was a bit different than expected. All the elements were there – digesters, sludge thickeners, clarifiers – but it was hard to imagine that this worn down plant had only been running since 2009. Obviously, maintenance of this complex would be a huge task, and equally obvious, for some of the facilities, maintenance efforts had not been sufficient. Especially the biogas digester – the topic of our case – was in quite a state.

Cracks could be found all across the dome and while the problem of our case owner is that oxygen was entering the dome during the sucking process, we got experienced first hand that this was also happening the other way around. Sulfide-like odour (actually: smell) got more apparent as we moved towards some of the bigger cracks and we actually saw some of the concrete crackling down as we moved around it. The people we spoke to were extremely accommodating and helpful. We got to visit all the places significant to our case and were guided by the knowledgeable STP employees and operators along the way. After a quick lunch at the aptly named hotel “Cosy”, we resumed our way to the nearby biogas plant where we found a very modern and well-equipped facility that – we found out – had not been running for over a year.

The increased oxygen in the biogas has driven the bottling company to cease operation and the machines the manager was showing us so enthusiastically had been standing idle for over 13 months. The contact with the employees and operators of the different sites helped us see the complexity of issues here that boiled down to one very simple issue: insufficient maintenance.

After the obligatory photo shoot, guestbook signing and selfie session we returned to the Centre of Environment Education. A bit disillusioned, but mostly full of new insights, useful information and energy to turn this situation around and get the gas going again.