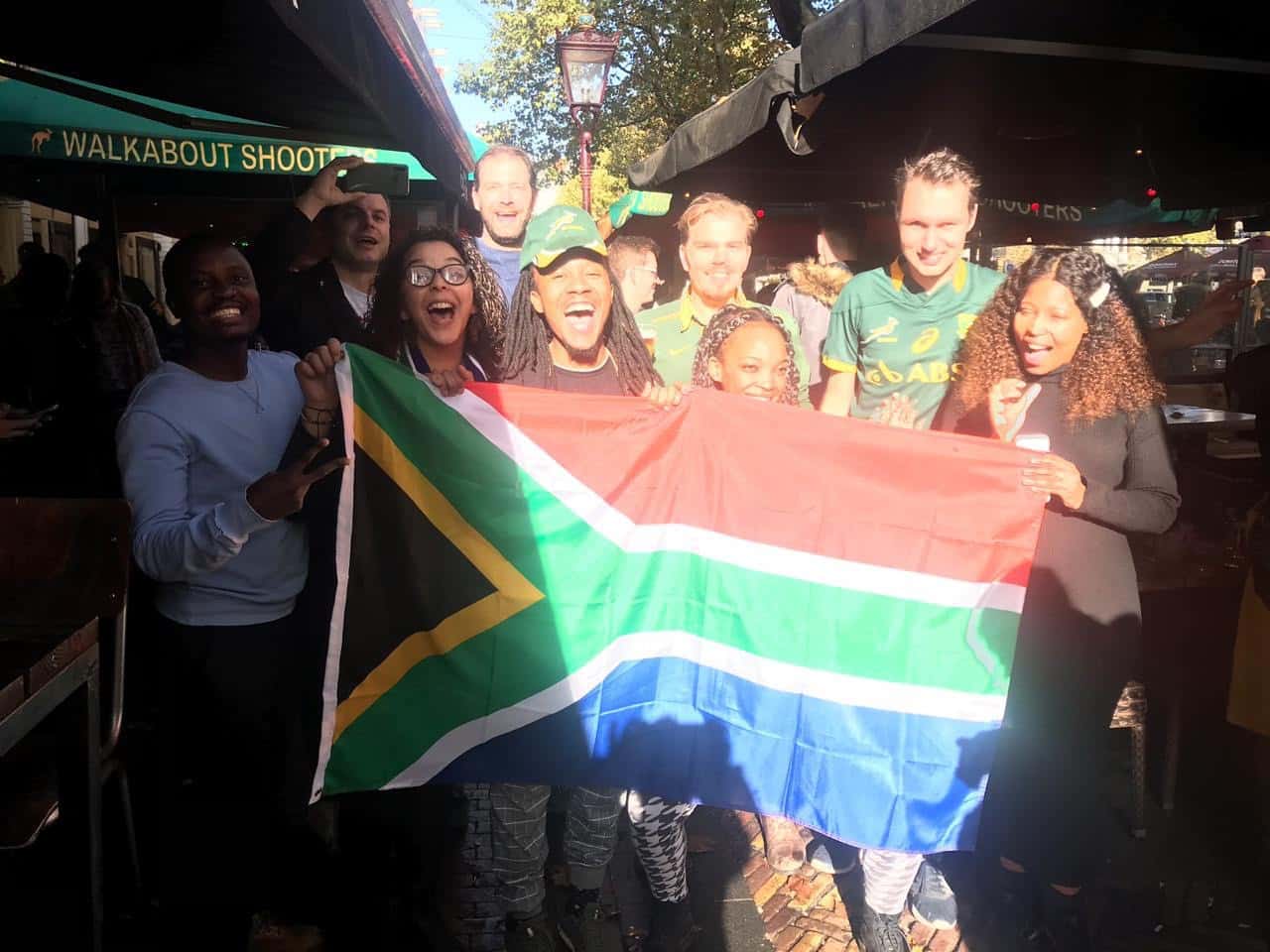 It was an early start for us this morning as we prepared to travel from Rotterdam to Amsterdam. Chaos ensued as those of us staying at A&H attempted to haul our suitcases down the stairs but we eventually managed to get make it to Rotterdam Central Station on time.

Some of the delegation had arrived in Amsterdam earlier to find a place to watch the Rugby World Cup final which was South Africa vs England. The South Africans who arrived later (and other sports enthusiasts among us) streamed the match on the big screen at the hostel. Everyone was in high spirits when South Africa won the game and it was time to celebrate! But first we had to finish our draft paper and work on our pitch. 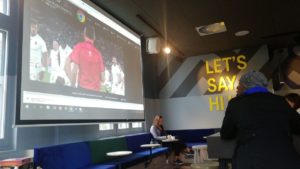 Streaming of the Rugby World Cup Final at the hostel

Today was another day where we had to meet a deadline; sending our draft paper for feedback.  Some worked until late in the night on finalizing the pitch and poster while others went out for some leisure time – choosing either shopping, sightseeing or having a few drinks (or doing all three in some cases).