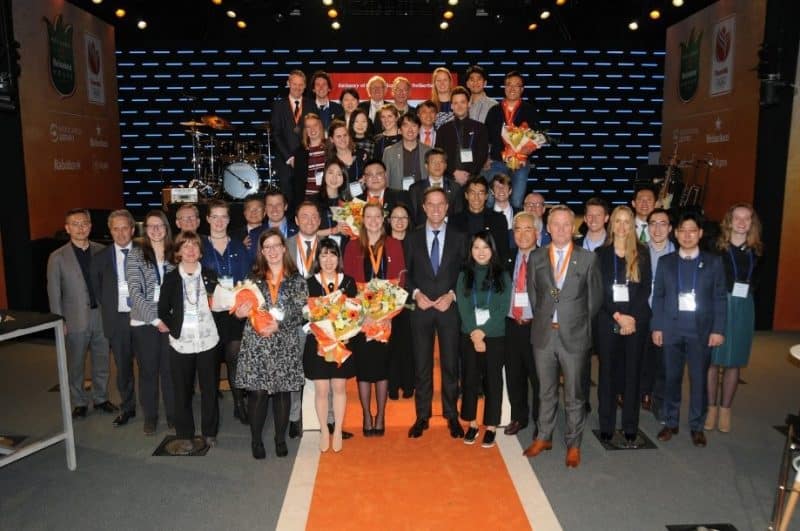 Wetskills South-Korea 2018 – Today is the day! We have been working on the project for two weeks, and today we had to pitch our solution in the Holland Heineken House! Everybody was looking forward to it, even though the nerves were increasing.

We stayed the night in Donghae, a place which is a one hour drive from the Olympic city Gangneung. In the morning we travelled to Gangneung to practice the pitches in the Holland Heineken House. We arrived quite early, so there was some free time before the last practice. During the practice multiple things were discussed to make the actual final go as smooth as possible. After having some luxurious lunch the finals were about to start. We didn’t know the order of which we had to pitch because it was selected at random. You could feel the nervous atmosphere with the students, but the tension disappeared after the pitches.

First up was team 5, Otterable. A lot of pictures were taken during the first pitch, but they handled the nerves excellent so the applause afterwards was well deserved. I was in the third team to pitch. After I introduced the case owners and our consultancy name my teammate Lisa performed the pitch. It went very well and after the Q&A we were extremely relieved, as well as the others groups after their pitches. With one pitch to go the prime minister of the Kingdom of the Netherlands arrived, so pressure was even higher for the last group. After the last pitch the judges discussed about the best solution. It took about 10 minutes, and during those minutes the prime minister Mark Rutte interviewed us! It was really cool, a bit unreal as well, to talk to him. But it was an awesome experience which we all will never forget. 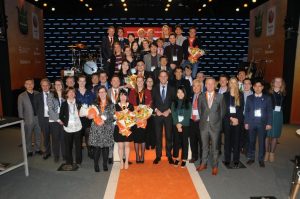 Mark Rutte also announced the winner of the Wetskills edition South-Korea 2018… It was team 2, the team of DEEP! They had a lot of innovation in their solution, and that was the decisive factor. Big congratulations to Rianne, Bin, Anniek en Wonjung for winning the Olympic Wetskills edition! After taking some group pictures we had some free time. Of course we were all relieved and to celebrate our achievement we had some drinks… cheers! Or as the Koreans say: Kambee! The same afternoon we received a certificate of participation from our project leader Johan Oost. 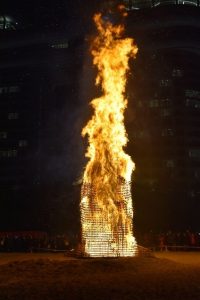 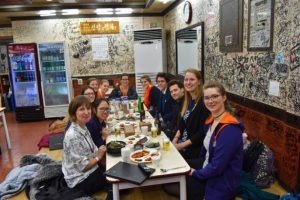 We walked to the beach to relax a bit, and we knew there would be some huge fire or something similar. It surprised us when we saw a performance of a couple of Korean people with fire. After the show they lighted up a structure made of wood, as you can see on the photo. We went for dinner at a small restaurant. While sitting on the ground, we ate some Korean food, which is very tasteful and recommended! After dinner some of us went back to the ‘HHH’ to warm up, but I heard some music nearby so I just walked straight to the sound and ended up with two flares in my hand, while dancing with some Korean people!! It was lovely to see their passion for their tradition and to participate in the unknown ritual was even more funny. I’ve had lots of fun and it warmed me up as well! 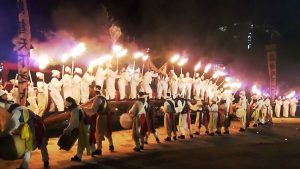 The day wasn’t over yet. The Dutch Olympic team won a stunning amount of four medals, and this was only the first day of the Olympics! About one hour later it became known that all four the athletes would come to the HHH, so plenty of great moments to come. That evening we partied like never before and celebrated during the four different medal ceremonies! With the bus driver we had the agreement to leave the HHH at 1 o’clock, but it ended up partying until half past two. What a day it was… For me personally it was the best day of my whole journey.