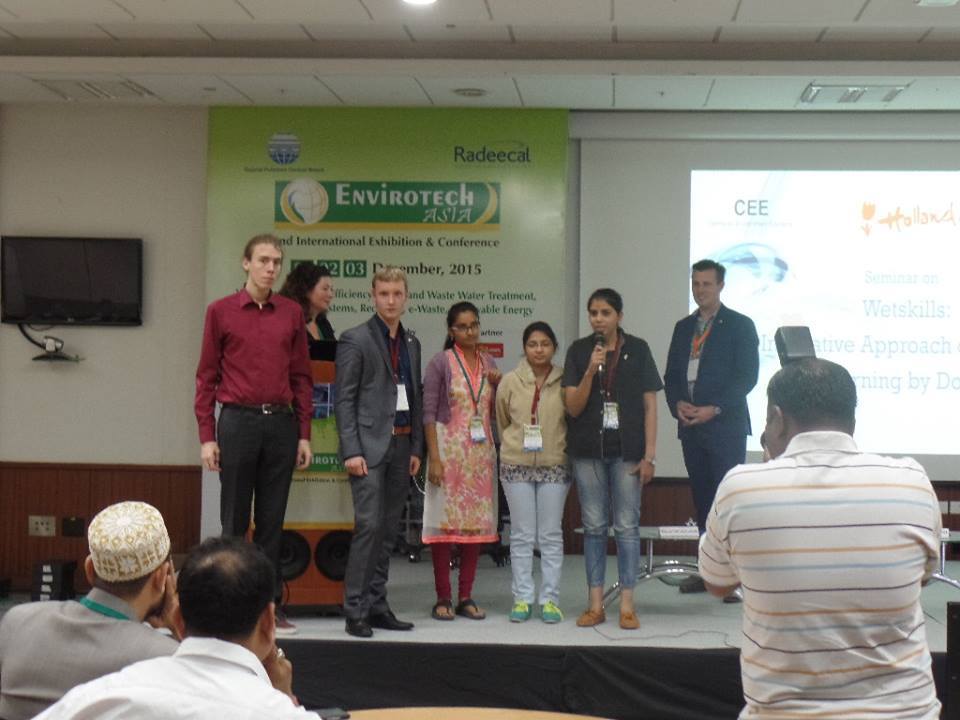 Today we went to the envirotech conference in the Mahatma Mandir conference centerir, the main topic of the conference was wastewater treatment.

After a bus trip from the CEE campus to Gandhinagar and a few wrong turns we arrived at the conference center, an impressive building still partly under construction. One of the key elements, still under construction is the windmill that is integrated in a bridge to the Ghandi museum that is part of the conference center. The conference was divided in to parts, lectures of companies and organizations and an exhibition with company stands. The lectures had a variety of topics with some idealistic topics such as a sunglacier by Ap Verheggen and zero liquid discharge for industries.  What kind of surprised me is that topics like the water food print, which even in the Netherlands is seen as progressive are already landed here in India.

After the conference we when with part of the participants out of dinner, with the transport the fun started. We went with nine people in a taxi to a five star restaurant in the city, some of us in the trunk. When we arrive the price for the taxi went up from 100 rupee to 400, but being dropped off at a 5 star restaurant does not help price negotiations. We orders over 22 items from the menu ending in a shared feast meal. Riding back in the tuck tucks by night the difference between rich and poor were clearly visible, a few hundred meters from the restaurant people were sleeping two rows thick on the street. The huge difference between a 5 star hotel and people living at the street reely puts things in perspective.  Back the campus a few rounds of cards and some water related discussions it was time to call it a day.