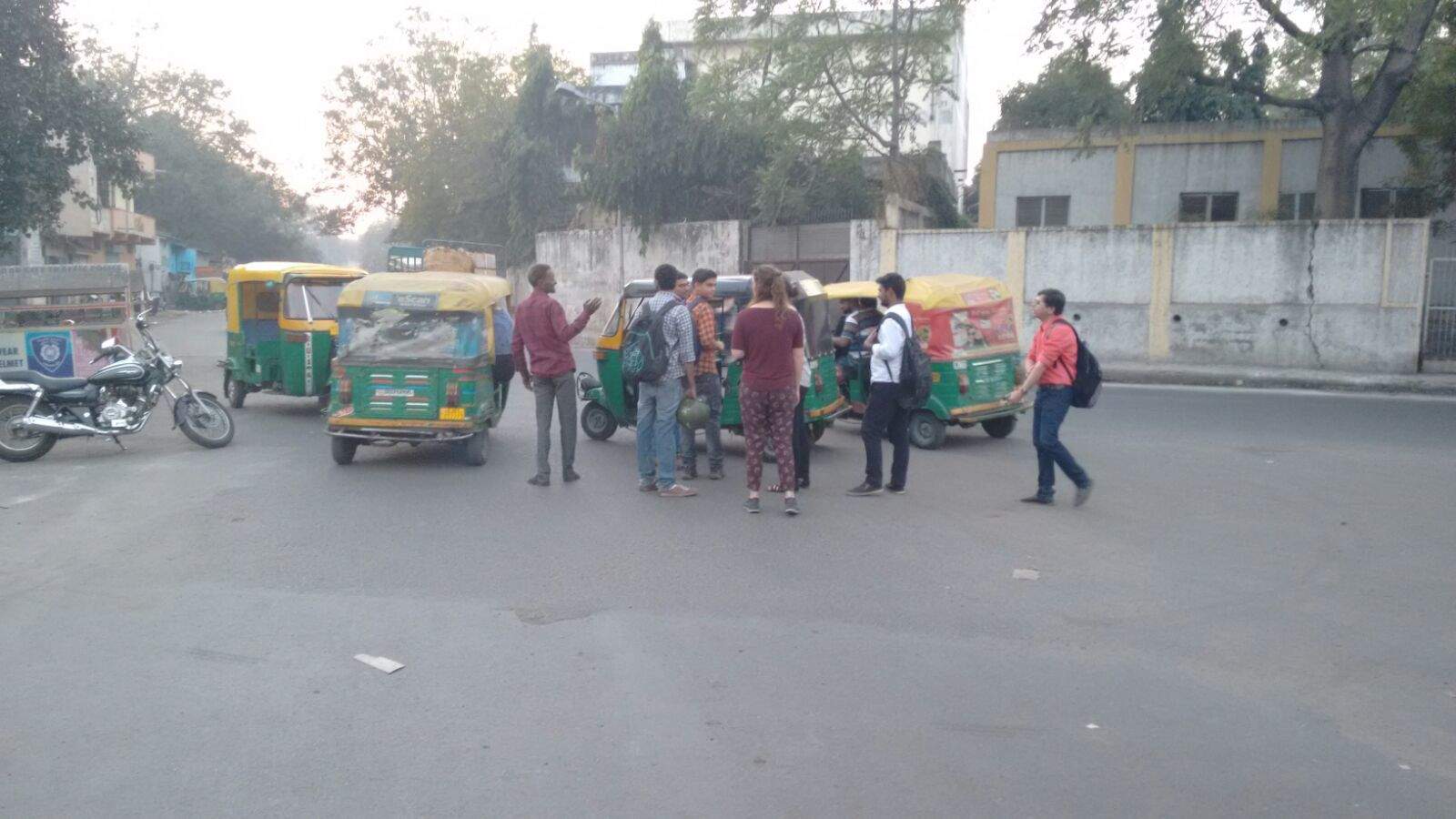 9 o’clock in the morning the whole Dutch Wetskills group was complete and they departed for Ahmedabad. Around 12:30 they reached at CEE centre. Today a day of city sightseeing was planned for them to get to know Ahmedabad.

Afterwards we had a guided tour around the CEE campus, it’s like a green oasis in comparison to busy Ahmedabad, a really nice place to stay for two weeks. After this tour we moved forward towards the Ahmedabad’s tour, we as the Indian guys showed us more of Ahmedabad.

We as the INDIAN guys were guiding our visitors regarding the places we visited in AHMEDABAD. The first experiences with Uber’s and rickshaw’s were made. First we traveled to Gandhi Ashram, the house were Mahatma Gandhi lived. An Ashram is a place where people come together to get inspired by great thoughts of spiritual persons, such as Mahatma Gandhi. Thereafter, we went to a step well. This is a giant kind of stairs deep into the surface. In the past, these step wells were used to store water in the monsoon season. This water then can be used when water is more scarce. Even when not a lot of water is in the well, the water can be reached, you just walk down the stairs until you reach the water level. These step wells are really beautiful places because of all kinds of stone carvings that is made into the concrete. The last place we visited was a Jain Temple.

Later on we moved further towards the FARKI’S LASSI. It was the actual place where we were actually introduced with each other as we were able to know the hobbies, choices, etc of our companions and thus the beautiful day ended at reaching CEE campus late night. 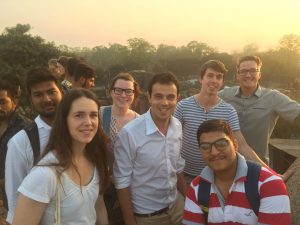