Holland Heineken House, Gangneung, South Korea – 10 February was the ‘finals day’ for the teams of the first Wetskills edition in South Korea. Besides this, it was also the first ‘Olympic’ edition because of the link with the Olympic Winter Games in PyeongChang 2018. The location of the finals was the Holland Heineken House (HHH), famous for the celebrations of the medals of TeamNL.

The Dutch prime minister Mark Rutte attended the finals as special guest. After the 2-minute pitches of the teams and the Q&A sessions, he interviewed each team shortly. The guests were VIP representatives and professionals of the Dutch and Korean water sectors.

Read more: link or watch the movie of the Olympic Wetskills-South Korea 2018. 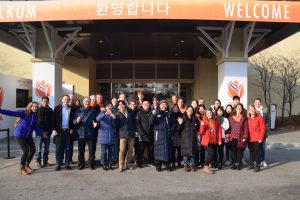 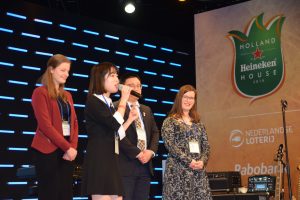