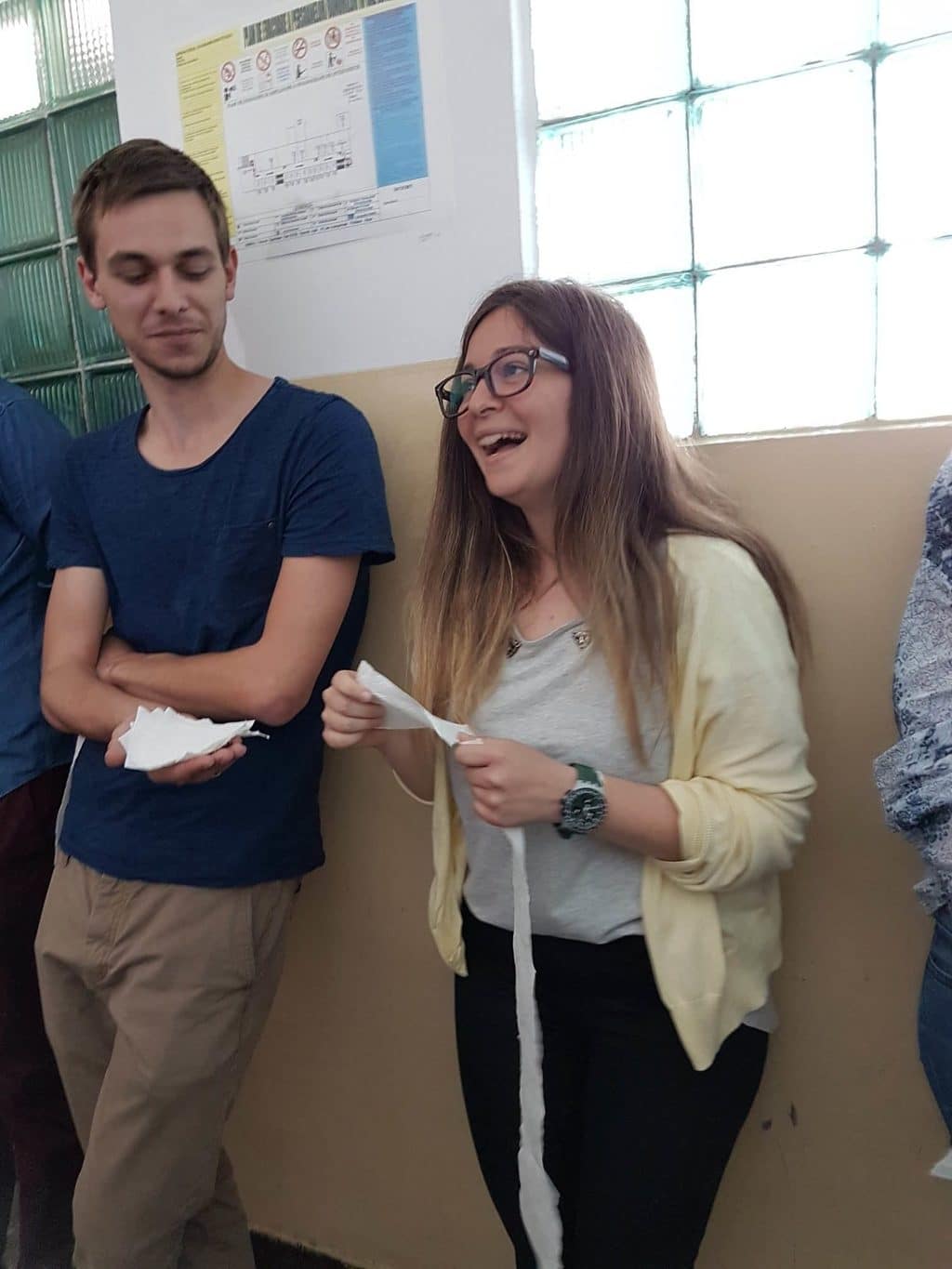 Sunday was the last day of the teambuilding weekend. After two days of sitting in the bus it was nice to finally be at the Polytechnica University. After a good night of sleep we got up early to meet at the university. Finding the room where we had to meet was rather difficult, all the hallways in the building looked exactly alike. When we sat down in the classroom we were told that we were going to play some games to get to know one another better. A toilet roll was handed to all the participants and we were told to take enough toilet paper for a bad situation. When everybody had plenty of toilet paper we headed for the hallway, where we stood in a circle. At that point we were told that for every piece of paper you had taken you had to share something personal about yourself with the group, I had 9 pieces of paper…

After we had some laughs with the game, we were introduced to the different case studies. There were five case studies that all sounded wonderful, and we could list the study cases that had our personal preference. My top 3 was; Climateproof Megacities, Jobs in the Danube Delta and Flood proof Romania. After a short brake, which we spent outside playing a drawing game, Alisa had finished making the groups. Jobs in the Danube Delta was going to be the case study that I would be working on, together with Joris, Stefan and Anna.

The second half of the day consisted of preparing a meal with your case study group. All five groups were told to prepare a different kind of dish. Me, Joris, Stefan and Anna were told to make a gluten free meal. None of us had any knowledge of a gluten free dish, so before we went shopping at the mall we looked at different kinds of recipes. We agreed that we would make a dish with zucchini and tomato sauce and a dish with mushrooms filled with mozzarella. As soon as we had finished the list of ingredients we went to an enormous mall. The mall was the biggest I had ever seen. It had a rollercoaster, ice rink and climbing wall inside. When we finished shopping we returned to the dorms and started preparing dinner. Because there were no cooking accessories we had to improvise. We used one pan for cooking the zucchini and made a grill out of tin foil to prepare the mushrooms. 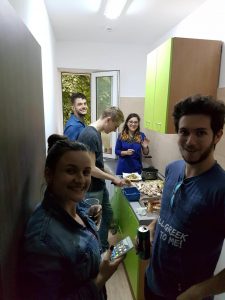 Tables and chairs from all the bedrooms were carried to the entrance hall where a large table was prepared for us all to eat at. The food everyone made was absolutely delicious; there was Romanian food, Dutch food, Greek food and Indonesian food. After everyone had finished eating we had a few beers to conclude this fun day.