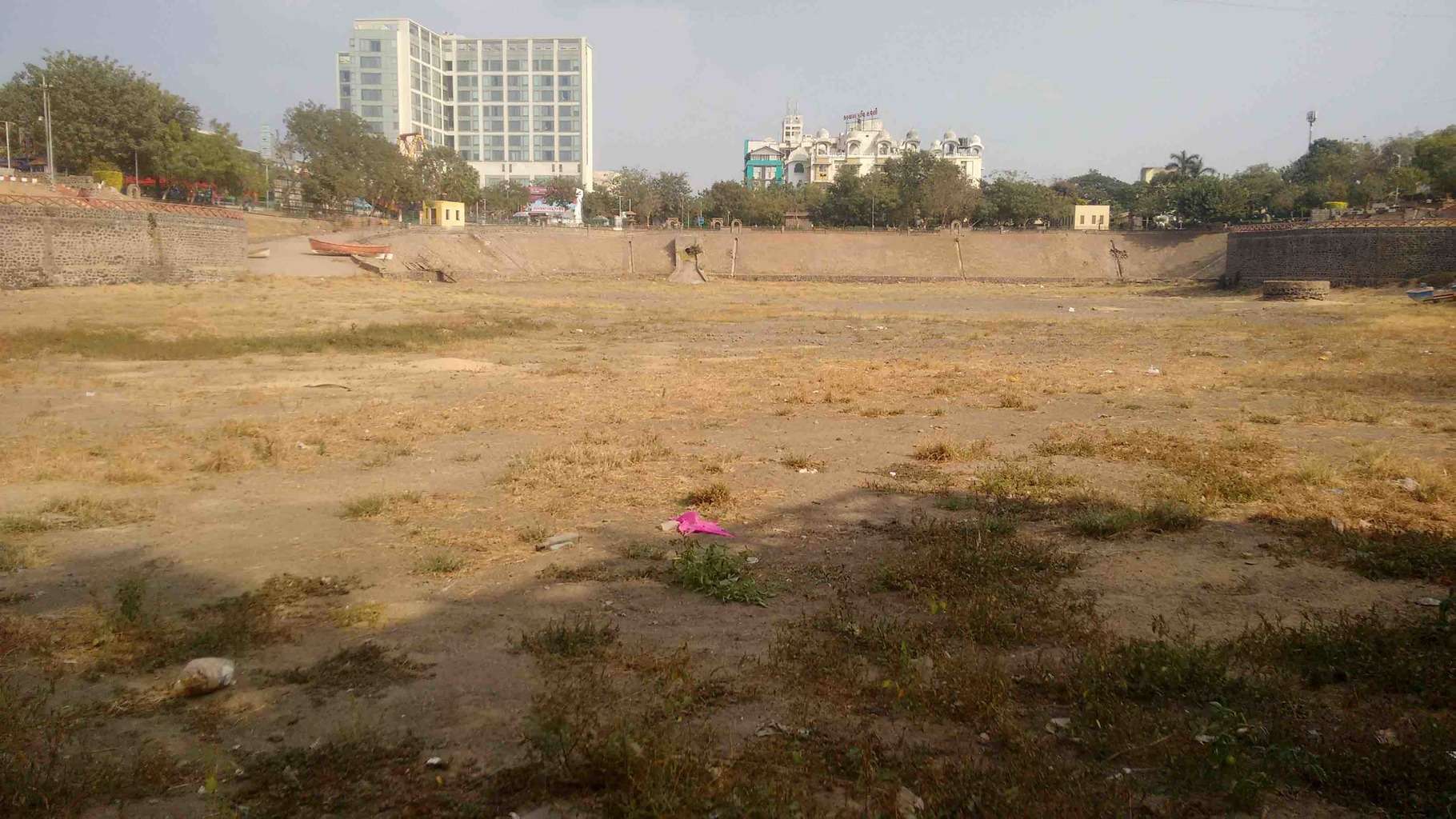 After the first working day, today was the day we would go into the field. Our case study concerned the use of floating pumps in lakes in Ahmedabad, so we decided to visit a few lakes inside the city and see what their current state is.

After doing some preparations in the morning we were ready to leave the campus around 1:00 in the afternoon.

Abhishek and Manish showed up at the gate of CEE with their motorbikes and we drove off to the lakes with Björn and me on the back of the bike. After getting a few hearth attacks from (in my opinion) almost-crashes in the Indian traffic, we first went out to get some lunch and enjoy some chicken dibba. 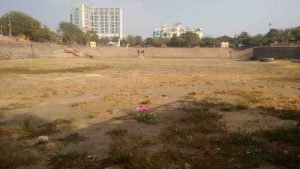 The next stop was the first lake: Vastrapur lake. This lake is located in the middle of a relatively rich part in Ahmedabad. Despite the lake has a lot of sewage pipes outlets, the ‘lake’ is completely dry. This is done by the Ahmedabad municipality on purpose. The ‘elite’ who lives nearby the lake doesn’t want the lake to be full to avoid pollution and a bad smell.

The second lake we visited was a bit further away and is named: Thaltjeh Lake. This lake is located in a poor area in Ahmedabad. Small houses and some slumps are standing at the lakeside. This lake is – in contrast to the other lake – filled with water. There is some pollution but it’s not that bad and it doesn’t smell. While visiting the lake we attracted a lot of the attention of local people and especially children were interested in us.

When we arrived back at CEE it was almost time for diner. After a quick stop at the ATM we found three riksha’s and were on our way to the city center. We stopped at the night market and after we found our way through the crowd we sat down to enjoy plenty of dosa’s and other food and we ended the night with some icecream.

Back at the CEE, some of us played a game of cards but the majority went to bed to prepare for the next day! 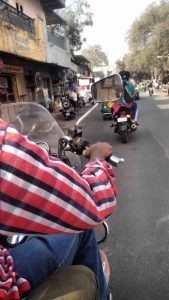 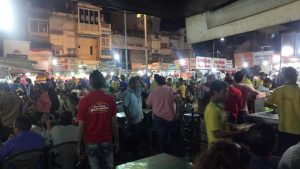 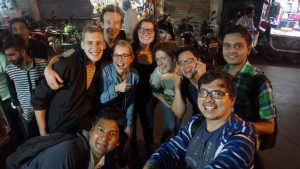