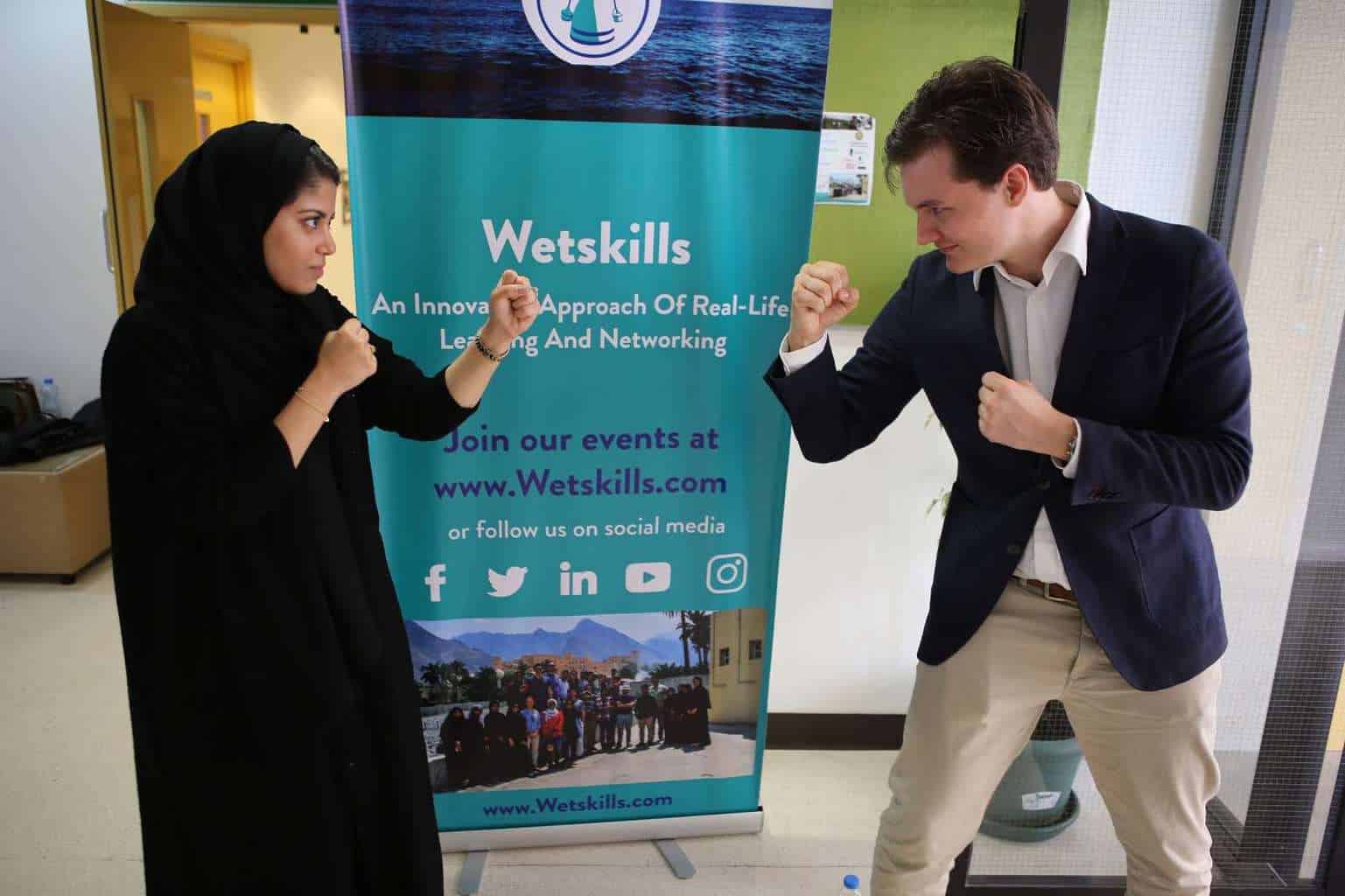 Today was the day for the pitchers and the posters! The day every group has been working towards during the Wetskills program. This is the day Wetskills looks most like an competative arena in an otherwise very friendly program.

Martijn:
The day started at the Sultan Qaboos University. All the pitchers, me included, still had plenty of time to prepare untill the end of the day. We started with a some great awesome Omani food that our Omani Wetskills groupmates brought along with them: Shúkran!
After that display of culinary excellence it was time for a pitch rehearsal with all the pitchers. Everyones pitch greatly improved compared to the previous day. I knew that I had to get serious if I even wanted so much as a shot at being the best pitcher. Speaking of best pitcher. We could’t compare our improved pitches to the pitch of the person who was the best pitcher the day before. She was “conveniently” absent during this final rehearsal….. Atheer?
Atheer:
I memorized my pitch the night before, I can recite it backward and forward. Among the other pitchers, one in particular was very competitive and hard to beat: Martijn
So I practiced twice more on my own when I first arrived at SQU in the morning. When it was time for final rehearsals with the other teams, I thought:
“Rehearse one more? Naaah!” I was good to go and ready to win!

Best of luck Martijn, you need it.

Martijn:
Just twice more? Impressive! I think I did it 20 more times before the official pitch. Perhaps I started too late (probably), who knows?
The hour had arrived  to begin the poster market and the pitch sessions. All teams made awesome posters and the teams were happy to explain them to the expert jury. The pitches took place in a conference room filled with professors and students from SQU. The jury has a high level of expertise, so it will be difficult to convince them of our solutions. The order in which the teams had to pitch was chosen at random. As it happened Atheer had to pitch first. Let’s see what I’m up against. You got this Atheer!
Atheer:
The team who pitched before us raised the bar high. I was racing against time. I had to remember all the right words, with the right pace. At this point it wasn’t about winning anymore, it was about the hard work all teams put in their cases, and the great change our solutions can bring.
It was about getting the correct message across to the audience. I can see the other teams between the audience nodding and reassuring whoever is pitching that they’re doing a good job.
Martijn’s turn came last. I knew he put so much effort into this, so he starts pitching, and I start praying. I hope he nails it!
Martijn:
Time to pitch! All the other pitchers did their pitches amazingly and were able to answer the questions from the jury. The jury was very interested in everyone’s projects.
Pitching for real is always different from practicing. Time is short and there us no room for error. I finished mine with 4 seconds left on the clock…Phew… I am glad with my awesome groupmembers because the jury asked some difficult questions. But we, like the other groups, were able to answer their questions. After the pitches it was time for the posters and for group pictures. Lots and lots of group pictures!
Atheer:
To celebrate our fantastic accomplishment, we all went to a restaurant to enjoy some local Omani food. Most of us were traveling the next day, so it was our last night with the whole group. We enjoyed delicious Omani food and great company.
We all took turn to say couple of words as appreciation and goodbyes. Dr. Ahmed, Nynke, Rick, and Johan (even though he already left) were the highlight of our night. This challenge wouldn’t have happened, and I wouldn’t have met all these wonderful people if it weren’t for them!
Some of us then went to the beach, where we had great quality time. It is fascinating to see how this program diminished the cultural barriers between 7 different nationalities.
We are all now proudly part of the Wetskills Family! 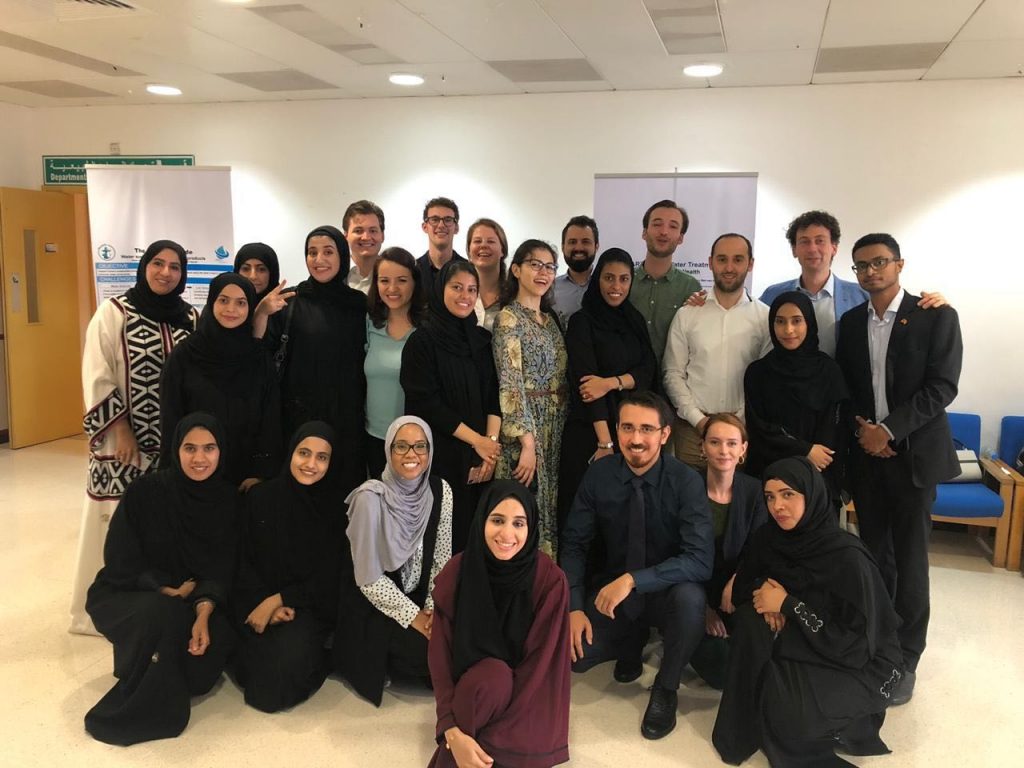