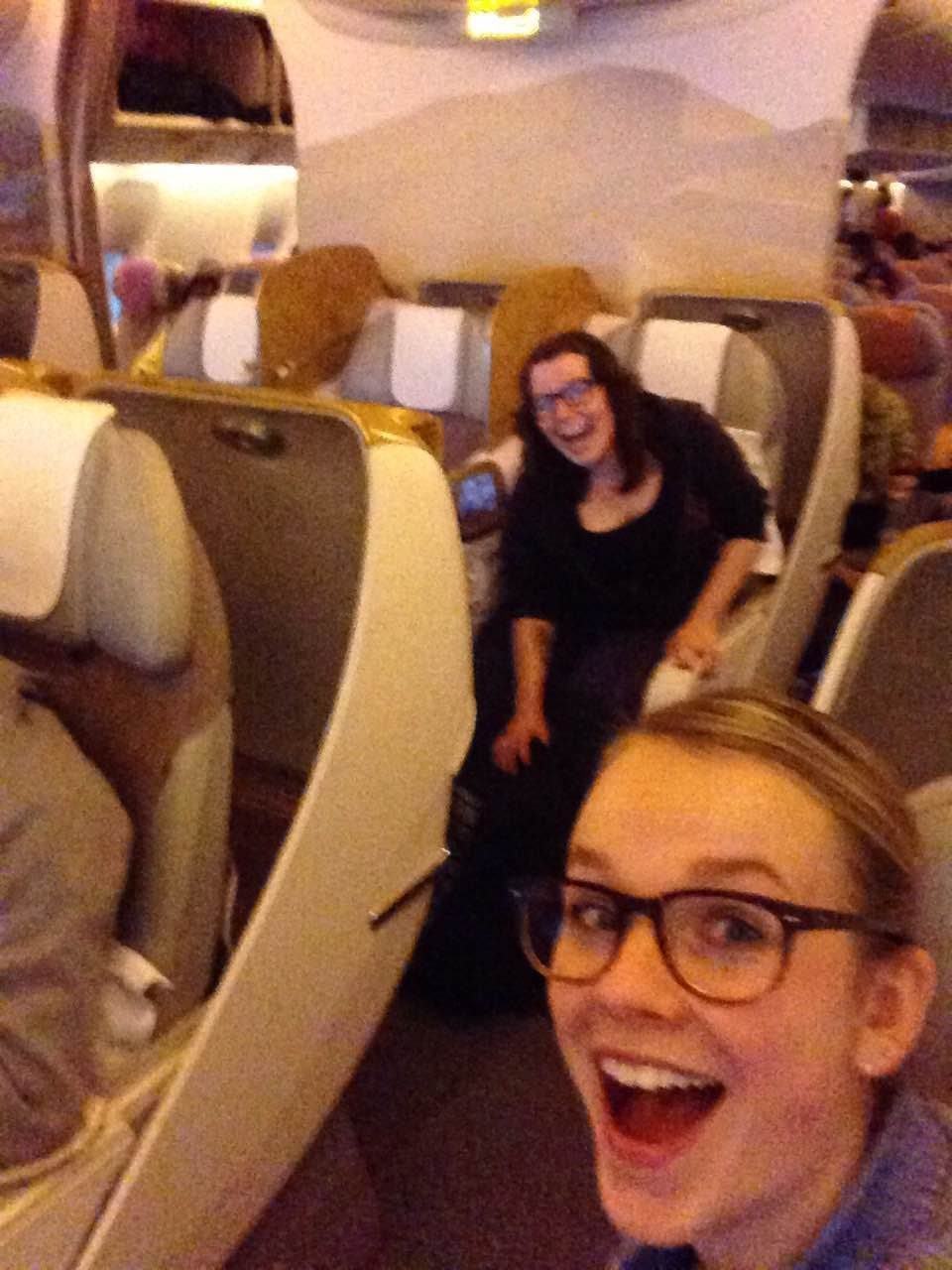 At the first of January, the Dutch delegation of the Wetskills program arrived in Ahmedabad, India. Tess and I had a really pleasant flight from Dubai and Ahmedabad due to a upgrade to Business Class.

After a big breakfast on the plane, we arrived at Sardar Vallabhbhai Patel International Airport. When walking out of the plane the first staring eyes of a row Indian guys was a fact, we were the only western passengers on the whole plane. The second typical Indian experience was the check of our visum. Just three small desks in a big empty space without safety measures, completely different from the Netherlands.

When leaving the airport a whole bunch of people and taxidrivers where waiting on travelers to pick up. Indian people in Ahmedabad aren’t really used to western people so Tess, with her blue eyes, and I, with blond hair, were in the center of attention. Luckily our taxi driver was already arranged by Wetskills so we could quickly continue our journey to CEE.

It was still early in the morning when we drove with our taxi to CEE, but even now we were overwhelmed by all the horning scooters, cars and rickshaw’s. Everybody just ignores traffic lights and horns even when no other cars are around. It’s just chaos, even without crossing and cows laying everywhere. The people who dare the most are the fastest on their destination, but not without risking their lives approximately every minute. Arriving at CEE, we thought we were entering an oasis. The campus of CEE it completely green and all kind of plants and trees are growing there, a really nice and relatively quiet place to stay for the next two weeks!