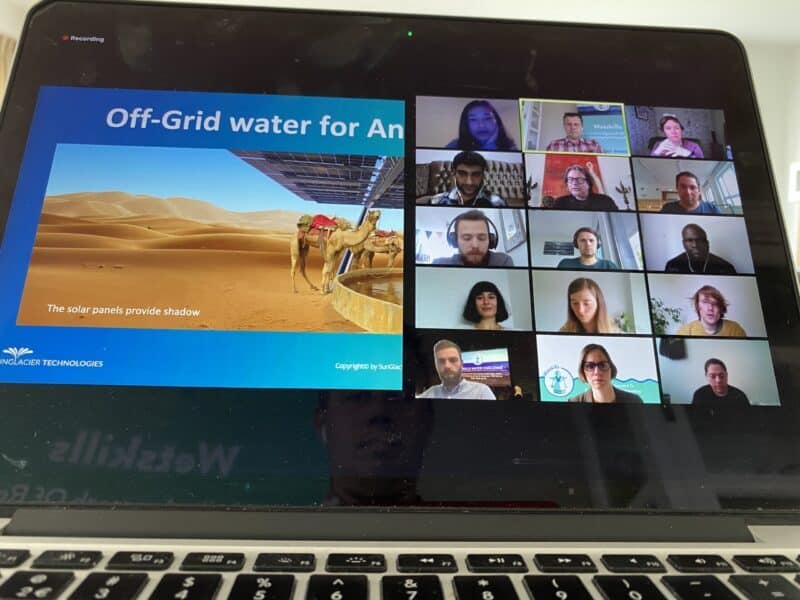 80 Alumni participants with a large variety of nationalities  joined the #Wetskills10 Years – Home Isolation Celebration for Alumni. This digital meeting (organised for the first time with Alumni) was organised on 9 June 14.00-15.00.

Watch the movie with all the 44 groups of Wetskills Water Challenges last ten years.

Ap Verheggen presented and discussed his project on SunGlacier. Three Alumni from different events were interviewed to exchange their experience, but also what Wetskills brought them for their later career. Wonjung Chung, pitcher of winning team in South Korea, stated that she became more open and direct to meet and tolk to foreigners. Frank spoke about his experiences in Iran and how these are still useful for his job at Waternet Amsterdam utility and Wetskills Team member. Amir Nakar, from Israel and currently doing a PhD in Germany, is still in touch with his peers from the Wetskills-The Netherlands 2018.

After an interactive session with a poll and whiteboard describing Wetskills in three words (see left) Peter Jansen and Eleanor Treadwell (Amsterdam International Water Week) presented their view on increasing cooperation with networks. Also Sebabatso Sedia (Lesotho) illustrated this part by telling the audience about the founding of a Young Water professionals programme in Lesotho and the cooperation with South Africa.

Johan Oost (Wetskills) wrapped up the official programme by mentioning three new events (Denmark, Hungary and India) coming period and the launch of the digital version of Wetskills: W@tskills.

Afterwards the alumni were divided in break-out rooms in order to catch up with friends from their event. Many participants were enthusiastic to see their group and. Some of the groups decided to organise a ‘private’ events later this week to have more time. 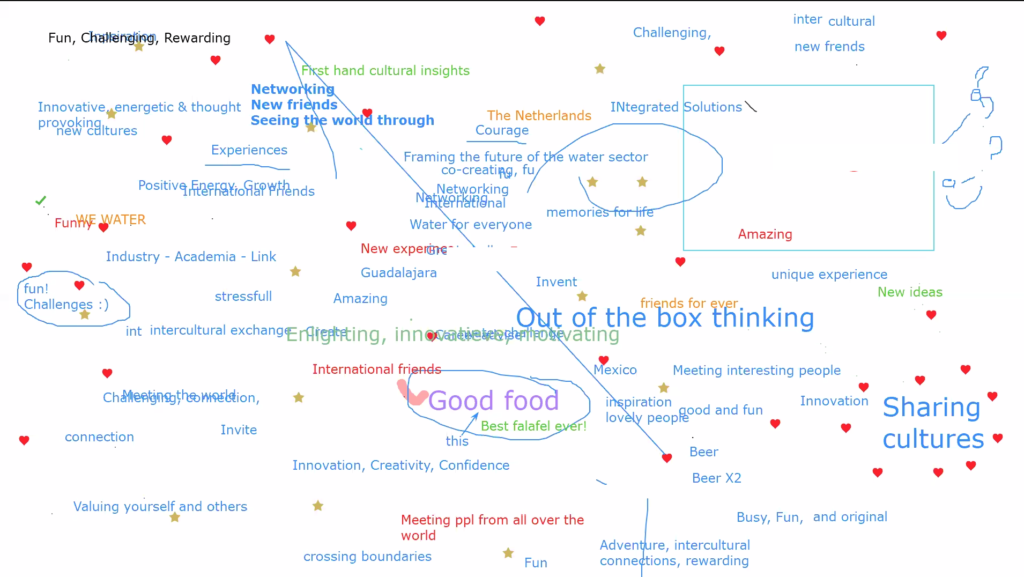