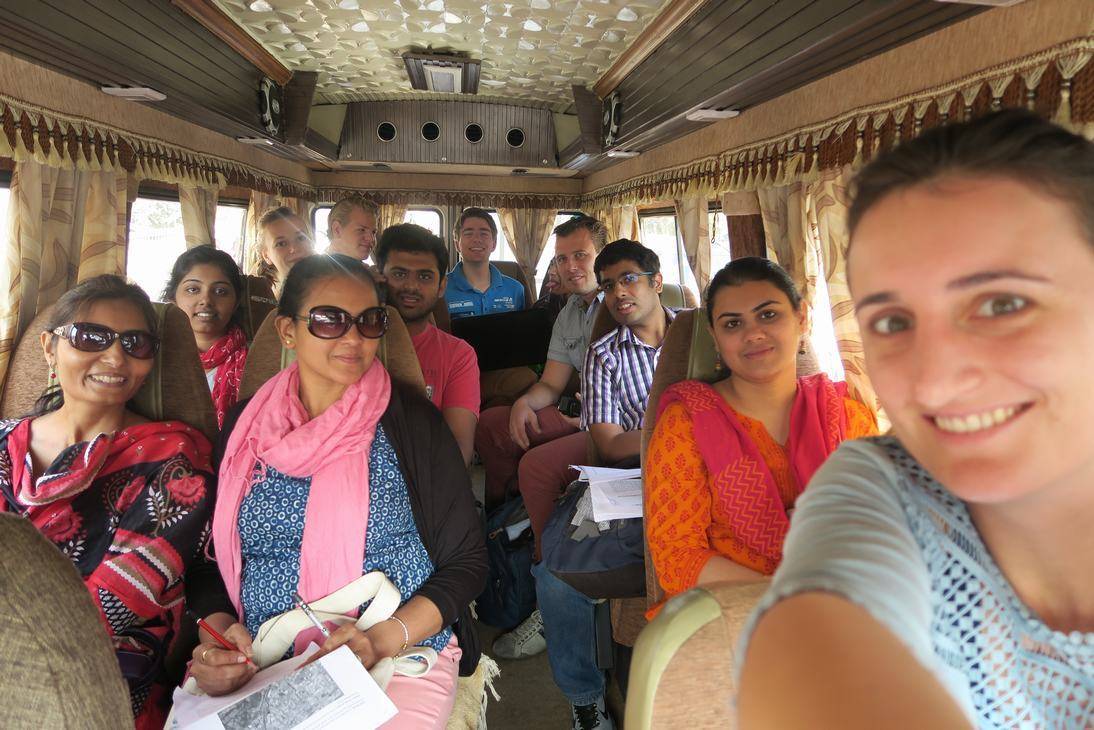 We started in morning in very enthusiastic mood because after two days of class room work this was really happy moment for us. After a long drive in heavy traffic we reached ‘Vatwa’ the industrial area of Ahmedababd city.

We first visited a factory called Novel which converted the waste acid liquid got from various industries into a useful product. Acid was mixed with lime slurry to obtain gypsum, which can be used for cement factory. It was really soothing to see something like this in hard core industrial area.

Evaporation plants where waters having more than 2500 ppm TDS were treated. Lot of heat could be felt there. It must be really hard for the workers every day to work in such condition.

The whole campus of CETP (common effluent treatment plant) was well maintained and kept green as much as possible. But I am sure these people can do still far better. But it was quite satisfying, at least they started working for environment. Due to extreme hot day I was tried physically but lot more depressed looking at the outlets where the discharge of STP (Sewage Treatment Plant) and CETP were thrown into Sabarmati river. I hope something will be worked out by team in coming days!!!